BBQ season is once again upon us. School is out for the summer here in South Texas, and the grills have already been fired up. As you know, the most important part of a successful BBQ is the coals. The Chimney of Insanity by BBQ Dragon ($29.95) helps make the charcoal perfect, quickly and without the need for lighter fluid.

The Chimney of Insanity is supposed to work faster and easier than similar products. I did first notice that the chimney is larger and made much stronger than others I have used. The handle is far enough away from the heat that there is no problem moving the coals and the metal is thicker. The chimney also looks great with the stenciled letters and embossed dragon logo. A unique feature is the 90-degree elbow which allows for fuel to be added to the middle as well as speeding up the process with the BBQ Dragon fan. 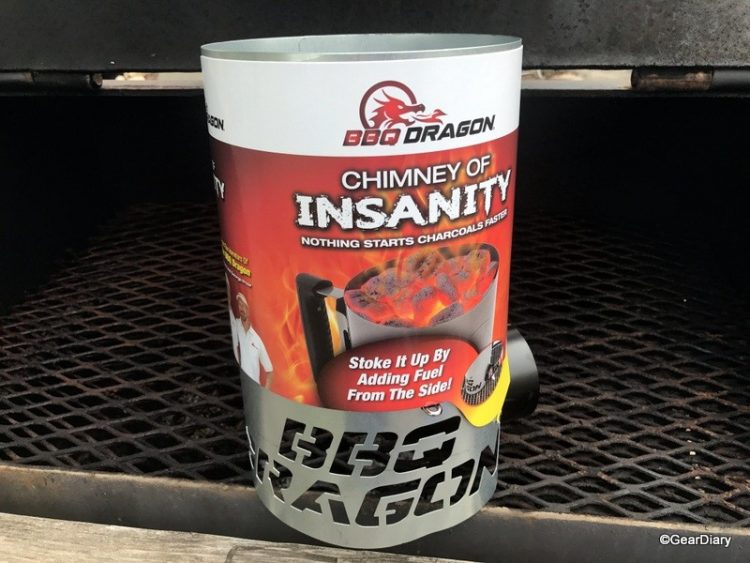 While the Indy 500 was underway, we decided to fire up the Chimney of Insanity and see how well it worked. I filled the tube with charcoal briquettes and my helpers wadded up some paper to place in the bottom to light the coals. 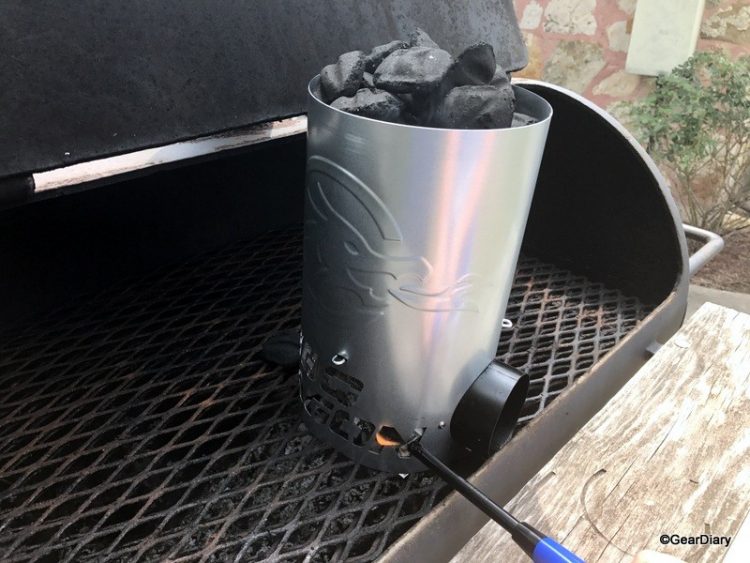 Once the fuel is lit, just let it sit until the coals turn white. We did wait about 5 minutes and began giving some blows into the side tube to speed up the process a bit. I think the use of the fan would really make the fire get moving. That could be something I look to get as the summer moves along. 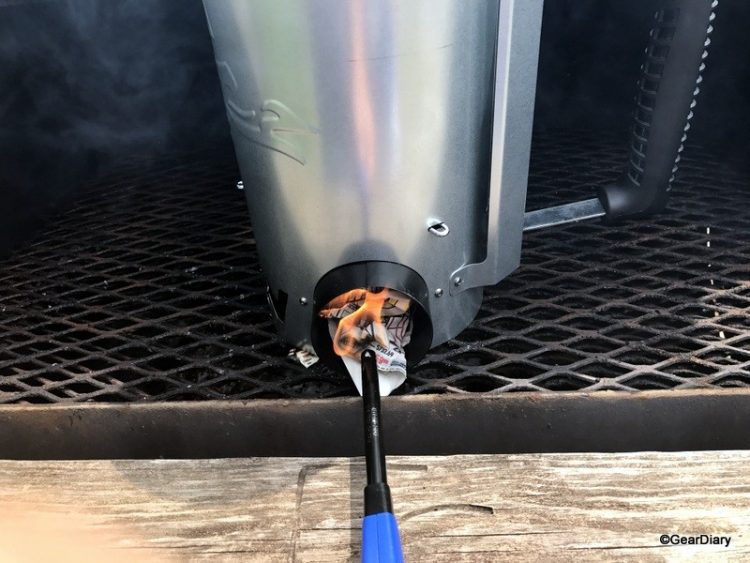 After about 5 minutes, we added some of the fuel to the side tube which is supposed to add some heat to the middle of the coals. Once it began to burn, the smoke and heat really picked up from the top of the coals. We once again blew in the tube once the paper was all burned and the process was really starting to cook. 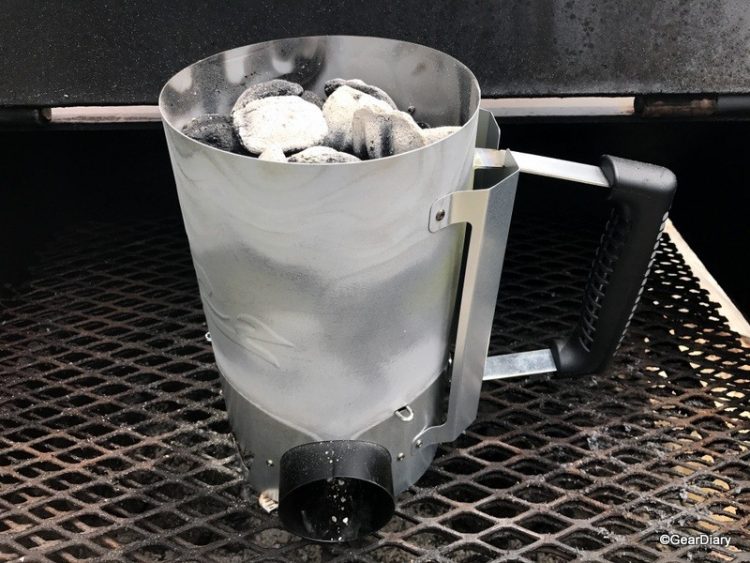 After about 20 minutes, the coals were completely white with a nice orange glow in the middle. The meat was already seasoned and the beans and potato salad were nearly complete. We poured the coals into the pit and added the pork ribs and the homemade deer sausage my boys made with me. 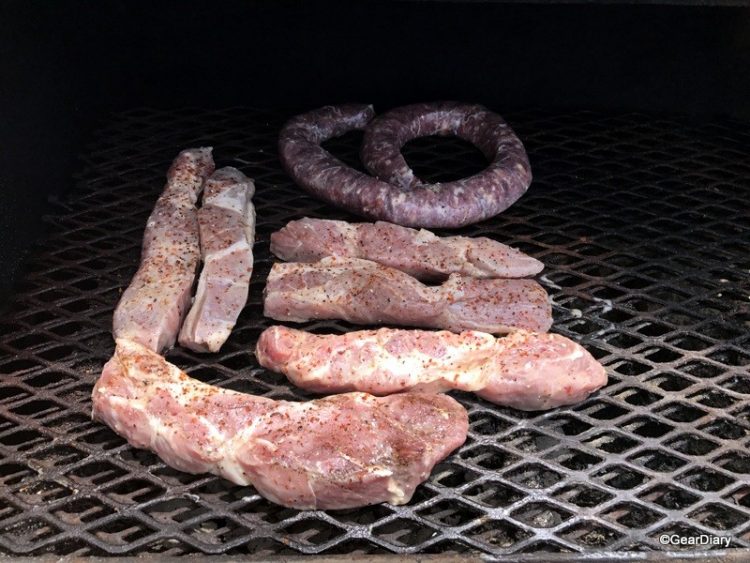 I have used similar products in the past and I can say that The Chimney of Insanity is much better. The materials are of better quality, it is larger and has the added side tube for air flow and added fuel. We went from bag to coals ready to cook in just about 20 minutes without having to use any lighter fluid. I do believe is you couple this product with the BBQ Dragon fan the time for making coals will be cut down considerably. If I ever get one, I will add a review of the product. The ribs and sausage cooked nicely and taste fantastic by the way. I highly recommend starting your summer BBQs with The Chimney of Insanity.

What I like: Built to perform well and last. I think the side tube increases air flow to the coals

What could be improved: I really want to see how well this works with the BBQ Dragon fan