Do you live out in the country or off-the-grid? Have you ever had to contemplate buying, installing, and using one of the many composting toilets on the market? If so, then this post is for you! 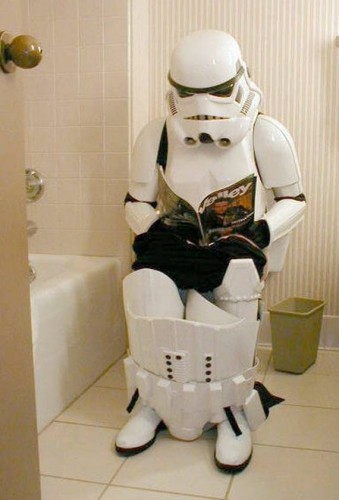 Everybody poops. Animals do it, bugs do it, fish do it, and we do it, too. The only difference between us and the rest of the wild kingdom is that most humans consider poop (ours and other people’s) to be taboo; we don’t want to smell it, we don’t want to see it, we don’t like to talk about it, we certainly don’t want to touch it, and for the most part we want to pretend that the need to do it doesn’t exist. We come up with euphemisms for reasons why we need to slip away to take care of business; in polite society, it is considered rude to discuss the events that occur while we are “indisposed”.

When we poop, we want it to disappear tidily, and when a toilet doesn’t properly handle our poop, we panic!

Defecation is a subject that makes people entirely too squeamish; but because it is a human bodily function and a necessity for healthy living, poop’s disposal is not something that can be ignored.

If you live in a modern city of any size, then you are likely serviced by a city-run sewer system. When you poop, assuming there are no blockages (pun intended) along the way from your house and into the city’s main pipes, your waste is whisked to wherever it is that it goes. Out of sight; out of mind.

Or perhaps you are on a septic system? In that case, again assuming that there are no issues, your poop is carried straight out of your house and into a buried tank, where microbes, gravity, and time will take over. Either way — unless there is a problem — after “going” you don’t usually ever have to give what happens to your poop another thought, right?