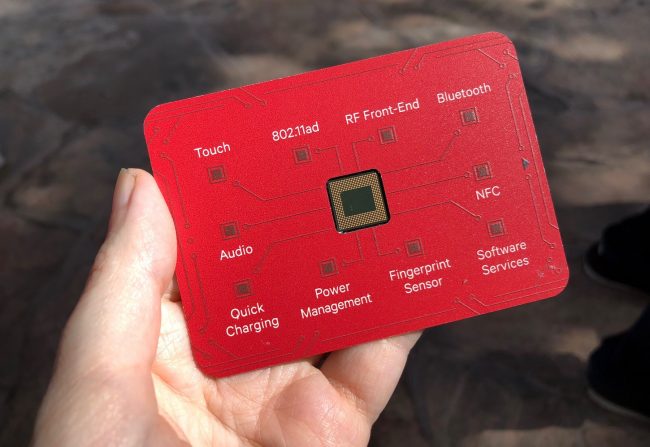 That little chipset at the center is the Snapdragon 845. It’s kinda crazy how powerful that little guy is

Specifically, the Snapdragon 845 is focused on improvements in immersion, artificial intelligence, security, connectivity and of course – performance. 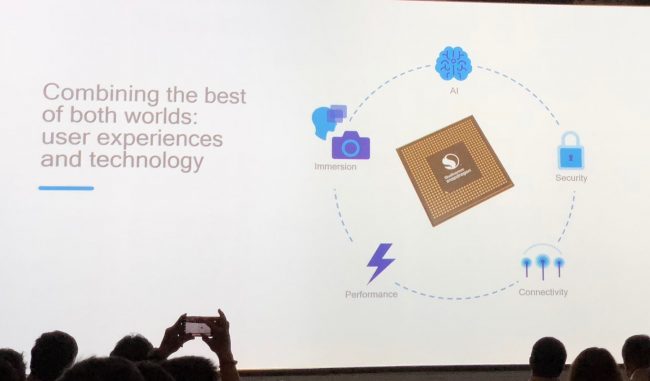 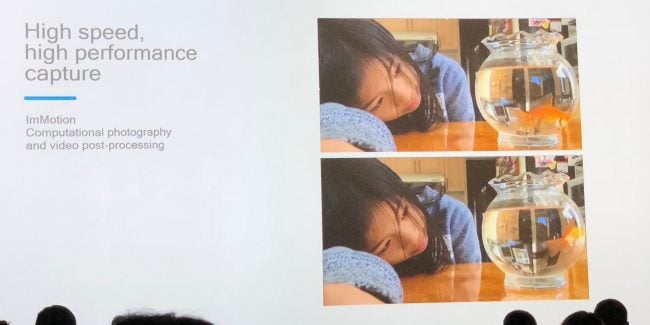 When it comes to taking photos, the 845 will allows cameras to reproduce a larger color volume, meaning your camera will be able to produce richer more detailed photos. If we’re getting really technical, the Snapdragon 845 can support Rec. 2020 vs Rec. 709 that the 835 supports. When it comes to video capture, the 845 will be the first chipset to deliver UltraHD premium on mobile devices. In this case, Ultra HD premium means 60fps with 10-bit HDR – which translates to more life-like, nearly Hollywood quality videos produced on your phone. The 845 can even support 720p video at 480 fps.

Artificial intelligence has come up a lot in 2017 as if it was a new concept for phones – case in point, the Huawei Mate 10 and 10 Pro both come powered by an an NPU with AI support. Apple has also talked about AI on the iPhone. The concept behind AI in your phone is that your phone is able to learn about your usage behavior and optimize your experiences according to that behavior. AI can come into play with everything from virtual assistants, to using your camera, to battery optimizations, and VR experiences. Qualcomm made a point to say that the 845 is actually their 3rd generation chipset to offer AI support, so they are no stranger to this now trendy smartphone technology. But what is new is that the 845 offers 3x the AI performance over the Snapdragon 835. 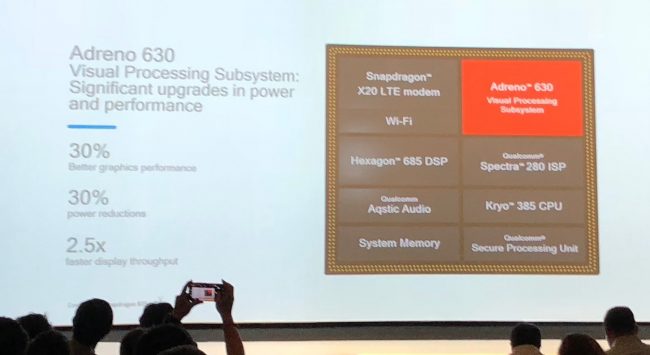 Every time a new chipset comes out we expect performance improvements and the 845 does not disappoint. When it comes to the 845’s CPU – the Kryo 385, you can expect about a 25% CPU performance increase over the 835. That is certainly a significant boost! In regards to AR and VR, the new Adreno 630 GPU inside the 845 introduces faster more efficient processing, that translates to improved performance and more accurate tracking. In total, the Adreno 630 GPU offers about a 30% performance improvement and it’s also 30% more power efficient. Meanwhile, the Hexagon 685 DSP which compliments the GPU and CPU, is a whopping 3X faster than the Hexagon 682 inside of the Snapdragon 835. For some additional reference, the DSP helps compliment the CPU and GPU in areas like image processing, artificial intelligence, and facial recognition processing. 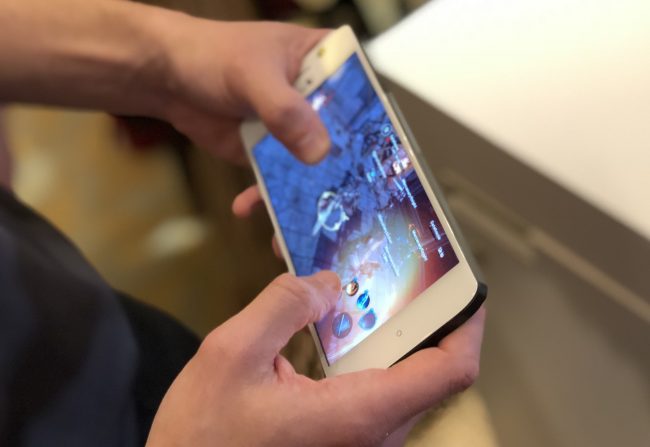 Playing Lineage in 1080P with the Snapdragon 845

All of these performance benefits will come through not just in everyday performance, but they’ll make your experiences with VR and AR a lot smoother. Furthermore, the 845 is so powerful that it will let you play console quality 1080p 60fps games on your phone. We saw a demo where a Snapdragon 845 powered smartphone was playing a custom version of Lineage in 1080p that was made using the Unreal 4 engine. Now that’s a game-changer. Pun intended.

With the increasing amount of mobile devices getting hacked, Qualcomm has come up with an extra level of protection for the 845 chipset in the form of a new dedicated Secure Processing Unit. The Secure Processing Unit is isolated from the rest of system and essentially acts as a vault for your data. That includes data like fingerprints, iris and face scans, security keys, and financial payment data.

5G isn’t quite here yet, but the 845 offers a significant step in that direction with support for Gigabit LTE connectivity. To that effect, its second-gen X20 LTE modem provides 20% improvement in peak and real-world speeds over the Snapdragon X16 modem, with support for 1200 Mbps – of course, it’s up to your carrier to support those speeds. The 845 also offers a no compromise, dual sim dual LTE solution. When it comes to Wi-Fi, the chipset also supports multi-gigabit Wi-Fi. 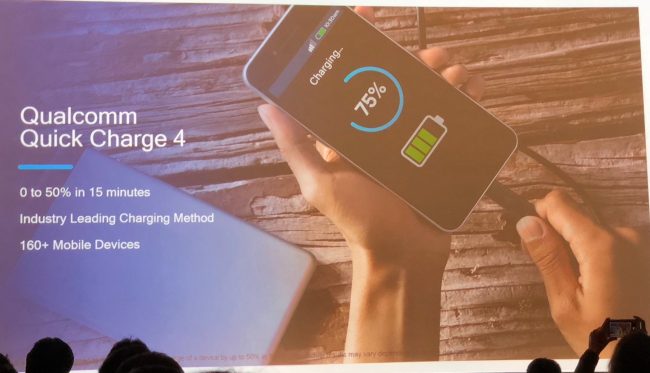 Battery life is always a top priority for smartphone users, and Qualcomm said that the 845 will help improve battery performance thanks to the addition of multiple cache layers in the 845 chipset that help reduce power consumption and increase battery life. Charging is about to get even faster too, thanks to Quick Charge 4+ which charges 15 percent faster than last year’s Quick Charge 4 and up to 30% more efficiently.

“The Snapdragon 845 Mobile Platform is the next horizon of innovation and is going to transform the way people use their mobile devices to make their lives better.” – Alex Katouzian, senior vice president and general manager, mobile, Qualcomm.

The biggest takeaways here is that the 845 looks like it is going to be the mobile chipset to beat in 2018. While manufacturers like Apple and Huawei will most definitely never take advantage of the 845 themselves, most of the other smartphone manufacturers will – and that is really good news for smartphone users buying premium phones in 2018.