Judie and Helena were at CES 2018 and were “wowed” by the Honor View10 smartphone. In fact, it received one of the very first Gear Diary Best of CES 2018 awards! I was excited to check it out and have been using a review sample for the past few weeks. Honestly, it deserved our Best of… award and much more. 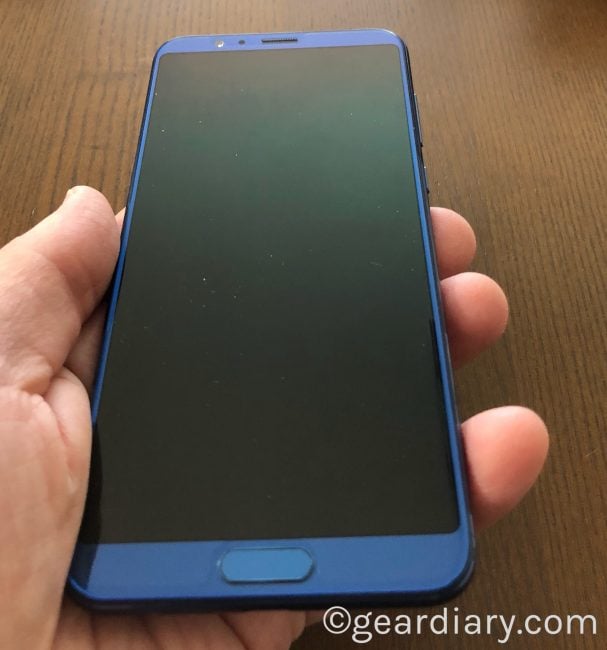 Let’s talk about where this phone is positioned and then dig a little deeper into it. My goal here isn’t to be overly technical; there are plenty of reviews out that do just that, but rather to talk about the experience of using it from the perspective of an individual who loves and relies heavily on technology for both personal and professional purposes but isn’t “technical.”

Last fall, I paid over $1000 for my current daily driver.I like the phone a great deal, but I still haven’t completely gotten past the sticker shock of spending that much for a phone. When I got my hands on the Honor View 10, my question was this  —“Considering that I could buy two of these phones and have money left over for the price I paid for my current phone, what compromises were made to make this a sub-$500 phone?”

The short answer is – not many.

I spoke with Honor some time ago to gain some insight into their approach and business model. What quickly became clear to me that the company is focused on creating devices that are financially “accessible” without cutting so many corners that their feel like a compromised device. That certainly has been accomplished with the Honor View10. Among the ways that they can keep the price of the devices within reach is that they don’t do a ton of advertising and have streamlined their sales approach. (Seriously, just think for a moment how much Apple must spend on its stores and advertising? It’s a cost that is obviously passed along to consumers.)

Also, they look at what features are most important to creating a great user experience and what features might be a reasonable trade-off between price and functionality and left out. So, for example, the Honor View10 doesn’t have wireless charging. I love wireless charging but not having it isn’t a deal breaker. If not putting wireless charging into the device helps keep the price down it certainly seems like a reasonable trade-off to me. Also, the phone isn’t waterproof. That too is a bit of a bummer, but considering I’ve only had water protection on my last two phones, I don’t see this as a big deal either. Finally, the phone only has a single speaker at a time when other phones are going stereo but again, is that a deal breaker? I think not. (The single speaker sounds pretty good and gets fairly loud.) Other than these obvious “deficits,” there isn’t much missing from this device. It looks, feels and functions like the premium device that it is and yet it costs less than $500. 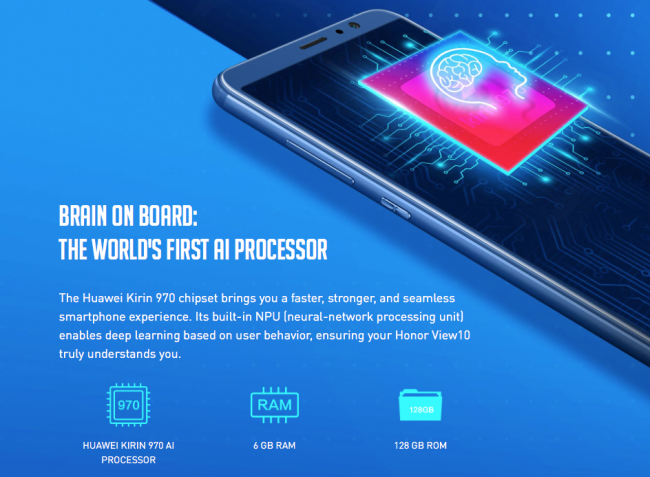 Let’s talk about some of the hard and fast specifications of this device since it will quickly become apparent that Honor didn’t make any compromises here. This phone uses the HUAWEI KIRIN 970 AI processor. This is the Huawei’s most powerful processor and the first processor with AI built-in. As Honor puts it,

The Huawei Kirin 970 chipset brings you a faster, stronger, and seamless smartphone experience. This is the same processor Huawei is using in their flagship phones this year. Its built-in NPU (neural-network processing unit) enables deep learning based on user behavior, ensuring your Honor View10 truly understands you.

The phone runs Huawei’s EMUI 8 skin on top of Android 8.1. I’ve read criticisms of Huawei’s skin, but I don’t see the issue. In fact, it offers some “features” that you will likely just experience the phone being speedy.

It took me a while to begin to understand the importance of the artificial intelligence built into this device and the relationship between AI and EMUI 8.0. Allow me to let Honor explain it in their terms and then to try to translate a bit.

Because of AI technology, EMUI 8.0 understand how you use your phone and allocates resources by anticipating your behavior. It’s always working in the background to make sure your Honor View10 runs smoothly even after months of use. 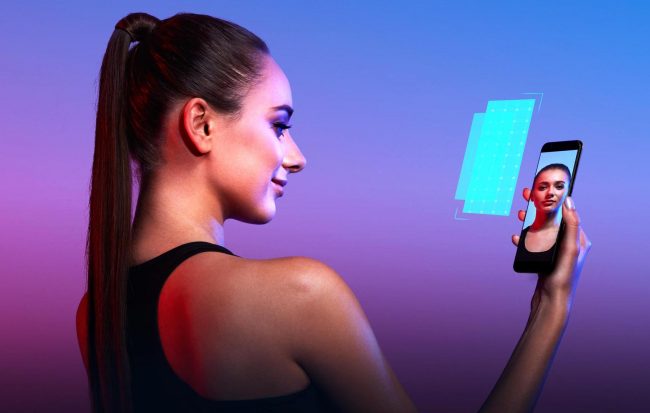 The phone has 6GB of RAM and 128GB of storage. It joins the growing number dual-SIM phones, but you can use the second SIM slot to expand storage up to 256GB via a microSD card. That means this phone can have almost 400GB of storage. I believe that 128GB is the sweet spot when it comes to built-in storage and the fact that this phone comes only in a 128 GB model speaks to Honor’s understanding that 32 or 64 GB simply isn’t enough storage in 2018. (At the same time, for most people I suspect 256GB of storage would be overkill.) 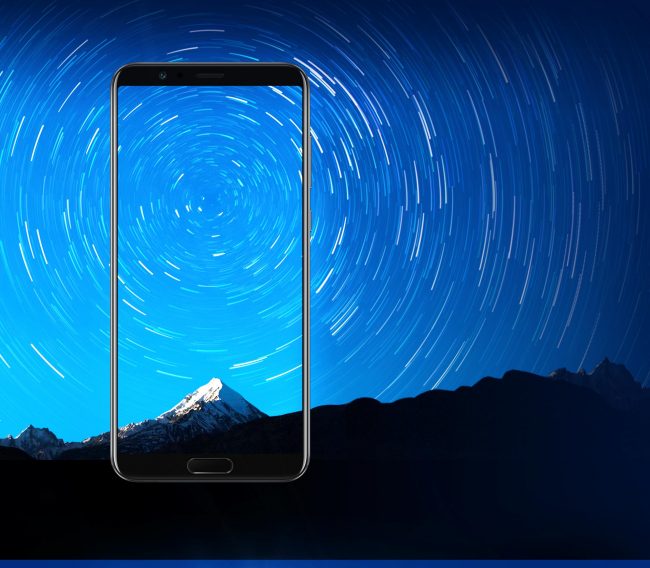 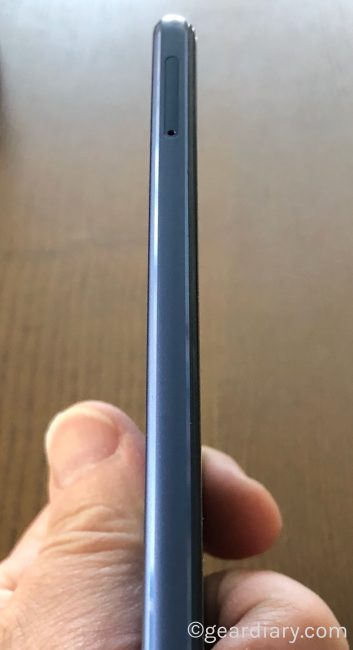 The phone is incredibly thin yet packs in a 3750 mAh hour battery that can deliver five a half hours of gaming, 19 hours of video playback, 160 hours of music playback, 21 hours of 4G browsing for 23 hours of 3G talk. I haven’t checked out these claims, but I can say this phone runs and runs and runs. 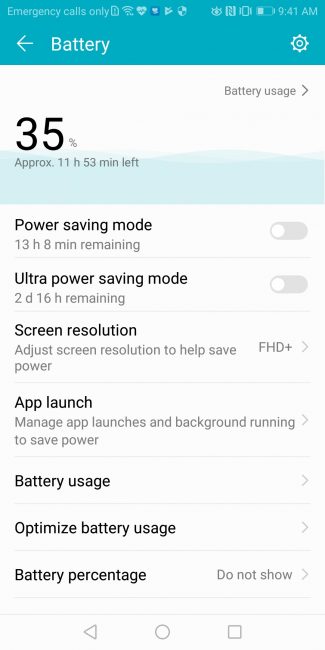 One of the reasons for that is the built-in Smart Power Management capability that learns from your behavior and helps you maintain as much battery capacity as possible. The phone charges quickly and, Honor even decided to go with a USB-C connector! (This is a 2018 device after all) 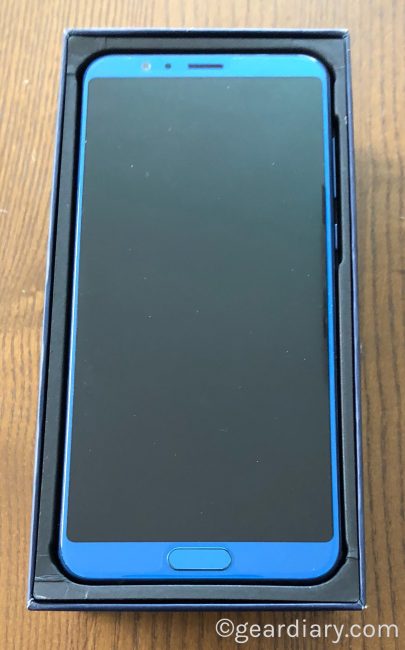