Lenovo knows that deep down, we all want to be Jedis. Who doesn’t look good with a laser sword and a bathrobe? They’ve already tapped into that primal desire with their Star Wars Jedi Challenges Augmented Reality game, and now they’re adding more features, plus a chance to play as everyone’s favorite moody emo darkside guy, Kylo Ren. 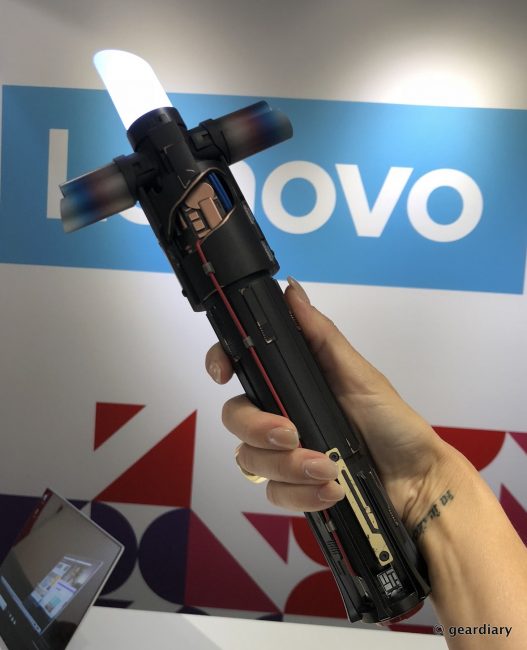 The expansion pack will be free and will add the opportunity to play as Kylo Ren against Yoda, Rey, and others. Lenovo is also adding new multiplayer options where you can command fleets and fight battles against other players. This adds a lot of value to an already pretty great system, which retails for $199 and includes the AR headset as well as a lightsaber controller. Plus it has the added benefit of being built for pretend lightsaber battles, so you won’t risk harming someone by accidentally whacking them with a flashlight you were pretending was a lightsaber (not that I ever did that to my brother), nor will you be risking an expensive model replica (I plead the fifth on whether or not we had lightsaber battles with $300 replicas at Borders). This gives you a more detailed and exciting experience with less chance of harm, so that’s a win! 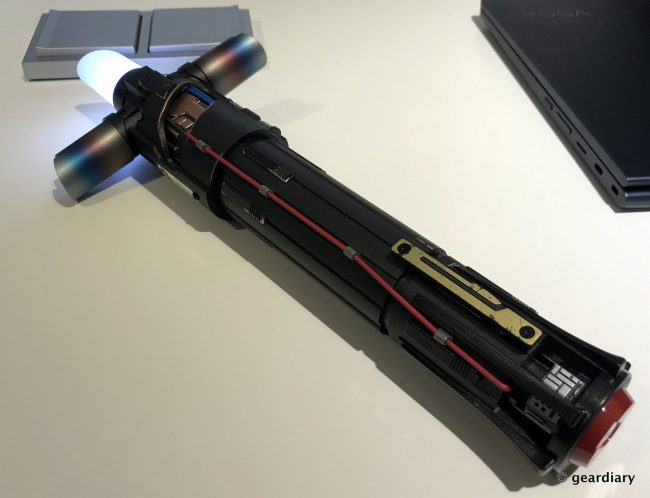 And if you watched “The Force Awakens” and dreamed of singeing your knuckles on Kylo Ren’s crossguard, for $99 Lenovo will sell you a limited edition Kylo Ren lightsaber for your AR battles. Sadly it does not come with those super high waist pants he rocked in “The Last Jedi”, but I’m sure you could just hike a pair of leggings up high for the same effect.

The Dark Side Expansion will be released this fall as a free upgrade, while Kylo’s lightsaber hits this winter for $99.99, so start saving your pennies!