Before we get into Apple’s Keynote announcement where they didn’t announce new Airpods or the elusive AirPower (because it’s indeed in the “air” at this point), let me just say that I plan on getting the iPhone Xs Max, the 512GB version, in Gold. Now that we’ve gotten that out of the way… here we go. 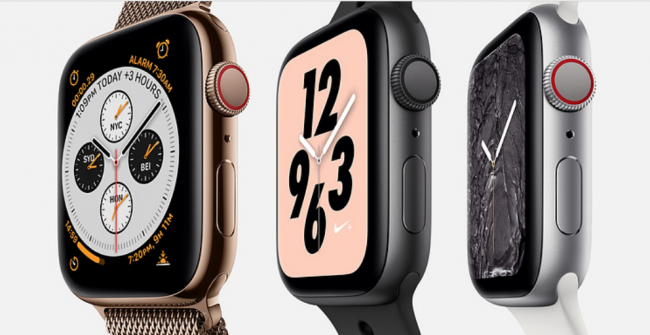 Apple this week did their yearly keynote presentation which was ironically able to be streamed on Twitter for the first time (to shame all with Android devices into hopefully migrating), and to the delight of many Apple fanboys like myself, jump for joy at the opportunity to essentially toss a thousand bucks Tim Cook’s way, for the sake of a couple of spec bumps and camera quality improvements that otherwise we would’ve never noticed if they weren’t highlighted by an unnecessary montage in Cupertino. No no, my friends, this year was different. Because before Apple only gave us one, maybe two devices. in 2018, we received THREE! Because all good things come in trios. Oh, and a new Apple Watch! Joy!

First up there’s the Apple Watch, which to be completely honest with you, I’m conflicted about. Last year, Apple came out with the Series 3, which most people paid about $400 for that came with functional features such as being able to wear in the water (because who wants to continuously take off their watch to jump in?), as well as cool new watch faces. Fast forward a year, and Apple announces their Series 4, which seems to be following the apple method of releasing every year with minor improvements. Will I be purchasing? Absolutely. Why? Because, how else can I spend $400?

On top of that you get features like a louder speaker (50% louder according to Apple), Swimproof, Bluetooth 5.0, an Optical Heart sensor, and now supports ECG, or Electrocardiograms. This allows you as the user to measure the activity of your heart in a more thorough fashion, alerting you of things such as heart palpitations or irregular heartbeats. Apple even had the President of the American Heart Association Ivor Benjamin come on stage and discuss the new improvement. This is really helpful if you have a relationship with your doctor where you cannot physically go into the office to see them so you can send in a PDF document your readings which they can decipher further.

The price all but stays the same with the Apple Watch Series 4, as well as the battery life with an estimated 18  hours (which I’ve yet to ever have by the way). The Apple Watch now also has totally done away with the “Edition” model of the Apple Watch now settling for only one of two options: Aluminum or Stainless Steel. Available for Preorder Friday, September 14th and shipping September 21st, you can find more details about the Apple Watch over at Apple’s site. 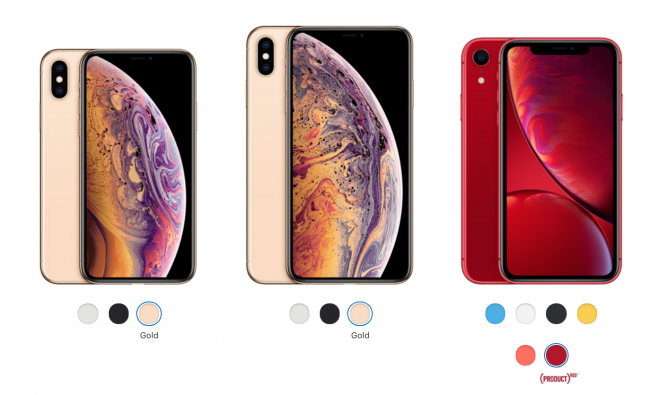 Now to the iPhones, there’s a lot to like, a lot to love, and even more to be confused about. There are three models: The iPhone XR, the iPhone Xs, and the iPhone Xs Max. It took the keynote roughly 11 slides, seven video montages, and multiple buzzwords such as: “Neural Engine”, “A12 Bionic Chip”, and “Enclave” (which set a new Apple record of 43 times of being said in a keynote). The meat and potatoes is this: Each phone is bigger than the iPhone Plus, but some are physically smaller to hold in the hand.

The iPhone Xr (which we assume the R stands for Xtremely Retina?) is the 6.1 inch LCD model that essentially is the substitute for the following devices: iPhone 6/7/SE.

Boasting a “Liquid” Retina display and Aluminum and glass design, the iPhone XR is the more colorful of the three released models. Like it’s other two counterparts, it will have FaceID, TrueDepth Camera, and an advanced camera system that creates dramatic portraits using a single camera lens. Translation: It takes damn good photos, at least better than your last phone! Here’s a quote from Apple:

“iPhone XR helps us reach even more people with the latest iPhone innovations. It is packed with the newest technologies including a 6.1-inch Liquid Retina display that goes edge to edge, the latest TrueDepth camera with faster Face ID authentication, new 7-nanometer A12 Bionic chip with second-generation Neural Engine and a 12-megapixel camera that takes advanced Portrait mode and Portrait Lighting photos,” said Philip Schiller, Apple’s senior vice president of Worldwide Marketing. “The new iPhone XR has a gorgeous new aerospace-grade aluminium and glass enclosure that has IP67 protection from liquids and dust, long all-day battery life and comes in six beautiful finishes. iPhone XR makes it possible for even more people to have the great experience of the latest iPhone X technology, in beautiful new designs, at a more affordable price.”

Arriving in six colors, from everything from white, black, Blue, Gold, Yellow and Coral, Apple even took it upon themselves to not make us wait until Apple and gave us the (PRODUCT)RED model at launch! The iPhone XR will be available in 64gb, 128gb and 256GB models in October when you can pre-order them on the 19th of next month, shipping on the 26th starting at $799 for the lowest tiered model.

Next, there are the iPhone Xs models. Bringing you the biggest displays to date, the iPhone Xs is the “S” model of the iPhone X from last year, giving slight bumps specs to hold you until the iPhone 11 next year. Featuring a 5.8-inch display, the iPhone XS features what’s widely considered by Apple a “Super Retina” display, a faster more improved A12 Bionic CHip (Buzzwords) that features a next-generation Neural Engine, even FASTER Face ID, wider stereo sound, and a new color addition: Gold.

“iPhone Xs is packed with next-generation technologies and is a huge step forward for the future of the smartphone. Everything is state of the art including the industry-first 7-nanometer A12 Bionic chip with 8-core Neural Engine, faster Face ID and an advanced dual camera system that shoots Portrait mode photos with Smart HDR and dynamic depth of field,” said Philip Schiller, Apple’s senior vice president of Worldwide Marketing. “iPhone Xs is not one, but two new iPhone models, and iPhone Xs Max offers the biggest display ever in an iPhone with the biggest battery ever in an iPhone, delivering up to an hour and a half more battery life in your day.”

Out of all of the bells and whistles of this, the highlight of this had to be the introduction of DUAL SIM compatibility. If you live in China, there will actually be a PHYSICAL dual SIM slot with that model of the iPhone Xs and XS Max, however, the US models will get an E-Sim. 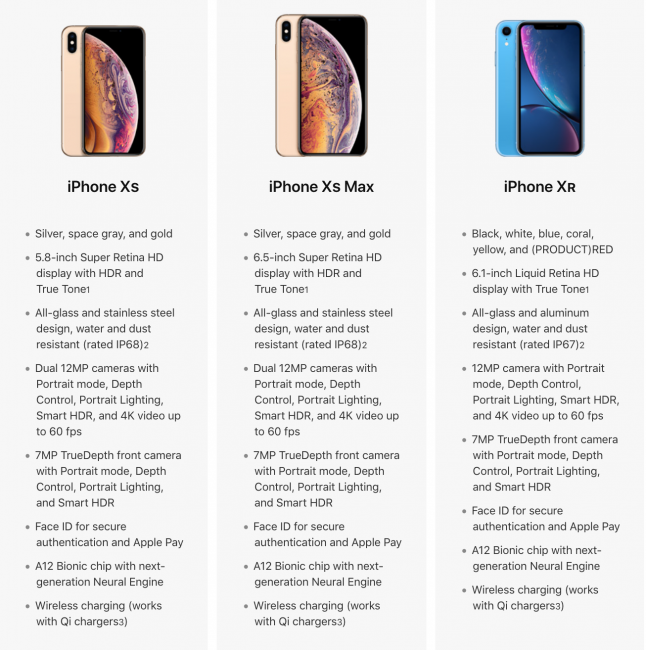 The iPhone XS Max is the true standout of the entire keynote (other than the prices). The iPhone XS Max features all of the superb features that the smaller Xs model has, but in a 6.5-inch display that puts my old iPhone 6 Plus to shame. On top of the A12 Bionic processor being considered the smartest and most powerful chip ever in a phone (also the first ever 7-nanometer chip ever), you’ll get unmatched performance. with a six-core fusion design, you’ll get a GPU that’s 50 percent faster than any other iPhones before it. Also, you get a 12-megapixel dual camera system that Apple attempted to highlight today by showcasing the “Bokeh” feature and its ability to take images and essentially take away or add focus. A lot is the same however as there is no mention of usage with the Apple Pencil, or if the AirPower will be coming.

All in all, the Apple Keynote today was a success, although in a roundabout way. Apple could have certainly summed up everything in a third of the time it took them to say “hey, there’s a spec bump, iOS 12, and a couple of flighty camera features you probably won’t use”. The only difference between this keynote and last year was that if size matters to you, you now have options. And dual SIM. Knowing this, do you plan on pre-ordering any of the announcements devices by Apple?

For more information, you can head over to Apple today.