Some things naturally belong together: Peanut butter and jelly, chocolate and vanilla, 80’s rock and mullets. Then there are those times when you look at a product and wonder if this is a new and exciting innovation or synergy gone mad. iHome thinks the Aquio, a water bottle with Bluetooth speaker, is a good idea. Read on to find out!

Aquio is one of those products that fits a specific niche. You can obviously get a very nice metal water bottle and decent Bluetooth speaker for less than the combined cost of the Aquio, which retails for $59.99, but the idea here is that it’s all in one compact product for you. We’ll get to use cases later, but first I want to focus on the overall quality of the product. 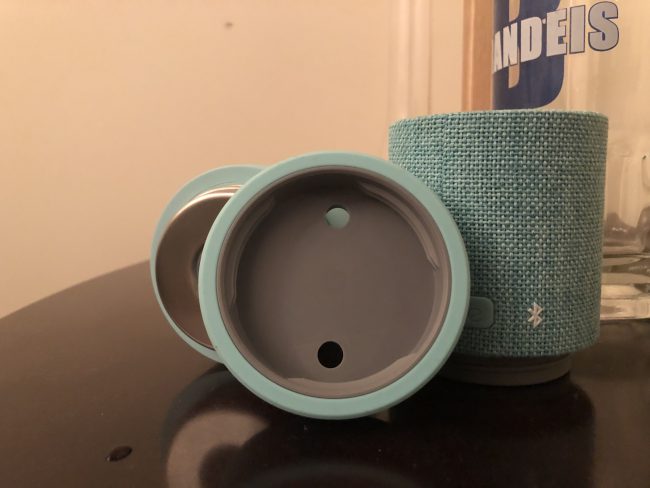 The speaker section unscrews from the bottom of the bottle, and there is a flat base that can be screwed to the bottom of the speaker or the bottle for stability if you’re using them separately. The speaker itself is IP67, aka waterproof for 30 minutes at 1 meter/3 feet. Basically, if you splash it, or it accidentally lands in a body of water, it will probably be probably fine, but I wouldn’t take it snorkeling with you. There is a rubber cover over the charging port and otherwise, the speaker is pretty well sealed, so there aren’t too many spots where water might leak inside. I am not an audiophile, but I found the sound quality to be decent; I tested Rage Against The Machine, and they sounded good — not earth-shaking but crisp and enjoyable.

The water bottle portion is nicely built. It holds 16oz of water, and iHome says it can keep drinks cold up to 24 hours and hot up to 14. I didn’t test this specifically, but I will say that I left it full of water in my car overnight, and while temperatures were well below freezing, the water was not frozen and remained at a comfortably cool temp. The insulation seems good, and I have no doubt iHome’s general predictions for temperature regulation are correct. I have one issue with the construction of the bottle though. The top has a rather thick rubber plug to help seal it, but it does make it tougher to screw the top on evenly. You’ll want to watch that because if it isn’t lined up it will leak. The gasket/plug is removable though, so that’s a plus since the weak spot in all insulated bottles is the rubbery portions. It’s generally prudent to clean those regularly to avoid any mold buildup. 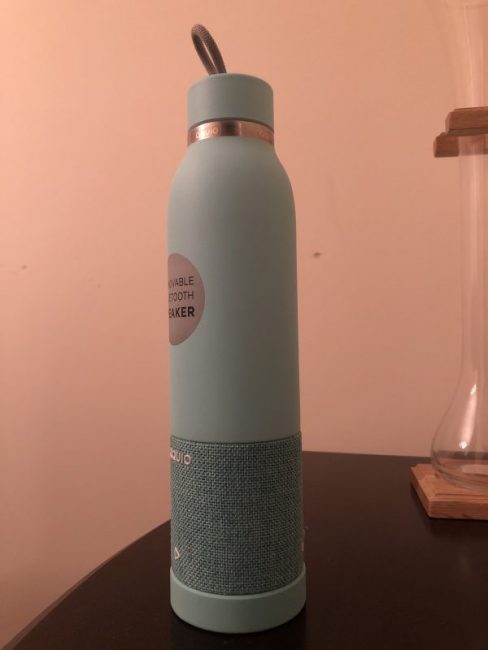 There were two areas where I struggled with this water bottle. One is completely aesthetic: I hate that the top says “Hydrate your soul.” It just sounds like a rejected Lululemon tagline. Also, the loop on the top is elastic, which seems nice, but it means the bottle is going to bounce uncontrollably if you hook it to anything. The bigger issue is where you would use this bottle. Here’s where I was a bit puzzled: As I said in the intro, you can get a decent speaker and solid water bottle for less than the price of this convergent speaker and water bottle. The appeal is that it’s all in one, but it’s heavy as a result. You could use this while working out, but if you’re in a public gym you’re just going to make everyone else very mad at you, which is a bad idea when the people who are mad have access to heavy weights. You could use this when working out at home, but you likely have access to a more powerful speaker at home. It’s also a bit too heavy to comfortably carry while running. 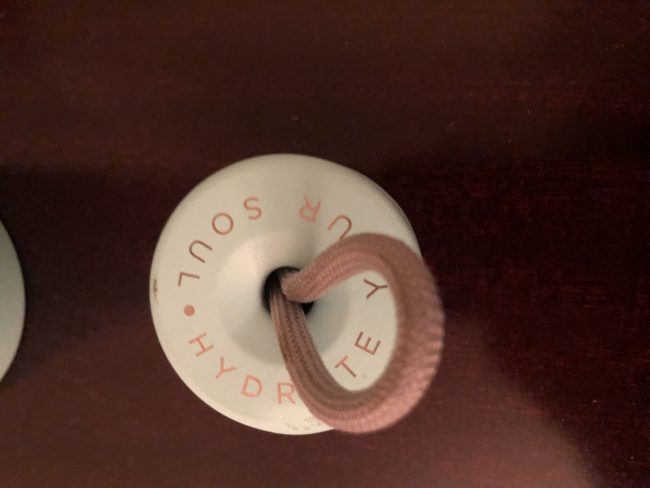 It could come in handy on a hike, where you might not want to wear headphones for safety purposes but still want to listen to some music or a podcast. The bottle is a bit thick, but if you had a relatively large bottle rack on your bike, you might be able to use it for music on a ride as well. I could also see this being handy for camping, especially being able to separate the speaker from the water bottle. Basically, I think it’s a great idea for outdoor activities if the Aquio being a bit heavy isn’t a problem and there aren’t a ton of other people around. No one else likes your music, don’t turn this to full volume on a public beach.

Is it necessary to stick a Bluetooth speaker on top of a water bottle? Not really. Is it fun? It’s a cool gimmick, that’s for sure. The water bottle is good quality and so is the speaker, so if you’re the type that likes to streamline your gear and remain hydrated, this could be an excellent choice!

What I Like: Sound quality is excellent; can take apart the water bottle for easy cleaning; fits standard cup holders

What Needs Improvement: It’s a little heavy; specific use case type of product