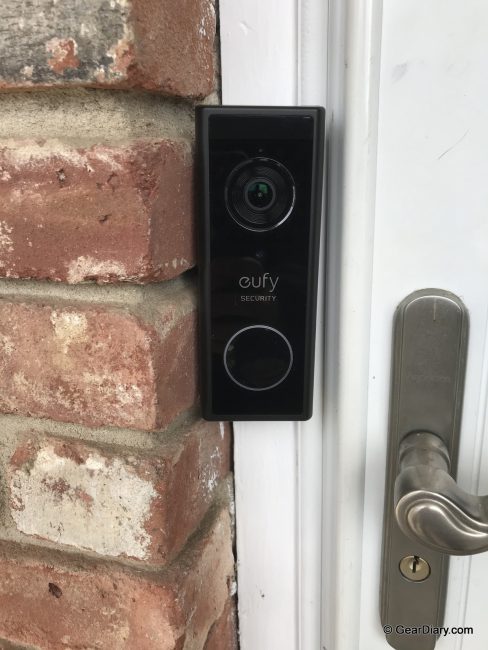 As battery-powered doorbells go, the eufy battery-powered doorbell is a sleek 2.1 inches wide, 1.1 inches deep, and 5.5 inches tall. It comes with a mounting bracket, a 15º mounting wedge, a eufy Home Base, a power cord, an ethernet cable, a micro-USB charging cable, and all the screws and anchors needed to get it installed.  My brother-in-law is a bit apprehensive when it comes to setting up internet-based home technology, as these seemingly simple tasks usually end up taking over his entire weekend. But it appears that eufy has solved this gloriously.

The installation instructions are very simple and the doorbell arrived with its battery 80% full. Setting everything up took roughly ten minutes. To start, he powered up the Home Base and then connected it to the router via the included ethernet cable. He downloaded the eufy Security app from the App Store and created a user account. Then, he followed the simple on-screen instructions for adding the Home Base. The app had him scan the QR code underneath the Home Base, and then took care of the rest. Once the connection was established, adding the video doorbell was equally easy. He clicked the button “add a device” and then chose the doorbell option. The app prompted him to hit the ‘sync’ button on the rear of the doorbell and within a minute or two, the app located and connected the doorbell. Eufy nailed it. He was blown away with how easy it was to set up and install. 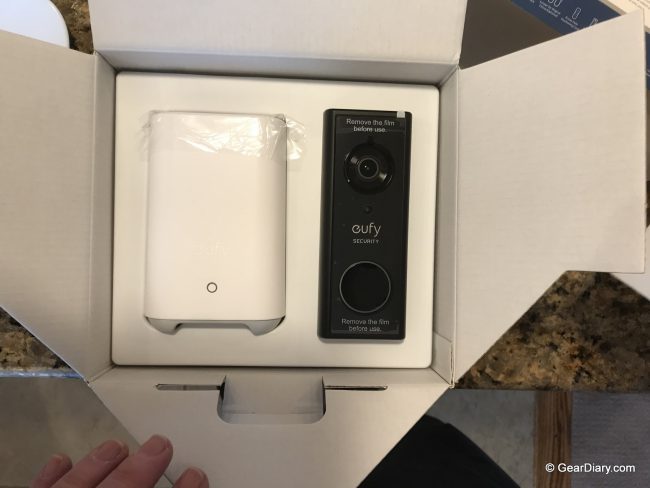 The Home Base provides the ‘chime’ for the wireless doorbell and, in turn, presented him with his next challenge. He wanted to have the Home Base connect to his home network wirelessly instead of via the ethernet cable as his router’s location is not desirable for a doorbell chime. Changing the Home Base’s connection was a piece of cake! All you have to do is open the app on your phone, select “My Devices” from the menu, select the “Eufy Home Base”, click on “Connection” and change “ethernet” to “Wi-Fi”. Once you select your home’s network, enter your password and you are all set! The manual says to make sure the battery is fully charged before mounting, so he charged the battery by plugging it to the Home Base via the included micro-USB cord. The manual states that a full charge takes 6 hours to complete, which isn’t a bad bargain for six-months of run time. 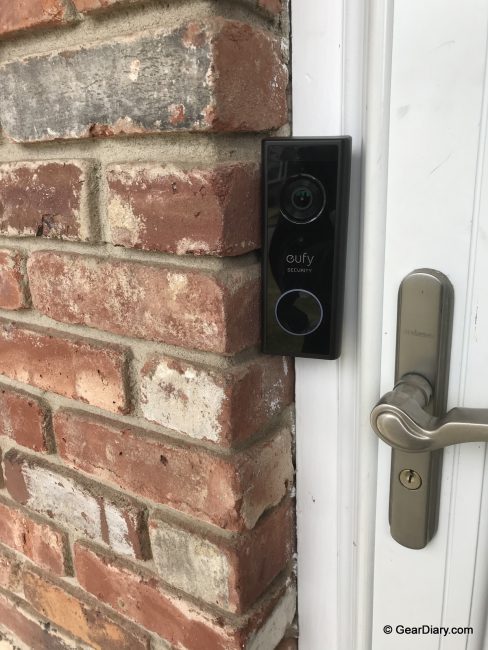 Using the video doorbell has been equally as easy as setting it up. You receive an alert on your phone a second or two after motion is detected or if someone presses the doorbell. The video quality is better than he expected. At 2K, you can zoom in and see quite a bit of detail. The app also provides an icon of the person detected by the doorbell. The video clips are stored on the Home Base’s 16GB of SD internal storage and are accessed easily via the app. Saving and sharing clips is as easy as sharing any photo or video from your phone’s Camera Roll. The app is very intuitive and a breeze to use. You can easily select a single clip or multiple clips from a single day to delete or erase all stored clips by reformatting the SD card via the mobile app. 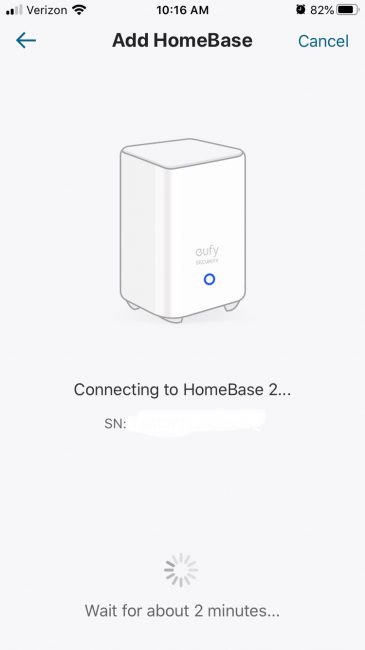 My brother-in-law’s only complaint is that he’d like the ability to make the chime louder on the Home Base. It isn’t as loud as his previous wireless doorbell, but the fact that it also alerts him via phone, it should suffice. Eufy provides jumpers for you to connect your wireless doorbell to any pre-existing doorbell wires/chimes, but he could not test that out as he didn’t have existing wiring. 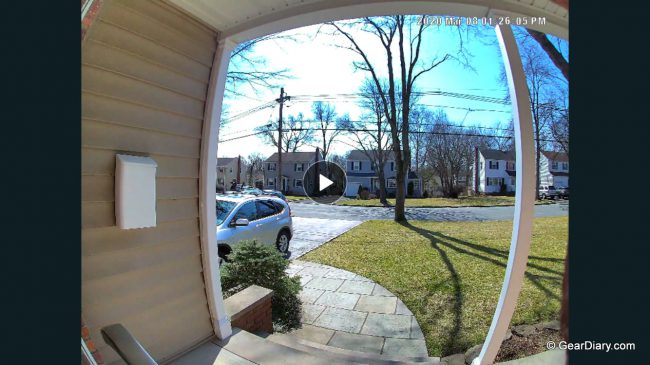 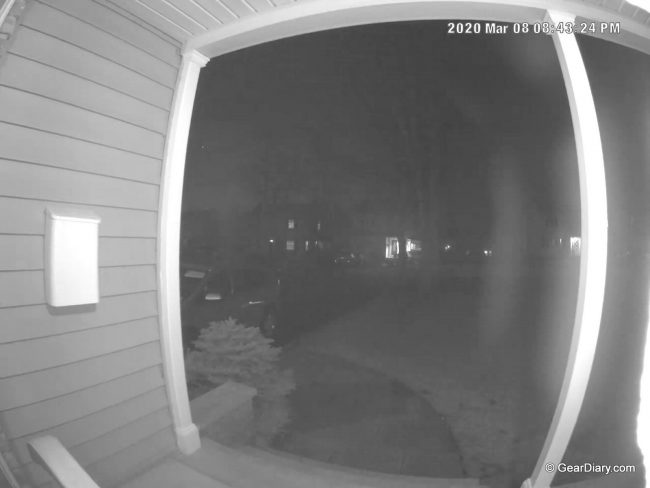 Overall, he loves the doorbell. It fits perfectly on his door frame, which up to now, makes it the only battery-powered doorbell that does! It has tremendous video quality during the day and at night. The sound is clear and the intercom feature through the app is a nice feature he didn’t know he needed!  Set up was effortless and the whole package is available at an affordable price without any ongoing monthly fees. We definitely recommend this product at an affordable $199.99 price tag.

You can get your eufy battery-powered video doorbell for $199.99 from eufylife.com.

What I Like:   Easy to install and setup; Small size; Battery-powered and lasts 6 months on a single charge; Great video and audio quality; Nice app

What Needs Improvement:  The ability to make the chime louder would help