You can’t accuse Lenovo of slacking; they’re continually refining their products to improve already great devices into even better ones. Yoga devices are already impressive, but Lenovo isn’t content to leave them as is; they’ve added all-new updates in both hardware and software to make them even better! 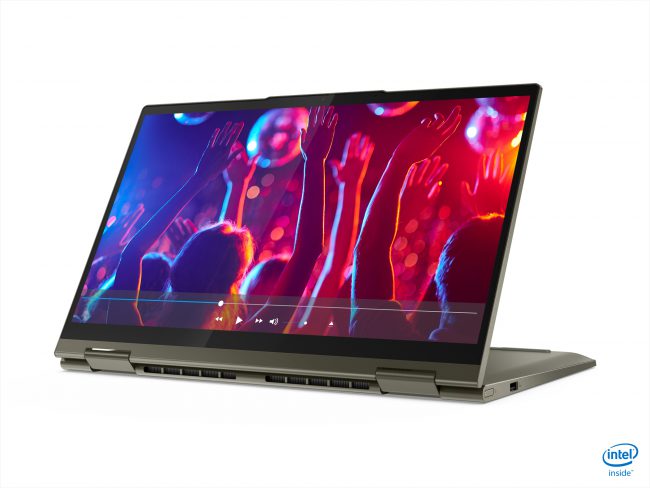 The Yoga 7i will come in 14″ and 15″ screen sizes; these laptops will have the latest Intel insides, 20% smaller bezels, a 70Whr battery (up from 60Whr), Amazon Alexa preloaded, WiFi-6 and BT 5.0 wireless, front-facing Dolby Atmos speakers, Thunderbolt 4, optimized intelligent cooling, a camera bump up from bezel (Nega-notch), and a flip-to-boot feature — where opening the laptop’s lid will boot the system. The laptops will be available in Slate Gray and Dark Moss. Note that Lenovo is trying to make their naming conventions more uniform, so this is an upgrade of the Yoga C740 line if you’re keeping track. The Yoga 7i 14″ will start at $849.99, and the 7i 15″ will start at $799; both models will be coming soon. 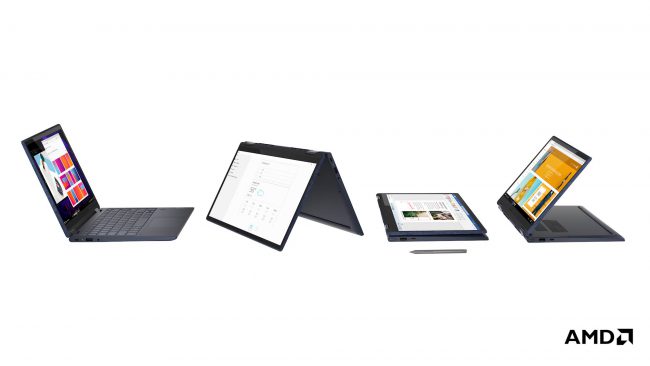 The lightweight 13.3″ Yoga 6 will replace the Yoga C640, so I guess you could call it “the laptop formerly known as the C640”  — yeah, just saying Yoga 6 is a lot more convenient. This model will sport an AMD Ryzen CPU, preloaded Amazon Alexa, WiFi 6, and a “stain-resistant fabric-wrapped top cover.” I’ve been around the internet long enough that I’m not making a SINGLE COMMENT about why you might need a stain-resistant cover on your laptop. Yoga 6 will start at $699.99.

In addition to the hardware updates, Lenovo is rolling out “Lenovo Vantage Smart Performance Services,” which is a fancy way of saying it’s software that will be proactive in keeping your PC running smoothly, including spotting and eliminating spyware and malware. It’s like the stain-resistant cover, but for the computer’s software! Lenovo is aiming for this to start at $29.99 for one year, $49.99 for two years, $59.99 for three years, and $69.99 for four years.