I’ve been tied to iOS the last few years out of necessity, not a choice, so I’m always excited to test drive how things are going in the Android world. The TCL 10 Pro absolutely blew me away; it showcases the best of Android at an extremely wallet-friendly price. 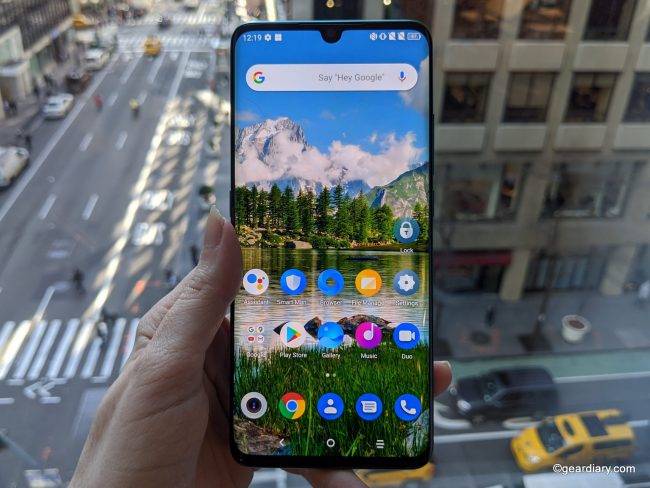 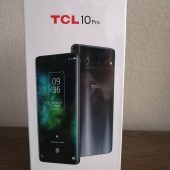 These three photos are compliments of Julie Guarducci, one of the winners of our 10 Pro giveaway. 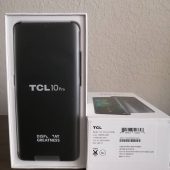 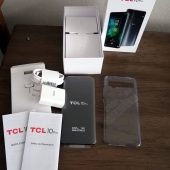 The package includes the TCL 10 Pro, a wall charger, a USB Type-C charging cable, a TPU case, a SIM Tool, and a quick-start guide.

Here’s a quick walk-around of the device. 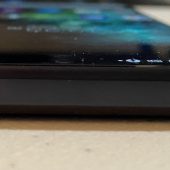 The top of the phone has a microphone and a 3.5mm headphone jack. 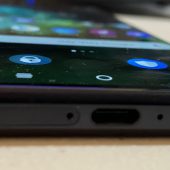 The bottom of the phone has a SIM card/memory card tray, A USB Type-C port, a microphone, and the speaker. 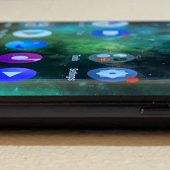 The right side of the phone has a power/display button and the volume rocker. 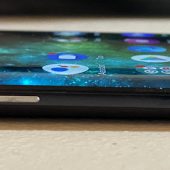 The left side of the phone has a multi-function Smart Key button. 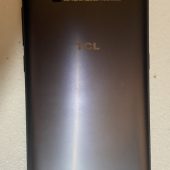 The biggest thing about the TCL 10 Pro is the screen, both literally and figuratively. It sports a 6.47″ screen using what TCL calls “NXTVISION”, which is an adaptive technology that alters the screen to make it sharper and brighter for streaming and subdued for less eyestrain for reading.

You can actually go into settings and specify which apps you want for reading mode, which is great if you’re a news junkie who uses multiple news apps-you can set some or all to reading mode. While it’s not the same experience as reading with eInk on a Kindle, it’s significantly more comfortable than reading with a regular bright screen.

I found the streaming settings to work quite well, too, giving even dark scenes that extra touch of sharpness and detail that made it more pleasant to watch on a small screen. Again, it’s not going to replace watching it on a full-size TV or even a 10+ inch tablet, but it’s noticeably sharper than my iPhone 11. 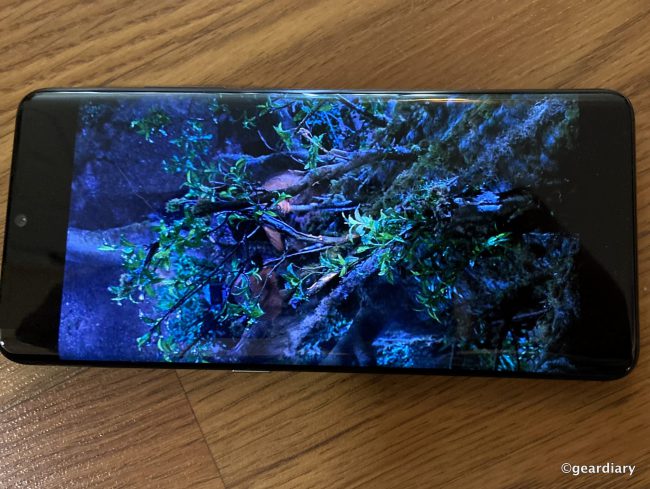 TCL crammed four cameras on the back of the 10 Pro, ranging from a 64MP with autofocus to a 2-megapixel low-light video lens to 16-megapixel super-wide-angle to a 5-megapixel macro lens. 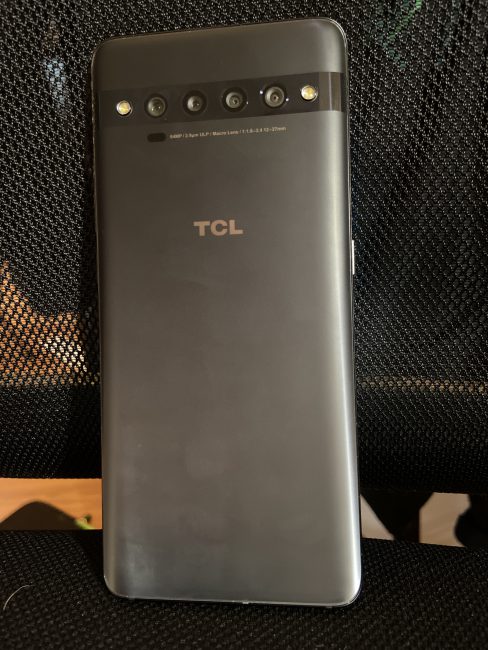 In other words, no matter what shot you need, you can get a good one with this phone. The actual camera software is pleasant to use, it’s very intuitive and responsive, and I had zero issues with quickly snapping shots of my son playing.

I find that “how fast can you snap a photo of a moving child” is a useful metric of how useable a camera is since kids are adorable AND unpredictable, so you want to be quick on the draw. I think the photo quality is very good. While some shots look a little bit oversaturated versus the same ones taken with my iPhone 11, “slightly oversaturated” is hardly a dealbreaker when the camera holds up that well against a phone that costs almost twice as much. 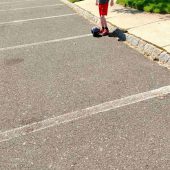 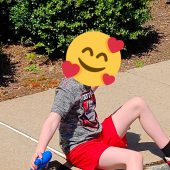 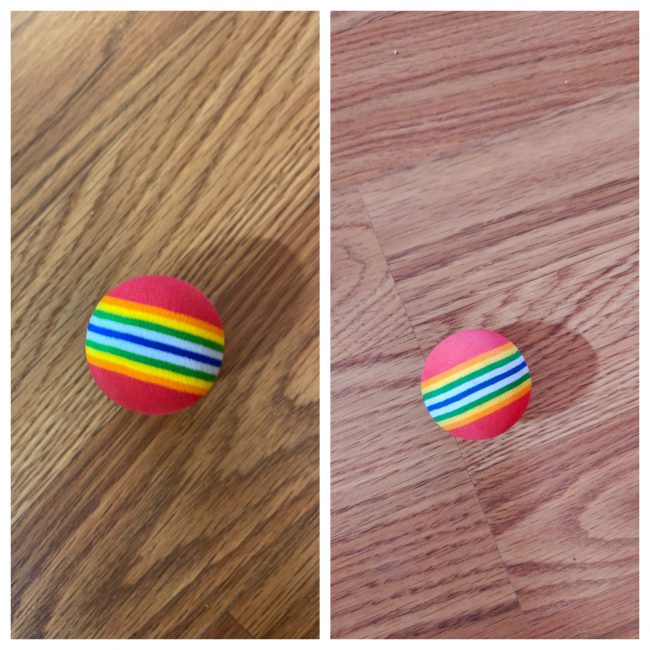 I do not do much with video, but my 7-year-old is preparing for his future career goal as a “YouTuber” by recording videos all the time. He’s not thrilled I won’t let him share his video diaries with the world, but the video quality is good, and he’s had no issues with recording what feels like hours of him re-creating Power Rangers scenes.

There were a few features on the 10 Pro that made me really sad I couldn’t use it as my daily device. First, it has facial recognition, a fingerprint reader built right into the screen, AND the usual PIN/pattern unlock option. I didn’t realize how much I missed having a fingerprint reader until this phone, and there have been times where I’ve had a long shopping list and used the TCL in place of my iPhone solely for the ease of use of the fingerprint reader. It is just so much faster to zip through the grocery store when it takes one tap of your finger to unlock and check your list, versus typing in a full password. Admittedly, due to some employer constraints on my iPhone, I have to use a complex password, and this would be less of a pain if I only had to use a 4 or 6 digit PIN. But still, it doesn’t change the fact that TCL managed to tuck an accurate fingerprint reader under the screen, and it’s one of those little things that make using it so much smoother.

Another cool feature is the Edge Bar.

The 10 Pro has rounded edges, which some people love, and others hate, but TCL did include a handy feature where you can pin several apps and contacts for easy access, plus it doubles as a ruler. Granted, you can only measure 4in at a time, but if watching hours and hours of Odd Squad with my son has taught me anything, it’s that you can use a small ruler to measure any size as long as you mark your place. (It also made my son an absolute whiz at number lines, but that has nothing to do with this phone.) Between this and widgets (do not get me started on how much I miss widgets when I have to use iOS), you can truly customize the phone’s interface to how you work. It just adds another layer of customization, one of those little features that go a long way.

TCL did an outstanding job making the front-facing camera as unobtrusive as possible. It just barely dips into the top of the screen and doesn’t really stand out or look out of place. 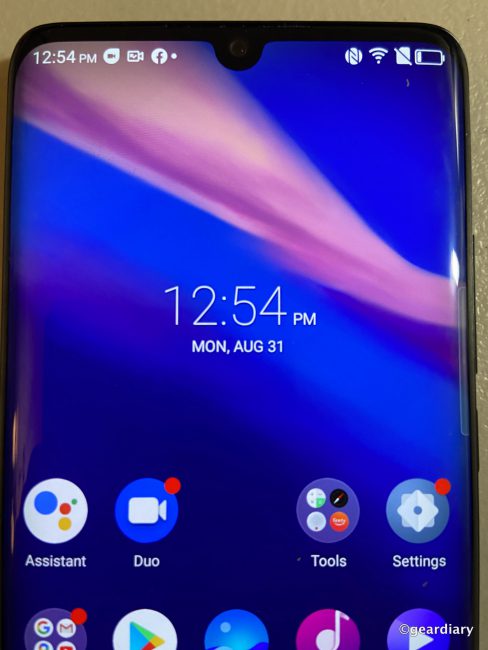 The 10 Pro has a 24-megapixel front-facing camera, and selfies and video chats look great; it has all the beauty filters that you might want to access. I haven’t used it much, but my son’s best friend has an Android tablet of some sort, and the two of them use Google Duo to call each other nearly daily. From what I can overhear, the sound quality on the calls is excellent, as is the video quality.

The battery is a 4500mAh and offers fast charging. I’ve found that it lasts forever! I’ve been charging it 1-2 times per week, and it usually gets between 1-3 hours a day of use by my son. It has Quick Charge, so you can go from 0 – 50% in about 35 minutes. Admittedly, there’s no SIM in it right now, and he’s mostly using Google Duo and occasionally the video camera or Minecraft, but it’s definitely got excellent battery life. There’s also a headphone jack (handy if you lose your Bluetooth earbuds or they aren’t charged!), and a side button that can be customized to bring up anything, which I have set for one tap for the camera, two for Google Assistant, and long-press for the flashlight.

There’s very little to dislike about the TCL 10 Pro. The main issue I see is that the sides are very sloped, which makes it difficult and slippery sometimes, and the curved-edge screen takes a little adjusting, so you aren’t accidentally swiping out of what you were doing. TCL did include a case with the phone, but a few days of practice, and it’s been fine without one. Even after a summer of being in the hands of a 7-year-old, there are no visible scratches or blemishes.

Overall, the TCL 10 Pro is a fantastic deal. For $449.99, you’re getting a solid Android device with a jaw-droppingly good display and several little software tweaks that make using it a customized and smooth experience.

The TCL 10 Pro retails for $449.99; you can learn more about t on the TCL site and you can purchase it from Amazon [affiliate link] and other retailers.

What Needs Improvement: Some photos can be a bit oversaturated; The phone can be quite slippery without a case