The Zvox SB380 is a solidly built soundbar that delivers decent sound and makes dialogue sound even better. The SB380 can be wall-mounted, placed upright on a credenza, or placed “flat” with the speakers facing upward. The SB380 provides room-filling 3D sound from its 35.5” frame, and it is fairly priced. 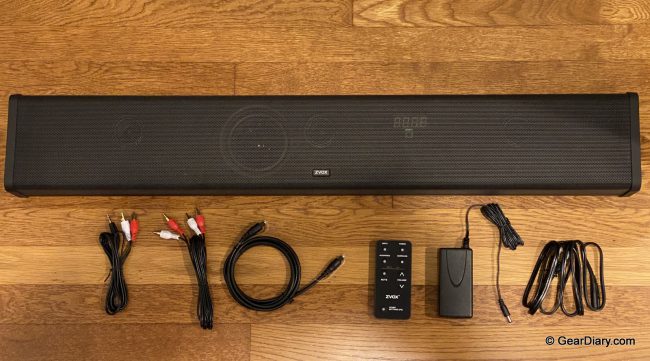 The Zvox SB380 soundbar won’t win any product design awards; as it’s a fairly plain looking rectangular black box with an aluminum mesh grill; however, it sounds better than it looks. There’s a simple four-digit display hidden behind the front grill that only lights up when you press a button on the remote, which is a nice touch to maintaining the sleek look. The display shows the current settings for volume, bass, treble, and PhaseCue surround sound. It’ll also show when you’ve muted the speakers, changed the Output Leveling or AccuVoice settings. 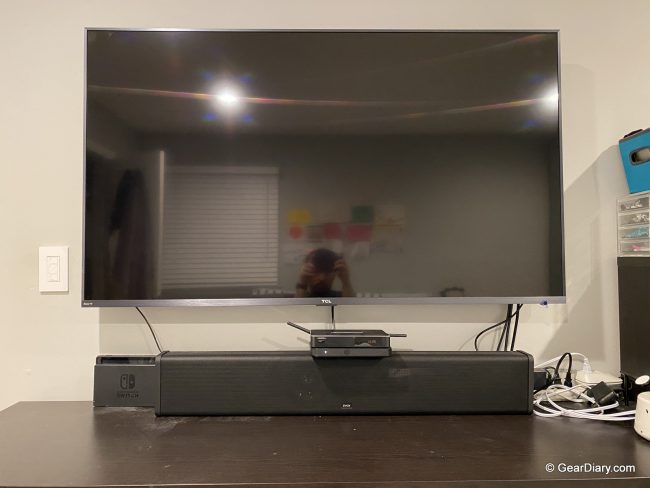 The cabinet itself measures 35.5” wide by 3.3” deep by 5.7” high and weighs 9.8 pounds. There are buttons on the right side of the unit if you misplaced the remote. The unit’s rear is where you’ll find the input jacks, including two Toslink (optical) inputs and one set of analog (RCA jack) inputs. Unfortunately, there are no HDMI ports here, but most TVs still have optical outputs these days. 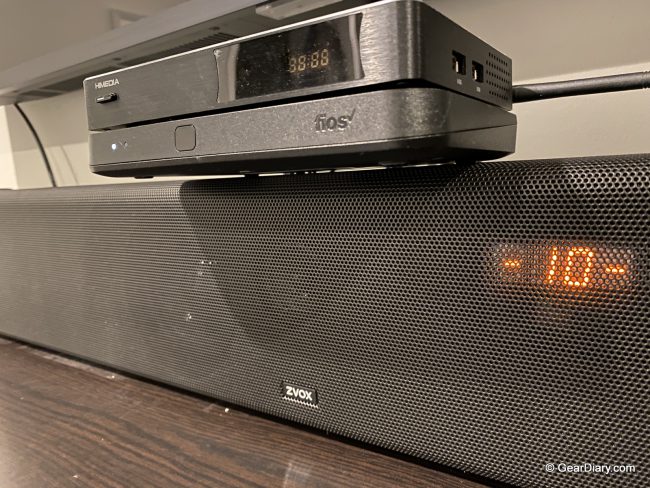 The SB380 uses a 45-watt class D digital amplifier to pump audio out of the three full-range speakers and one 4” subwoofer. The subwoofer utilizes a high-mass longthrow design to deliver room-filling sound. Zvox designed PhaseCue virtual surround sound, especially for their soundbars. PhaseCue is virtual surround processing that provides rich, three-dimensional sound without the need for remote speakers in the room’s back. 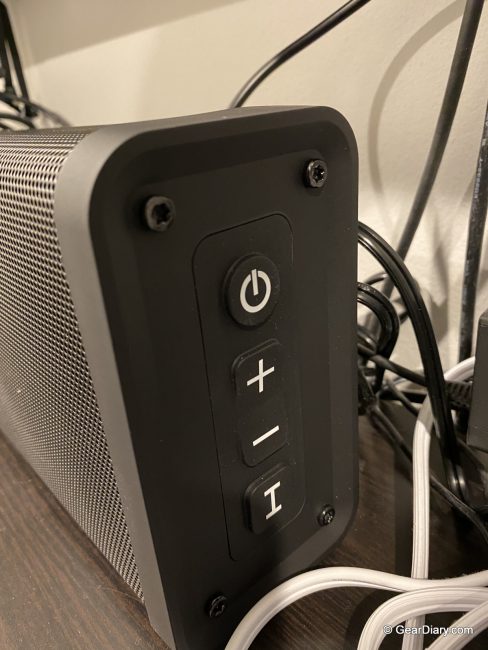 Another neat feature is Zvox’s Output Leveling, which prevents loud commercials from being so jarring. Output Leveling uses an audio processor to make soft sounds louder and loud sounds softer, preventing jarring moments when commercials come on or when you switch channels. It also helps boost audio levels from external audio sources that are not loud enough, like DVD or Blu Ray players. Finally, Zvox also has AccuVoice technology built into the SB380, which has six voice boost levels. This allows you to hear the dialogue in movies and TV shows more clearly while minimizing the non-vocal parts of the soundtrack. It’s a nice feature for older ears. 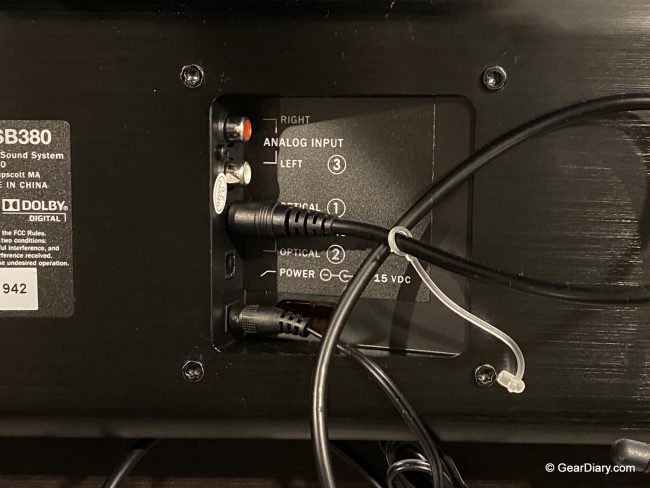 After a couple of weeks of testing, I can confidently say that the Zvox SB380 improves our TV’s sound quality significantly above the built-in speakers we were using before. While the PhaseCue surround sound isn’t as impressive as it would be if you had actual rear speakers, you can tell it’s there, and it’s absolutely better than nothing. My biggest complaint was that it added another remote to our nightstand. We use a TCL Roku TV in our bedroom, and it has all the streaming apps built-in, so we need to use that remote for menu selection, plus we need to use the separate Zvox remote to change the volume of the soundbar. While it’s not as impressive as some of the more expensive soundbars out there, it’s priced well at $199.99 on sale. 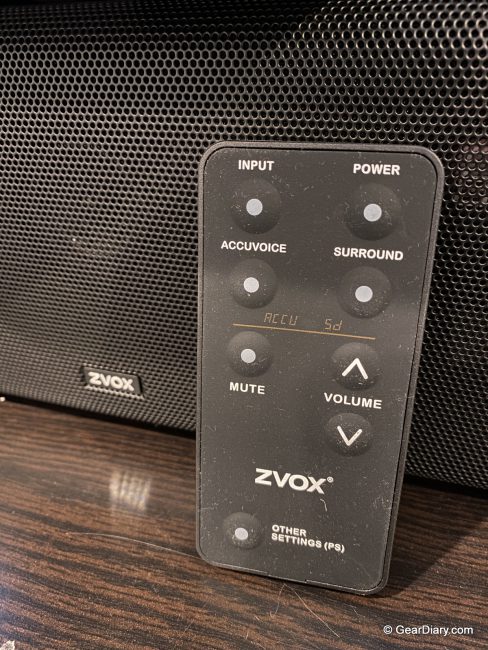 The Zvox SB380 sells for $299 (it is on sale right now for $199.99); it is available directly from the manufacturer and other retailers, including Amazon [affiliate link].