Sometimes you don’t think of two things as complementary, then when you see them together, it all clicks. The first person to combine peanut butter and jelly probably got some odd looks, and we all know bacon makes everything better. Another combo you might not consider, but that works surprisingly well? Led Zeppelin + Stern Pinball = Led Zeppelin Pinball! 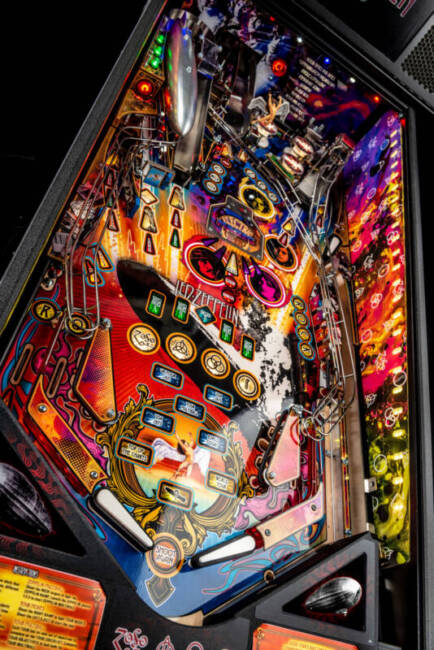 Stern Pinball has been known for making high-quality pinball machines in a tremendous number of varieties-whatever your fandom; they have at least one pinball machine that brings it to a frenetic, ball flinging life. They’ve combined that with some of Led Zeppelin’s biggest hits to make a Zed Zeppelin pinball machine decorated with the legendary band’s artwork and imagery from their albums for a rocking pinball experience!

Check out the trailer below, then start scouring your couch for change because the awesomeness of Led Zeppelin Pinball does not come cheap. The Pro version is $6,199, while the Premium edition with an Electric Magnet Toy that pops out of the field is $7,799. A Limited Edition that includes an autographed arch, exclusive art, a shaker motor, and a sequential plaque will be $9,199 (and only 500 of these will be made!) But really, can you put a price on playing pinball to “Immigrant Song”? Your game room will never be the same!