Carly Z: Carly Z grew up hoping to someday have gadgets as cool as on Star Trek. While she’s still waiting for a transporter beam to be created, the fact that video chatting and tablet computing are no longer science fiction makes her insanely happy. 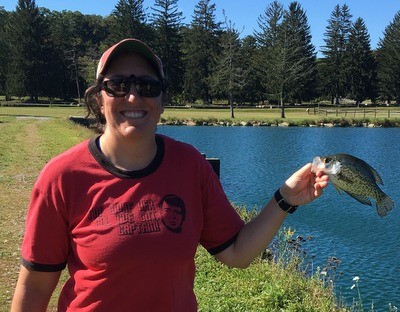 If it’s remotely fitness or health-related, Carly is game to try it. She also reads voraciously and is grateful for the invention of ebooks, as she was rapidly running out of space for both books and basic necessities like food. When she’s not working, she spends as much time as possible outside hiking or fishing with her son.

She lives in NJ and would like to remind everyone there is more to the state than the Turnpike, and no, the entire shore is not what they showed on MTV.

Michael Anderson: Despite living in New York’s ‘Southern Tier’ (more precisely the ‘Crystal City’ of Corning), Mike and his family still consider themselves Massachusetts natives. They love the vineyards and hiking and climbing offered by the Finger Lakes, but miss the Boston influence on arts and shopping. Mike made the move to work as a Statistician with Corning Incorporated, famous for products such as Pyrex and Corelle, but now the biggest maker of optical fiber, LCD flat panel glass, and ceramic filters for car and truck engines. Mike has been a techno-junkie for ages, mixing a love for gadgets, computers, electronic music making, and video games. From the Apple ][ to the HP 200LX to a new MacBook Pro powering Mac & Windows games and music software, he has had his fingers in nearly every generation of device … except for phones, which have remained fairly utilitarian for him. This hasn’t been helped by restrictions at his last two employers, including a ‘no camera’ rule at Corning. His main gadgets right now are a new 15″ MacBook Pro, a Lenovo s10 netbook, a Dell Axim x51v, a Nintendo DS, a Sony PSP and a Motorola Z6cx phone.

While not crunching numbers for Corning, Mike and the family enjoy spending time outdoors and generally doing stuff together – anything from hiking and biking to watching movies and playing board games or thrashing around playing Guitar Hero World Tour.

Joel McLaughlin: Joel is a system admin for a local college in Columbus, OH. He is married and has one son. These people also try to curb his techno gadget lust, but fail, most of the time! His passions in technology are Open Source, UNIX, Handheld computers of all sorts from the Nokia Internet Tablets to Pocket PCs and the new UMPC’s that are coming out. He also tends to be pretty mobile. When he knows of an issue with one of his servers he wants to fix it NOW!

Travis Ehrlich: Travis has been a high school teacher and coach in a small South Texas town for eleven years.  His love for gadgets began at a very early age, and he has been a cross between a jock and a geek for most of his life.  He has two boys (ages 4 and 2), and a wonderful wife who lets him be a gadget freak. Travis has a Masters of Education Administration from Lamar University.  He is a fairly new Mac convert and has drunk the whole pitcher of kool-aid!  He is also an avid guitar player and turns handmade pens whenever he can find a spare moment.

Perry Brauner: Perry is an Architect from Livingston, New Jersey who always tries to take advantage of the best technology that’s available to him. 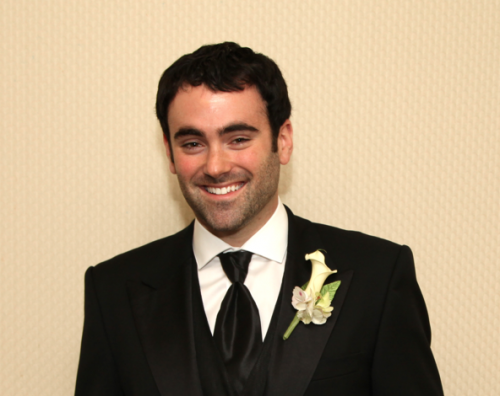 From the moment he got his hands on a Nintendo controller at the age of 5, he knew that technology would be a big part of his life.  He uses both Apple computers and PCs regularly and enjoys building his own Home Theater PCs which combines his love of movies and TV with his love of gadgets.  Perry is a fan of all iDevices, although he has a lot of experience with Android as well.  His love of video games that began with the NES has continued all the way to the Xbox 360 and now the Xbox One and he loves to keep up with the latest and greatest games.

When he’s not playing with or writing about gadgets, Perry is a big sports fan, especially following the New York Yankees and the Philadelphia Eagles.  He also inherited a love of cooking and baking from his mother.  Perry married his wife Stacey in July of 2013 and could not be happier that she also shares his love of technology.

Greg Alston: Greg is based out of Washington, DC, where he has lived his entire life. Working full-time as an Office Assistant Manager and Notary at one of the 50 largest firms in the US, he finds every opportunity to follow his true passions, writing, and technology. 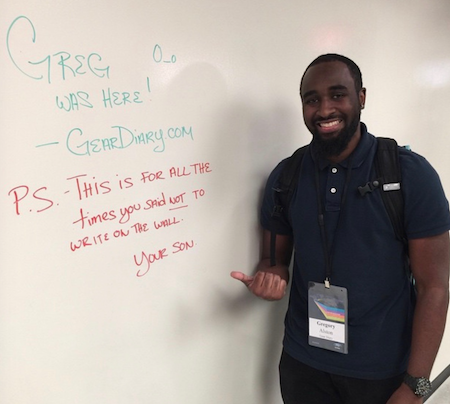 Writing since the age of three, Greg grew tired of reading reviews of the same products he would purchase and decided to take it upon himself to write more honest reviews that the average consumer would respect. Being a fan of technology at an early age, Greg regularly talks about new products he’s seen or products that he’d like to try. When he’s not talking geek, Greg is usually traveling, on the beach drinking bourbon and eating lobster rolls, or rooting for one of his favorite teams, the Chicago Bulls, the Arizona Cardinals, or the Washington Nationals. Recently, he’s also discovered his love for cooking and enjoys trying out new recipes on his family at every opportunity.

Tejas Nadkarni fell in love with technology at a young age, whether it was because of his love of Nintendo video games or learning the workings of his old Windows/DOS computer is still a mystery. He went to college for computer science and loved it so much that much later on in his life he went back for a graduate degree on the same subject just because he loved it. Sadly by the time he started working the dot com bubble had burst, so he ended up spending most of his career in the financial services industry working on a variety of technology projects to feed his passion. 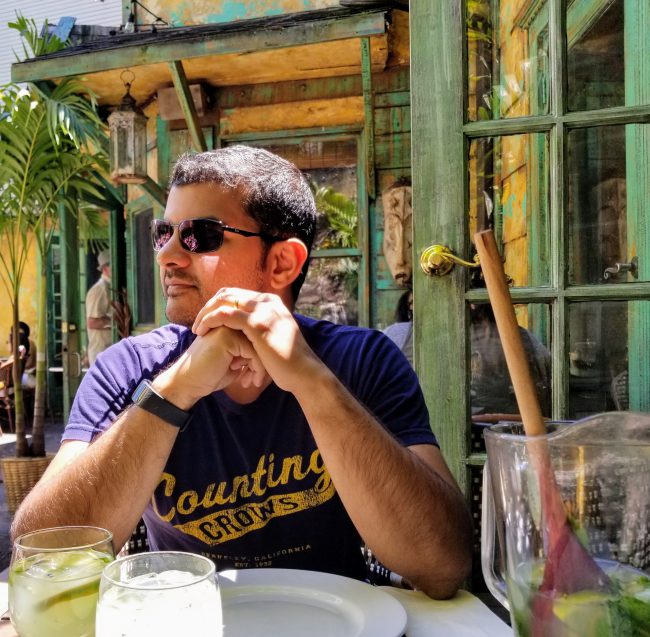 Today Tejas lives in NJ with his wife and two kids where he tries his best to balance his want of all new tech and gadgets with the responsibilities of having a family. His favorite tech for the last several years has been smartphones and while he has had both iPhones and Androids, he has become a strong Android supporter over the last few years. Tejas has driven to be on the bleeding edge of any tech so you will often find him participating in betas and pre-ordering products as soon as they’re available – so far it’s been working just fine! 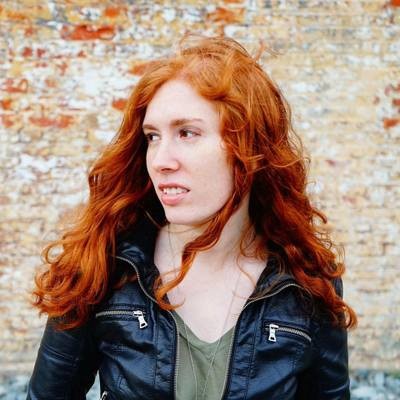 Helena Stone: Noticing that there was a void of female influence in the technology blogosphere, Helena started Chip Chick in 2004. The site grew to become the no 1. tech site for women, which she ran as Editor-in-Chief until 2017. A native New Yorker, Helena holds a Masters in Digital Imaging and Design from NYU. Helena has been featured on MSNBC, Wired, ABC News, People Style & Watch, Time Magazine, Woman’s Day magazine, and other major news outlets. And when she is not busy testing out new gear, she can be found trotting the globe, looking for the next hot gadget. 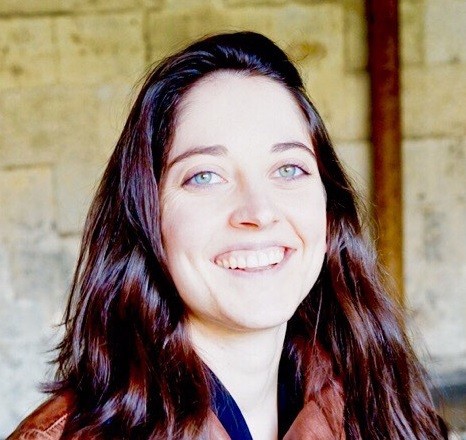 Chloe Becquet: Hailing from the land of Oz, Chloe enjoys chasing rainbows with her Sony A77 and iPhone 7 Plus. But asides from being our resident photographer and digital imaging buff, Chloe also offers an opinion on all things IT.