While perusing eBay Motors, I stumbled upon a gem of a vehicle, one I just had to share. Have you ever seen such a cutie? Meet the BMW Isetta 600, circa 1959. This auction is for the larger model, not the more commonly seen little egg-shaped version. Well, “commonly seen” is said tongue in cheek, because I think the last time I remember seeing an Isetta was in the late 80s Depeche Mode videos “Behind the Wheel” …

According to an auction I found on eBay, this Isetta 600 has been “meticulously restored to the original specifications with over $25,000 invested.” 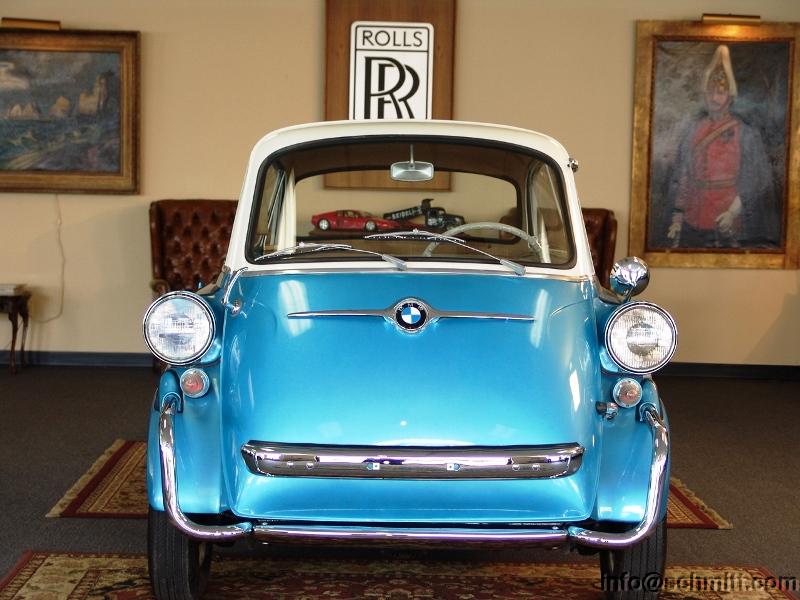 Designed by Willy Black, BMW 600 was created like an Isetta enlarged, but with the power and conventional appearance of a car with four wheels.

What a treasure trove of vintage information this auction is! 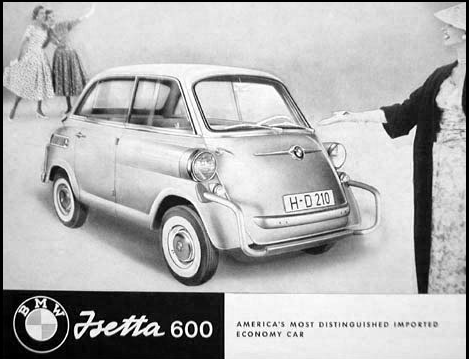 Take a look at Elvis in his Isetta… 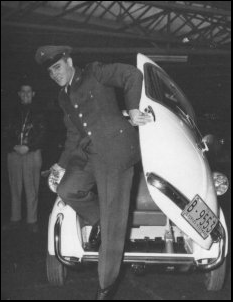 …how cute is that? According to the auction, “while stationed in Germany, the King made a mark with 2 of BMW’s famous cars of the 50’s, the BMW Isetta and the BMW 507.” I bet Elvis drove the smaller Isetta, though. 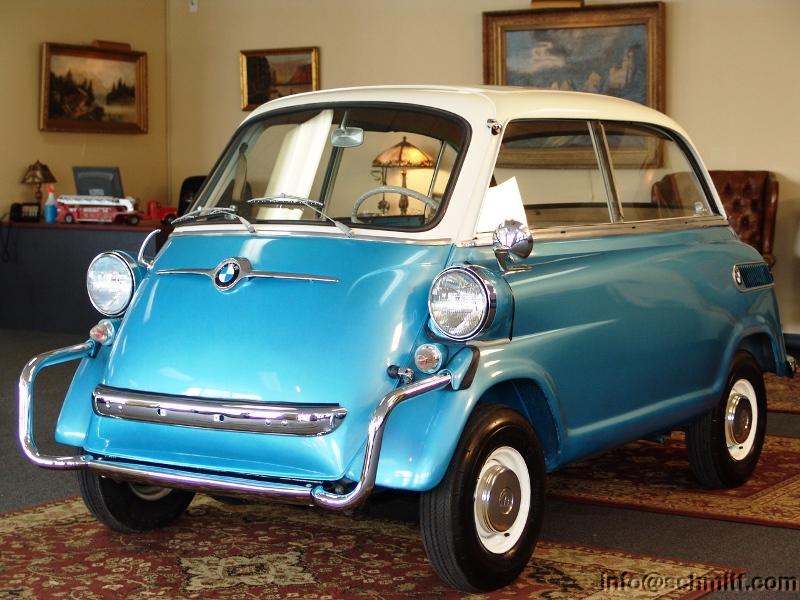 The front part as well as the back are almost one copy of Isetta 300, but the chassis of the BMW Isetta 600 was ampler, as for four passengers comfortably seated and had two doors, the habitual advantage and a lateral right. A conventional axis in the back wheels settled, independent suspension whose design was used by but of four decades, settled the motor to him of the R67 motorcycle, but powerful that the one of Isetta 300, and with a 100 speed of east Km/hora model was very novel. A gear box of four marches and one automatic version semi, the Saxomat, for the market of the USA, completed the picture. During the time of manufacture, two years, were only made 34,318 units of the 600, mainly due to their equal price or superior to vehicles of better characteristics than they made in that time. 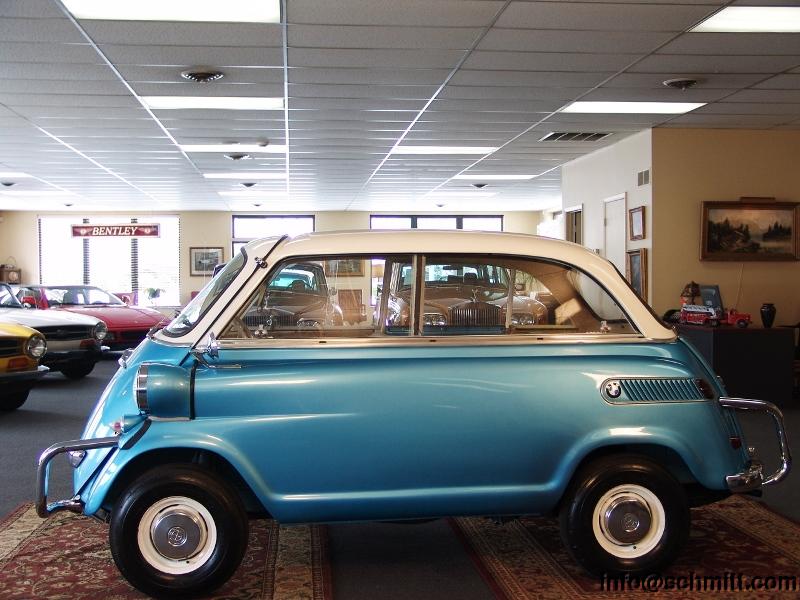 How can you look at this little fella and not smile? The BMW Isetta 600 has got so much character! 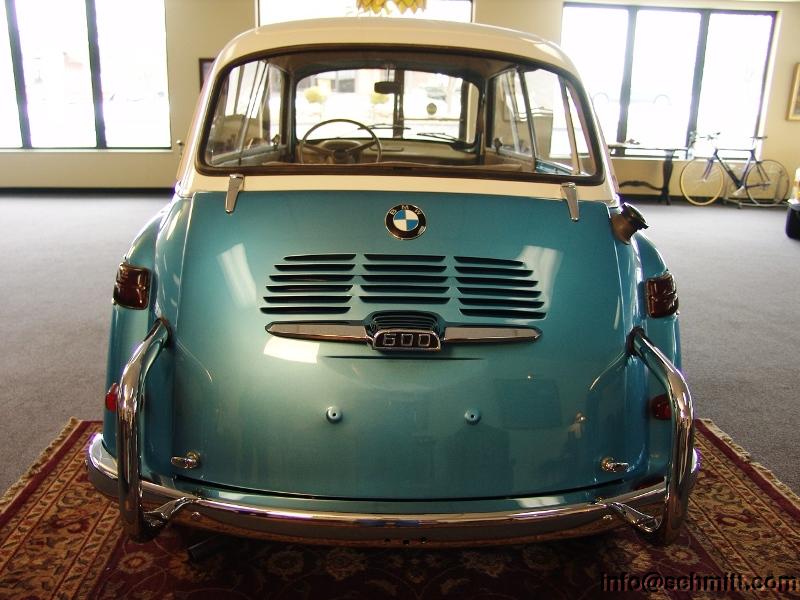 I’m not sure that I would be able to get used to entering my vehicle from the front end, it seems completely unnatural! I’d like to try it, though.

I wonder if the spare tire was considered extra knee protection in case of a crash? 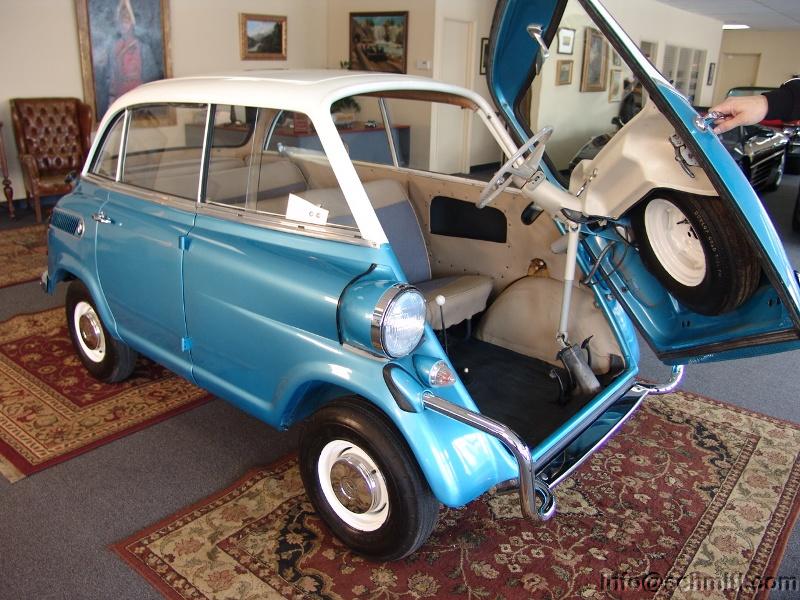 At least the rear passengers get a proper door, though not much leg room. But on the other hand, who needs leg room when tooling around in such a rarified ride! 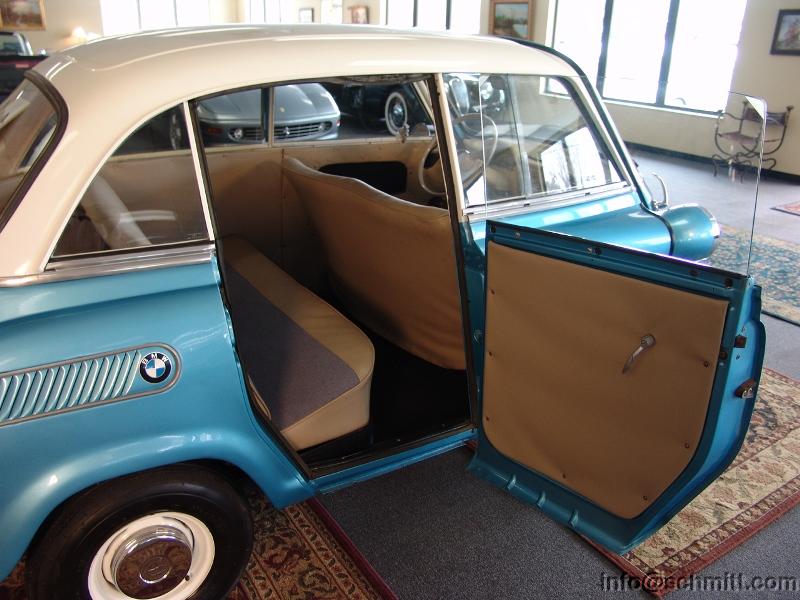 Look! The two hamsters must have been taking a break when this picture was taken. 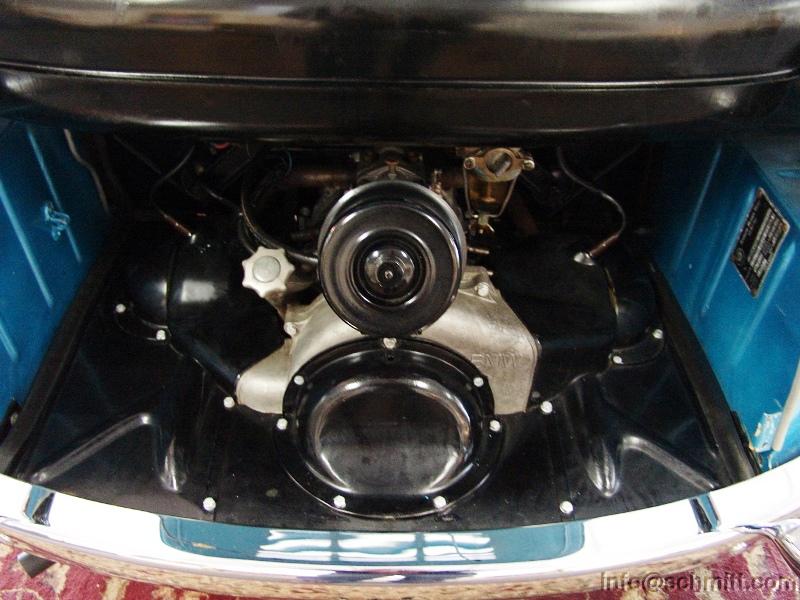