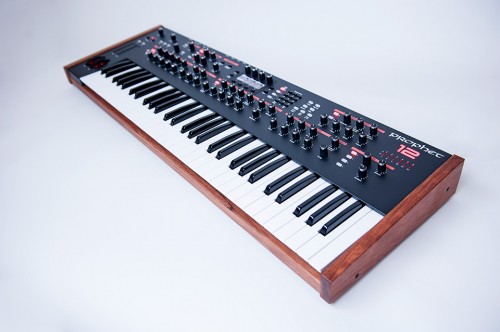 One of the first synths I did serious work on was the Prophet 5. That synth was introduced by Sequential Circuits in 1978 as one of the first polyphonic instruments, but the reason it is still popular is the amazing sounds. The Prophet 5 was the brain-child of Sequential Circuits founder Dave Smith. If that name sounds familiar it is because Smith is also known as the ‘Father of MIDI’, and I recently wrote about the 30th anniversary of MIDI.

After Yamaha bought Sequential Circuits in 1987, Smith went on to head up the new US research lab for Korg which developed the Korg Wavestation (which was awesome, I had one), before starting his own company that released the first PC-based software synth which was then licensed by Creative Labs and used in their AWE32 and AWE64 cards (remember those?).

More recently Smith opened his own instrument design company ‘Dave Smith Instruments’, and has produced some amazing instruments. Now he is back with as he says “After 35 years of creating synths, this is simply my best synth yet,” said Smith. “We sort of started from scratch on this one rather than spinning off another product from our previous designs.”

In terms of key features:
– 12-voice polyphony, extremely high for an analog synth.
– 4 oscillators per voice, capable of generating classic and complex waveforms, a sub-oscillator, resonant analog low- and high-pass filters, and analog VCAs.
– There is a new ‘Character’ section that employs more modern synthesis techniques to perform wave shaping and sound sculpting options
– Just about everything can be synced, so you can have your LFOs, delays, and arpeggiators sync to internal or external MIDI clock.
– Rather than traditional pitch and mod wheels, you get dual programmable and touch sensitive sliders for maximum expression capabilities.

Everything about this says the Prophet 12 is going to be an amazing instrument – there are loads of classic analog features, all mixed together with some of the most modern sound shaping and signal routing possibilities, all packed into a gorgeous instrument built around being extremely musical … so let’s hear and see it in action!

Here is the basic intro:

And here is a more in-depth look from the NAMM show floor:

The Prophet 12 is expected to be available in the second quarter of 2013 with na anticipated price of $2,999.

You can find more details at Dave Smith Instruments