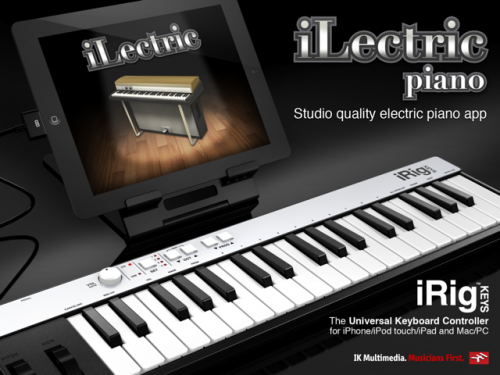 Get Classic Electric Keyboards With iLectric Piano from IK Multimedia

It doesn’t take an astute listener to realize that ‘retro is in’. At the recent NAMM show, we saw names such as Korg, Moog and Prophet right out of the late 70s, and all of them were producing analog synths. But before the synth became the keyboard mainstay, loads of classic recordings were made with funky Fender Rhodes and swirling Wurlitzer electric pianos. Now IK Multimedia allows you to get classic electric keyboards with iLectric. Let’s take a look!

iLectric Piano offers a set of more than 40 electric pianos, electric grands, and clavinets sampled from original instruments. The instruments have a studio quality sound based on extensive sampling and noise reduction techniques used to generate the patches. You get a number of instruments across a variety of classic types, along with parametric controls and effects to shape your sound even further. 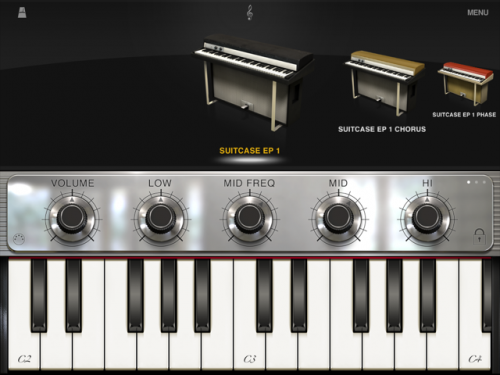 Major features: A good electric piano sound is pretty much an essential element of a modern studio, and through the years four classic sounds have emerged: the Rhodes, Wurlitzer, Yamaha CP-70 and Yamaha DX-7. iLectric takes all of these fundamental sounds and presents you with 19 standard instruments that provide a great variety of very musical sounds.

You will note in my review video that whenever I change sounds I just start noodling around on the keyboard – the sounds all have the classic rich harmonics that come from the tines used to produce the Rhodes and Wurlitzer sounds. I mention being reminded of Chick Corea in Miles Davis band at one point, but there is a distinct difference between the sounds used by Corea and Keith Jarrett in Miles band – no broken keys (there is a famous extended ‘broken key’ solo on the Live Evil recording).

Once you have selected a basic sound, you get to shape that sound in a couple of different ways. First there is a four band equalizer which is heavy on the mid-range. The reason for this is because that is where electric pianos produce the most overtones, so you can really shape the sound to your liking (and yes, I know that sonic shaping effect doesn’t come through well on the video). 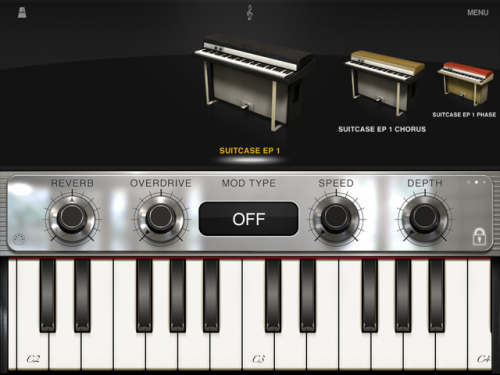 You can also add a single ‘studio’ effect such as Flanger, Chorus, Phaser or Auto-Pan. You can alter the depth and speed of these effects, each of which provides a fairly standard sound alteration. These effects would have been applied using guitar stomp-boxes in the early days, so it is great to get to apply them right in the instrument. For many keyboard players these were important parts of their signature sounds, so be sure to explore them as you try to define your own sound.

There are also Reverb and Overdrive effects. The Reverb gives the sound a solid sense of space, but it is the Distortion that is the star of the show. To me it felt like a rich analog tube amp at work, slowly adding some grit and overtones and then becoming harsh and peaky at the top of the range. For players in fusion and rock bands, cranking the volume was a necessity of keeping yourself heard on stage! Here it is just to change your sound – but I find myself playing differently as I change up the tone.

Ease of use/Overall performance: Like other IK Multimedia keyboard apps, you also get a metronome and song recorder. The metronome is simple, with speed and level settings as well as a switch for whether or ont you hear the click (or just see it). The song recorder is a simply way to add songs inside of the app to play along with, and comes pre-loaded with some to check out as you explore the sounds. 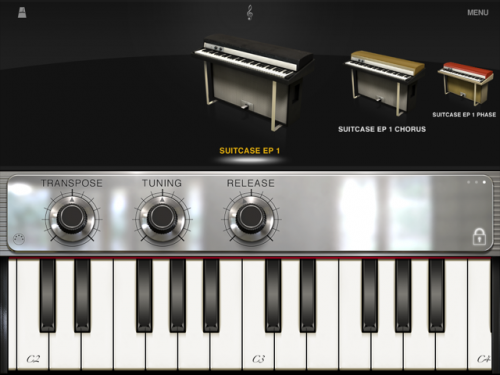 Finally, you have an in-App store link, so you can buy the 22 instrument pack for $9.99. Overall this brings the price to $30 for the full set of instruments. This is expensive for an iOS app, but as I have mentioned with iGrand Piano before, if you want the best sounding electric pianos for your iOS device, they are here. It is hard to adequately capture in a video, but there is a world of difference between what you get here and pretty much anything else on iOS.

As I mention in the video I didn’t have my iRig Keys with me when the app launched otherwise I would have used it (more info on iRig Keys here). But however you play it (you can also use iRig Midi to control it from an external MIDI keyboard), this is something you want to hear and play. Check out more info at IK Multimedia and watch my video review below.

Here is my video review: 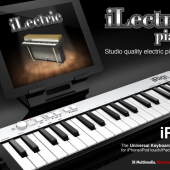 Get Classic with iLectric 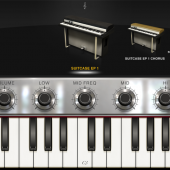 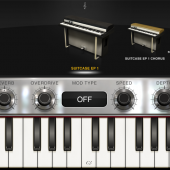 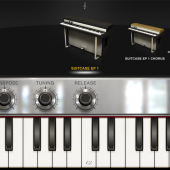