iPhone and iPad apps for anyone on a budget. 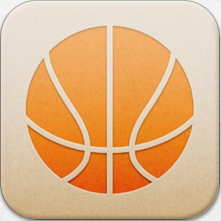 It’s March, and you know what that means! I am not referring to the impending spring season or melting of the snow in the north. Yes, the birds are chirping and the time change means the sun stays high a little later for us all, but there are more important things that happen in March. Sunday, the bracket was announced for the March Madness tournament; 64 NCAA Div. 1 basketball teams will enter the tournament with an equal shot to be crowned this year’s national champion. There are favorites, but every year at least one Cinderella story emerges as an unranked, unknown team makes a deep run into the Final Four.

The passionate play of the teams is only half the fun though. Filling out a bracket and predicting who will make the Sweet 16, Elite 8, Final Four and be crowned champion is a favorite activity of many Americans. Whether for a contest to win money or prizes, or just for pride, filling out the bracket has become a past time for many people. Simple Bracket for the iPhone enables a simple way to fill out, track, and compare your bracket to other users. Let’s take a quick look. 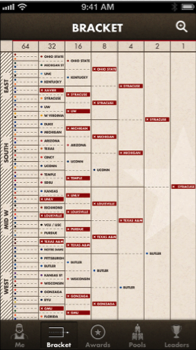 Just as the name suggests, Simple Bracket is easy to use. Log in with a Twitter account and get to picking. The UI of the bracket is different from any March Madness app I have used, and I have to say is much better. Swiping the bracket left or right will show two rounds at a time starting with the Round of 64 and moving all the way to the champion. This allows users to see more of the bracket without pinching and zooming. Regions for each round are displayed on the left side so basically it is a one-sided bracket set up. 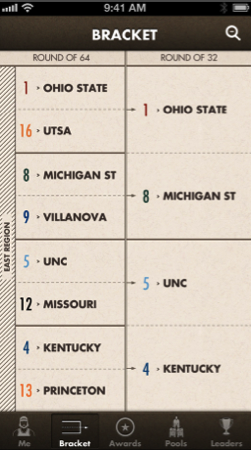 It literally took me just a couple of minutes to have my bracket ready to go. For each game, simply tap the team you predict will win and it will automatically advance into the next round. I will not give up my picks, but I did have a couple of Cinderella teams and an interesting match up in the championship game. The app uses a statistically sound scoring system to keep up with the tournament and provide a fair leader board. Create your own pool or join others and see who wins. I have created a pool for anyone to join: simply search for Gear Diary Challenge and enter the pin 1, 2, 3, 4. Make sure your brackets are filled out, and you join before the games begin on March 19. 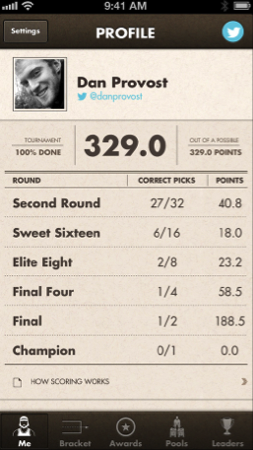 Simple Bracket provides a quick and intuitive way to fill out your NCAA bracket and follow the tournament. Get family and friends to join a pool and crown a champion. Make sure you have a Twitter account as that is the only way to sign up for a bracket. Also, please join our pool Gear Diary Challenge, pin# 1234 and let’s see who can predict the winners! Simple Bracket costs $.99 and can be found here in the app store.

What I like: Intuitive UI, fast and simple way to fill out a bracket.

What could be improved: Players may be limited since this is iPhone only and you must have a Twitter account to play.

Play the popular obstacle course game show on your iOS device. See if you are good enough to make it to the Wipeout Zone. 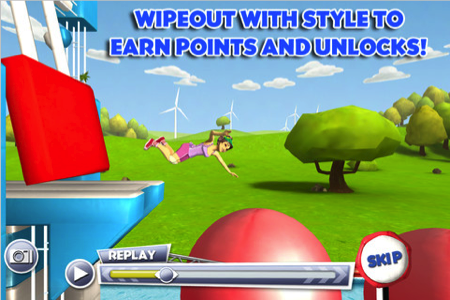 Search for the places you are looking for and use the GPS maps to find them. All in one app. 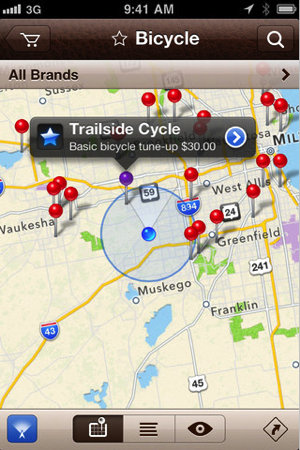 Find information from Wikipedia about people in close relative locations. 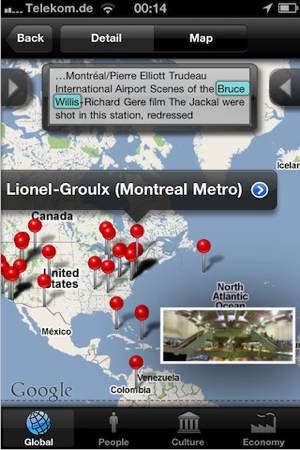