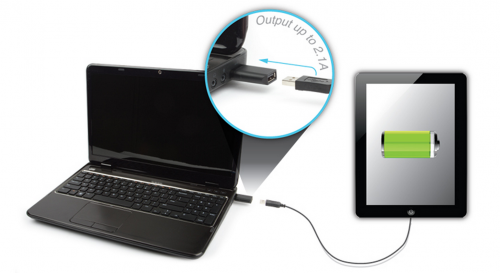 Use the ChargeDr USB Charge Booster to charge faster and smarter!

How many times have you tried to charge your iPad off of a laptop’s USB port, only to not see the charging symbol, because the USB port was underpowered? Or even worse — have you ever plugged your iPad in to a spare wall charger only to find out (hours) later that your iPad had barely charged because you were using an iPhone’s lower-powered wall charger? Urgh.

Digital innovations has just come out with a powerful tool that can help with situations like these; the ChargeDr. USB Charge Booster. 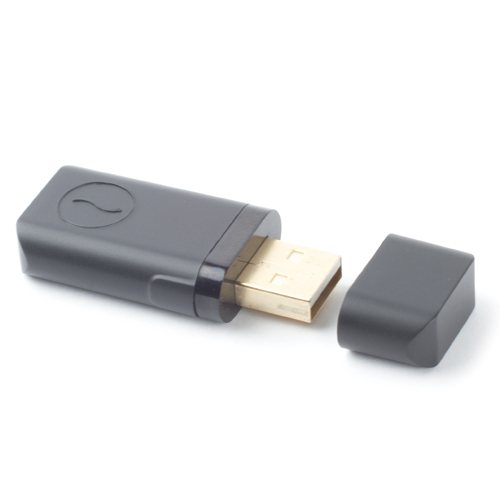 It may not look much different from the average thumb drive, but the ChargeDr has a totally different trick up its sleeve: it will significantly reduce your device’s charging times. You supply the USB cable, so that the ChargeDr can work with your Apple portable devices such as the iPod, iPod touch, iPad, iPad mini, and iPhone; it will work with the older 30-pin cables and with the new Lightning cables. The ChargeDr will also work with most mobile devices that use a standard Micro-USB cable and a standard charging protocol. The “standard charging protocol” part is important, because it means that the ChargeDr will not work with

When you charge your mobile device through the ChargeDr, you can significantly shorten the amount of time that it usually takes to complete a charge. 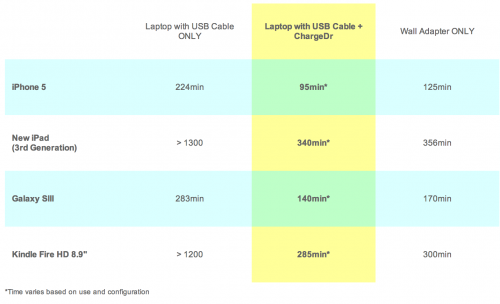 At $29.99, the ChargeDr is definitely the type of gadget that everyone should keep handy. But right now you can order one and save big: During checkout, enter the coupon code chargedrlaunch to get 20% off and FREE SHIPPING on your order ($11 savings). This promotion will end 4/01/2013, so you need to place that order soon.

You can read more about it and order a ChargeDr directly from the Digital Innovations site.