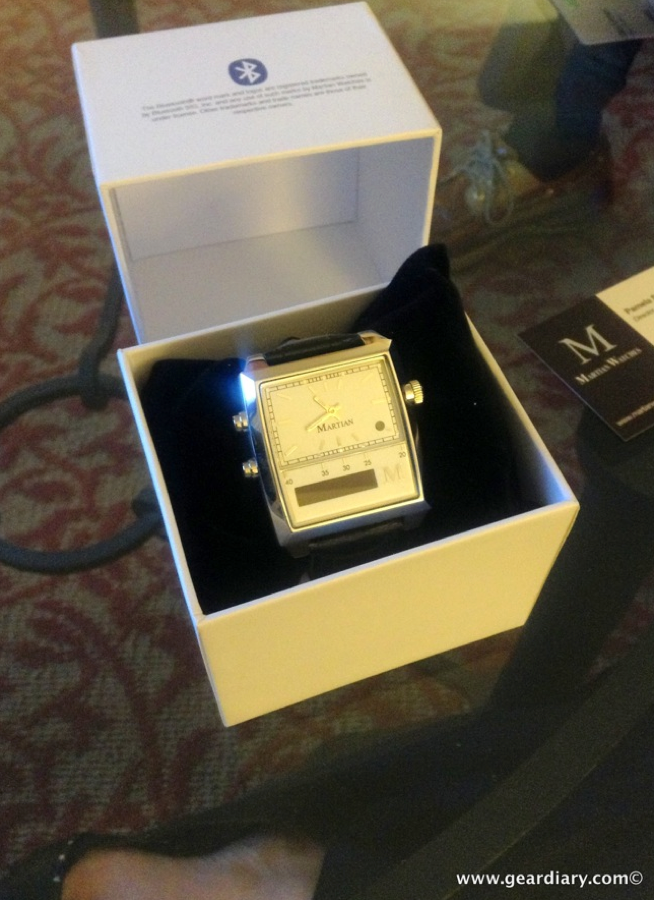 For us, one of the CES 2013 hits was the rapidly emerging smart watch category. During the Electronics Show Judie attended a media event from the makers of the Pebble smart watch, we saw many wearing the I’m Watch as the company tried to stealth promote their (mostly disappointing) offering, and we spent over an hour in a private meeting with the key players at Martian Watch. (Read the post.) Judie and I both walked away with watches, and I’m glad we did. You see, for my money, the Martian Watch is currently at the top of the smart watch heap. The reasons for this are simple. 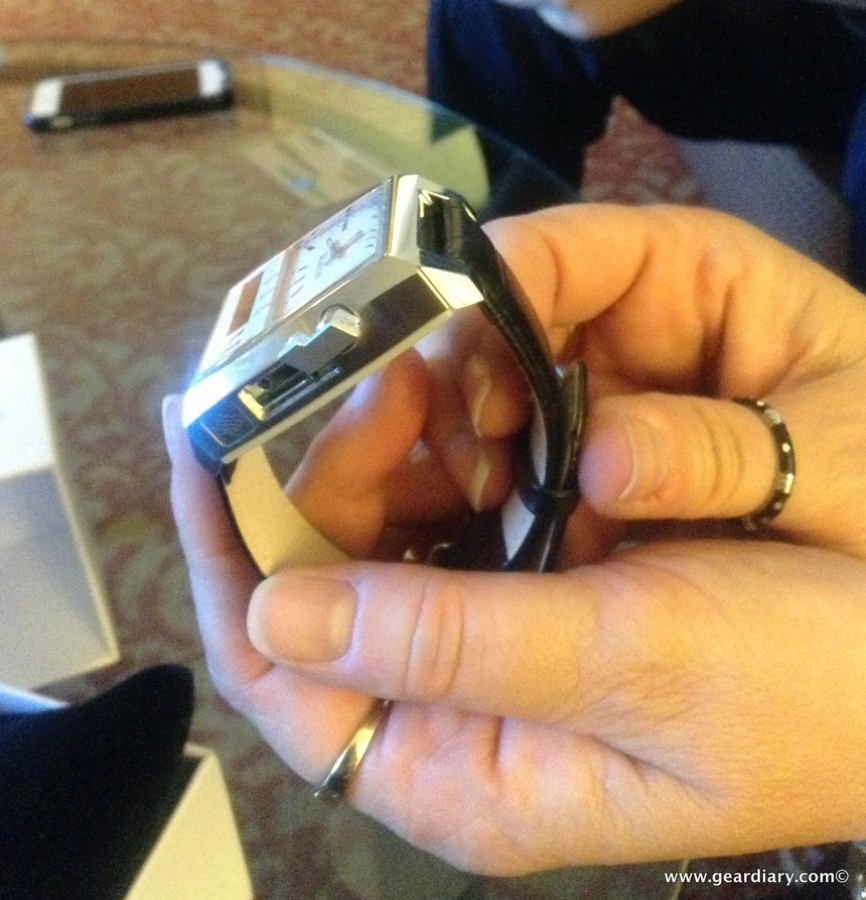 First, the Martian Watch doesn’t scream “Hey, look at me!!! I’m a smart watch being worn by an early-adopter geek!” While it may or may not appeal to your aesthetics, at first glance it looks like any large wrist watch. Only upon closer examination is the small LED screen noticeable. The rest of the watch looks like … a watch.

Second, while the Martian Watch is arguably a smart watch, the developers of it make the wise decision to let the watch serve as a “smart interface” rather than a “smart device” unto itself. (Our description not the company’s.) That means that, instead of trying to cram all kinds of technology into the watch, Martian decided to leverage the power built into today’s iOS and Android phones. For example, when used with an iPhone 5 the Martian Watch is more akin to a Bluetooth headset with a small screen than anything else.

The buttons on the watch activate Siri and the noise canceling microphone and speaker let you make notes, take calls, dictate notes etc. Anything you can do with a Bluetooth headset and Siri you can do with the Martian Watch. The main difference is that the Martian Watch is … a watch. As such it is worn on the wrist and not on the ear. It also technically means that the company could quickly and easily come out with a pendant, a tie clip or any other sort of wearable Siri-accessing accessory. 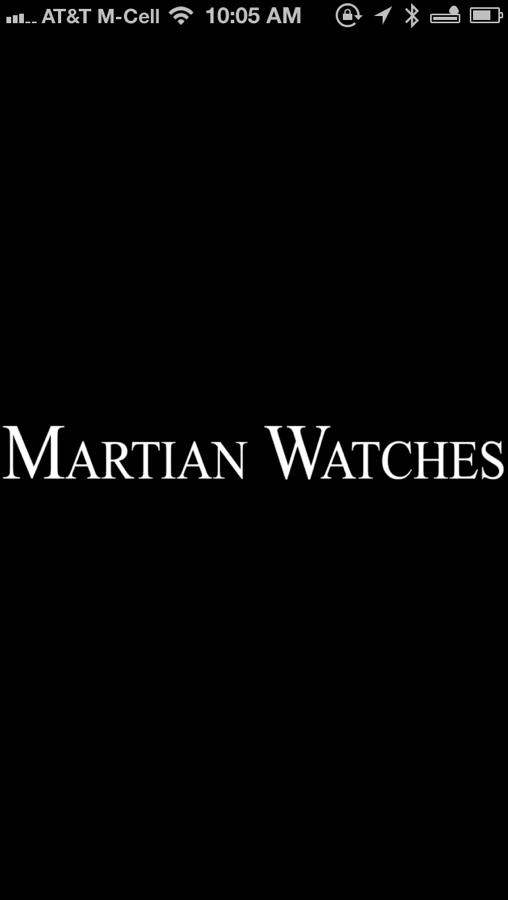 The other difference between the Martian Watch and a Bluetooth headset is the small LED screen on the lower portion of the watch face.The OLED that displays caller ID or an incoming text (up to 40 characters), along with vibration and LED alerts. It was initially rather limited in its usefulness, but after the release of the free iOS companion app yesterday the watch and its screen are more useful.

The iOS app lets you receive notifications right on your Martian Watch. These notifications currently include email from iCloud, Gmail, AOL and Yahoo! Mail accounts (Gmail accounts appear to require @gmail.com which means we cannot use our @geardiary.com account right now) , direct Facebook messages, mentions on Twitter and Calendar event alerts. The app can also be set so you can get daily weather forecasts, and have a world clock display on the LED screen. All of these features are terrific and work well. You can also use the watch’s “find phone” feature, and configure many of the display and alert settings. My favorite features however are the new ability to control the watch’s vibration levels and turn on and off the “do not disturb” feature.

The app also enables the Martian Watch’s Camera Mode. The camera mode lets you place the phone wherever you like, choose “camera mode” from the Martian Watch menu, and tap of the watch’s top button to take a picture. There’s even the option to have the watch do a 2-second countdown and then snap the picture.

The app adds value to an already-nice smart watch. Best of all… this is just the beginning. Check out Martian Technologies here.