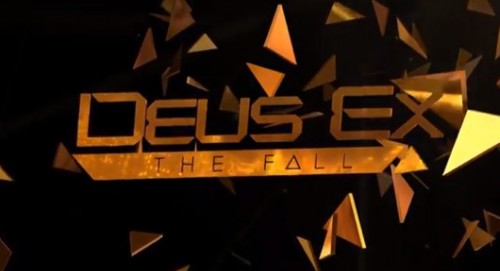 The history of the Deus Ex goes back to the PC-only release of the 2000 cyberpunk story-based action-RPG shooter hybrid from Warren Spector and ION Storm (a PS2 port came in 2002). To say that the game was groundbreaking doesn’t begin to cover it … the combination of elements from various genres were each done extremely well – so shooter fans loved it, RPG fans loved it, adventure-story fans loved it, graphics fans loved it and so on. In fact: 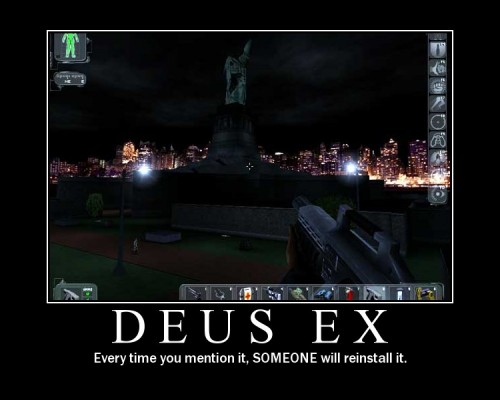 The original game was so good that in 2003 when the sequel Invisible War arrived as a console-centric game with very small zones (due to XBOX limitations), simplified controls and ‘streamlined’ systems (a single type of ammo for everything) … hardcore gamers everywhere engaged in a storm of nerdrage remarkable even for the internet.

Deus Ex: Human Revolution arrived in the fall of 2011 for XBOX360, PS3 and PC and Mike Siebenaler did a great job of reviewing the latest entry in the franchise, and you should really check out his review and grab the game (it has had some great sales lately). The excellent entry restored faith – and interest – in the franchise.

Now we are getting word of the next entry in the Deus Ex world. Deus Ex: The Fall is coming to iPhone and iPad this summer, priced at $6.99 and containing six hours of gameplay – and is just the first entry for mobile devices. As you might expect, on PC RPG sites there is considerable consternation about the game coming to mobile devices, and as those gamers tend to be largely anti-Apple there is even more dismay!

The game is set in 2027, around the same time frame as Deus Ex: Human Revolution, and it incorporates some characters from James Swallows’ novel, Deus Ex: Icarus Effect. In fact it picks up right after the events of the book, so while it isn’t necessary to read the book, if you do things will tie together nicely. Here is a link to the novel at Amazon.com

Anyway, enjoy the trailer and get set for Deus Ex: The Fall coming to iPad this summer!

There is also an announcement video, but personally I prefer the gameplay video!