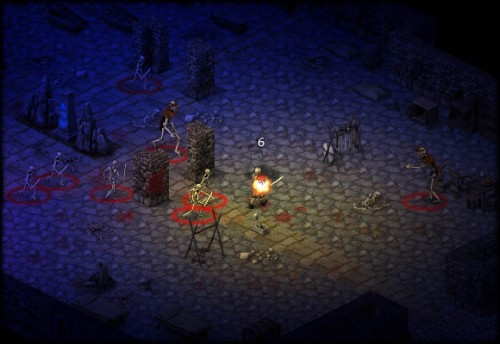 Balrum brings the classic RPG back to life!

I love the classic game Ultima VII, and it has inspired dozens of games since it was released in 1992. The most recent example is the Eschalon series from Basilisk games – another excellent set of games! Now I am reminded of the greatest Ultima game as I watch the Kickstarter video for Balrum.

URL of the Project: http://www.kickstarter.com/projects/balconyteam/balrum

An open world fantasy RPG with building, farming and crafting. For PC, Mac and Linux.

The game is a little bit of Gothic, Arx Fatalis, The Elder Scrolls, Eschalon Book, Ultima, Neverwinter Nights and you can find a little bit of Thief, Diablo, Arcanum and so on.

Explanation of the Depth of Spells and Abilities

If your fireball hits the target it will damage it of course, and apply a damage over time effect too. But what if your fireball does not hit? Well then that fireball will go on and maybe hit something else! When you are sneaking around you can distract your enemies and while they are distracted their backs are open for your sneaky attacks. If you find a magic weapon it may hold secrets, and if you learn enough about the weapon you may find that it can give you a special ability or it can charge up and cast a spell at your enemies. Find yourself in a tough situation? No problem, if you know a little bit of dark magic. Cast Horror on those who surround you and they will flee like sheep. Transform your enemies into pigs, or other creatures. Bless yourself with all kinds of useful spells. When a powerful enemy mage starts to cast a spell that requires 2 or 3 turns to cast, quickly interrupt him with your handy Spell Halt spell or Larynx Strike. In melee combat if your target dodges or parrys your attack if you are quick enough you can strike him back right after he avoided you with a special attack. Learn area of effects spells that deal lots of damage, but be aware that these powerful spells damage you and your allies as well.

The main thing I love about Balrum is how it captures the ‘golden age’ of isometric gaming so well and yet brings in so many innovations. You are playing a classic RPG with story and adventure, but at the same time you learn to farm, craft, build things, create weapons, and on and on. For fans of games like Ultima and Eschalon getting in on this project should be a no-brainer!

For more info and to keep up-to-date on the progress:
Balrum main site