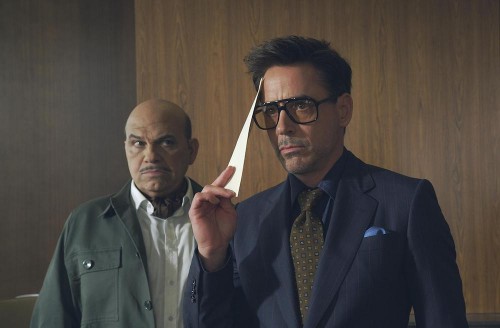 It was big news that HTC had snagged Robert Downey Jr as a spokesman, hopefully signaling a strong marketing campaign that will turn things around for the beleaguered maker of excellent quality — but poorly selling — phones. Guess what? First ad is crap, and it pretty much begs to be called the ‘Help This Company’ campaign.

So here we have HTC, a company that has divided smartphone efforts between Android and Windows Phone, a company that recently narrowed product naming and offerings because they felt they were too ‘all over the place’ … and we are getting an ad that basically says ‘HTC can mean just about anything’?

If you have ever used an HTC phone, then you know it is a thing of beauty – a sense of integrated design and quality that is more like Apple or Sony and far above what Samsung is making. Yet in both platforms – Android and Windows Phone – Samsung is kicking HTC’s butt. Recently we learned that Samsung is now the #2 Windows Phone maker, with 11% to HTC’s <5% share. We have also been hearing reports that HTC might drop Windows Phone to focus on Android.

Alongside of this, we get a new $1 BILLION marketing blitz featuring Robert Downey Jr. And this first ad – which might not be indicative of the overall campaign, but seems to try to use the persona of Downey as Tony Stark to infuse tech credibility into HTC without showing a phone for more than a few seconds. I was definitely left feeling disappointed, and that HTC will be very lucky to avoid joining RIM on the scrap heap of irrelevance.