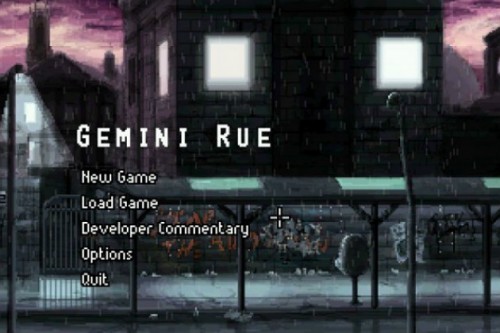 Back in 2011 Wadjet Eye Games released Gemini Rue for PC, a sci-fi dystopian adventure with intriguing story and characters. Earlier this year they released the game for iOS devices to acclaim, and now it is available for Android through newly launched Humble Bundle 8! Loved it on iOS, and it remains one of the best mobile games this year! 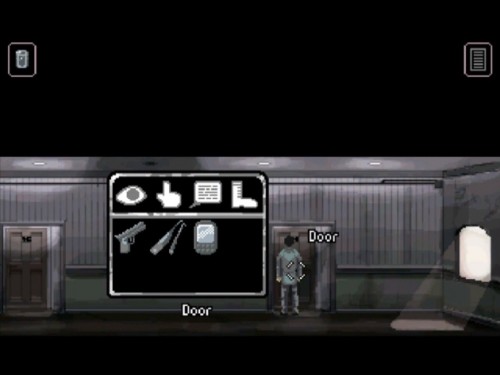 Gemini Rue feels like it was ripped from some hybrid of Blade Runner, Heinlien, cyberpunk, Asimov, Fallout and who knows what else. It is set in the dystopian colony of Barracus, and you start off following Azriel Odin and Delta-Six in separate plotlines that will eventually overlap in a series of twists and turns that will keep you intrugued.

The gameplay is straight out of the adventure game classics, and that means that not only will you be chasing through a great story, but that you will be dealing with plenty of interesting puzzles. Some of the puzzles are multi-stage, and some are also rather convoluted – but none are really all that difficult, they just require some thought.

The game gives you plenty of freedom of action and choices, but that doesn’t mean that it is an RPG. It is more like interactive fiction, where you are working your way through the branches of an established story, but you can rearrange some of the bits based on your decisions. 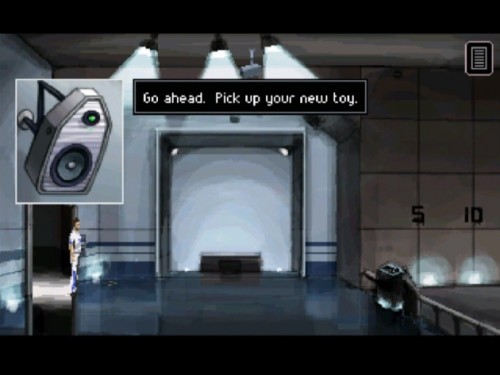 Anyone who played the original PC game knows that the combat system was the most problematic part of the game. In the touchscreen versions they have added buttons to facilitate combat actions, which makes much more sense and for me made the combat feel much better integrated into the overall experience.

Gemini Rue is one of the best mobile games this year – that was my opinion when I played the iOS game, and it remains true now. The story, the action, the puzzles, the atmosphere are all incredibly rich and detailed and well worth the full price to experience – so if you have an Android device and see this review while it is active, definitely grab the Humble Bundle 8 for great games at a great price!

Ease of use/Overall performance: Genimi Rue looks like a 90s game – on purpose. This means a few things: the graphics are pixilated and have a ’16-bit’ look to them. The gameplay also feels much like the classic LucasArts adventure games in many ways, and that also works into the puzzles. 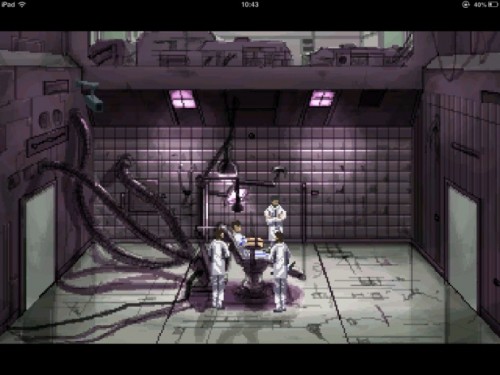 The controls are occasionally touchy – you will have to make precise selections that can be a bit frustrating with a finger, but nothing tha detracts from the gameplay. The other thing of note is that while in the PC version items will highlight on a mouseover, on the iOS and Android versions you need to tap items to see if they are interactive.

Would use again/recommend?: Definitely! I loved this game on PC and iOS, but it has been several months since I touched it … so I was thrilled when I got to review the Android version! There are too few games on mobile devices with this intricate level of storytelling and puzzles.