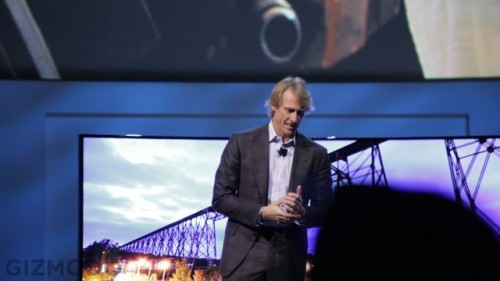 When you do things live, stuff happens. That is just how it goes – technical problems, mixups and misunderstandings, and so on. They happen. As they say, it isn’t the problem but how you deal with it that says more about you. Well, at the Samsung Press Conference there was a teleprompter problem … and Michael Bay just walked off the stage.

As Dan said when he grabbed the video:

Michael Bay stepped on stage at the Samsung Press Conference at CES2014 to talk about UHD televisions. His TelePrompt went out of sync… And so did he.