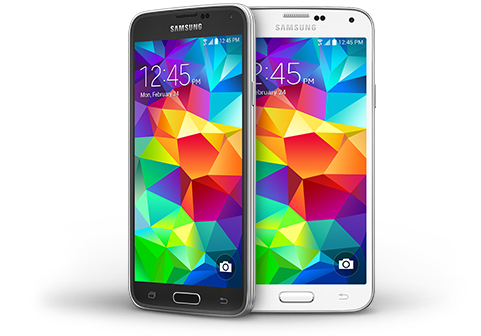 I’ve been using the Samsung Galaxy S5 for over a week and a half. and don’t see myself putting it down anytime soon. That’s surprising, since the only time I’ve seriously used Android phones has been to review them; I’m not using this to review it, rather I’m using it because I like it. Here are ten reasons why: 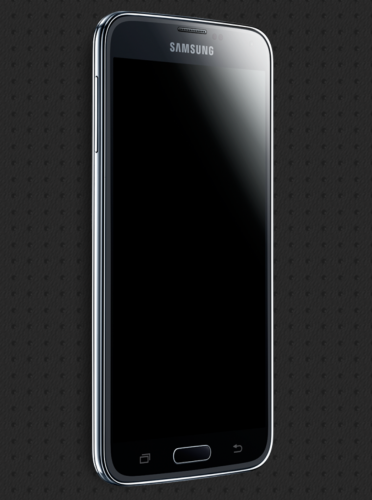 #1: The Samsung Galaxy S5 Has a Big Beautiful Screen

The screen on the S5 is large but not too large. I find that I am able use the device with one hand for almost everything, while still getting the advantage of a large, brilliant, comfortable screen. The 5.1″ 1080 Full HD Super AMOLED display screen is big enough that reading ebooks, browsing the web, and reading my RSS feeds is a pleasure. When I go back to the iPhone’s screen, it is simply a bit too small. I think going up to the size of the Samsung Galaxy Note 3 would be a bit too much, but this phone strikes the right balance for me. 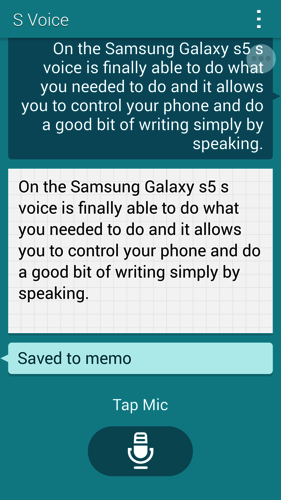 #2: The S5 Has Voice Recognition That Actually Works

Voice Recognition in Android has improved to the point that it is truly a usable system for text input as well as doing a host of different activities. Until this current experience with Android, I had not been able to truly rely on voice recognition to work. Now it is as good as voice recognition on iOS, and there’s the additional advantage that you don’t get cut off after a certain amount of time the way you do with iOS. 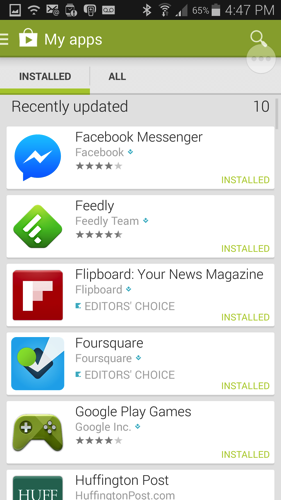 I’m now been able to find just about every non-Apple app I use in iOS available for Android, and the Android versions are just as powerful as the iOS version. This is a major change, since I had previously found there were some holes in the availability of applications I depend upon. That’s no longer the case, and some of the Android versions of the applications are actually more powerful since there is more flexibility once you move away from Apple’s walled garden. 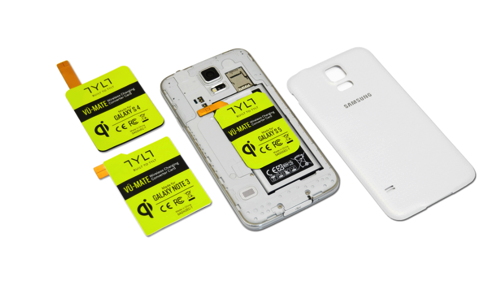 With the S5, I can purchase a replacement back and turn it into an inductively charging device. That’s especially great, since the S5 has a delicate door over the sync/charge port to make it water-resistant. I am worried I’ll pull it off each time I open it. With inductive charging, that will never happen since I won’t actually open the door to charge.
It gets better, since I don’t even need to replace the back thanks to the VU-MATE, a new accessory from TYLT. Effectively a decal you place on the battery, the new accessory turns the phone into something that will charge inductively. I can’t wait to be able to simply set my phone down in one of the available Qi charging pads and have it recharge.

And there’s more. Right now you can save $5 on the TYLT VU-MATE. Simply click here, and use the promo code VUMATE5OFF. 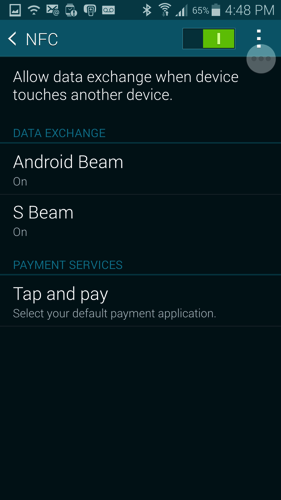 #5: Near Field Communication
I have numerous headphones and speakers that include NFC pairing, but I was never able to take advantage of it with the iPhone or iPad. Thanks for being so stubborn about NFC, Apple.

With the Samsung Galaxy S5, I’m able to pair my devices with a single tap. More than that, I can begin to use NFC tags to have the phone perform a host of different functions merely by tapping it to specific tag. The power and convenience of this is something I look forward to exploring more in the weeks to come. 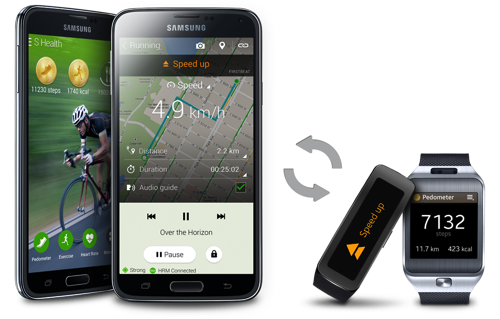 Okay, so the Gear 2 smart watch isn’t exactly an S5 feature, but it does make an additionally compelling reason to use the new Samsung smartphone. I’m finding myself using the Gear 2 Neo constantly. It is a truly convenient way to access many of the functions on my phone without having to pull it out. It’s a shame it won’t work with all devices, but that is an additional reason for me to stick with the S5 for now.

The S5 isn’t a waterproof phone, but it is water resistant. Technically speaking that means you can submerge the phone for up to 30 minutes in one meter of water. Practically speaking, it means I don’t have to be concerned about taking the phone out in the rain. I always was overly careful with the non-water-resistant iPhone. It was, in fact, the torrential downpour yesterday that prompted this post. I was carrying my S5, and suddenly realized that I didn’t have to baby and protect it in the rain the way I would, were I carrying the delicate flower known as the iPhone 5S. 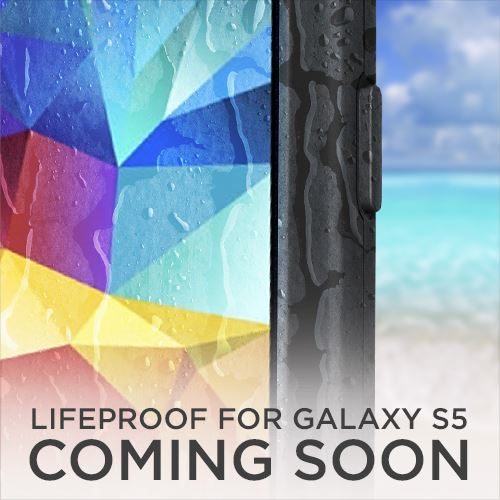 If you want true waterproof protection on the S5, you’ll have to wait for Lifeproof to start shipping their new S5 case. I’m excited to check it out. 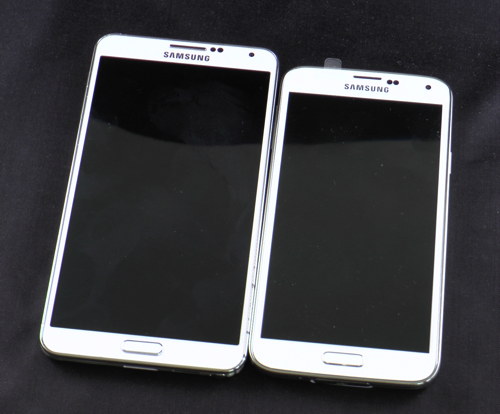 #8: A Phablet but Not a Phablet

The phone is large enough that I am actually okay leaving the house carrying it, and only it. With the iPhone, I pretty much never left without also taking my iPad. The iPhone is simply too small for me to use for serious reading or writing. The increase in screen size of the S5 changes that. I can use it in much the same way as the iPad and for many tasks. No, it’s not the same thing, but I can certainly get by using it and only it much more easily than I ever could with the iPhone. 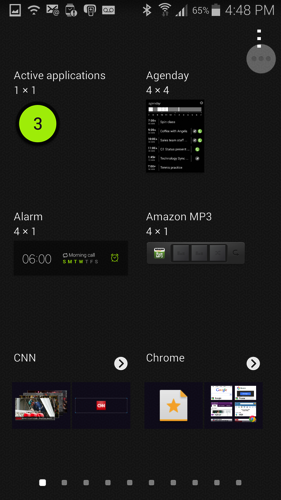 I know Android widgets have been around for a long time, but this is the first time having so much information available right on the home screen has really struck me as important. When I go back to the iPhone, I find it fairly annoying that I really can’t see much information until I launch a specific app. 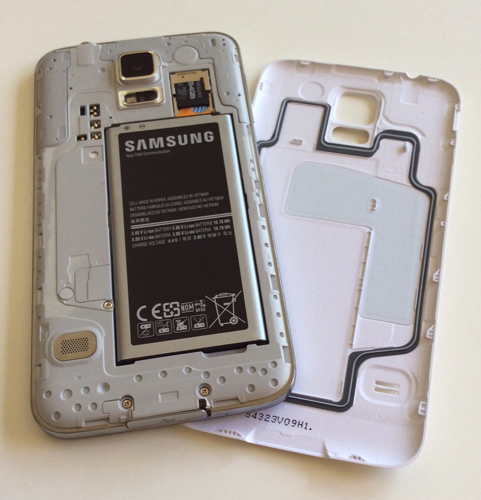 I’m adding inductive charging to the S5, so I won’t be picking up an extra battery. Were I not going this route, there is no question I would get an additional battery or two. The flexibility of being able to swap batteries on the go is something many of us left behind when we moved to the iPhone. I think there is still a compelling case to be made for it, and the S5 lets me keep going as long as I need — so long as I stock up on batteries. 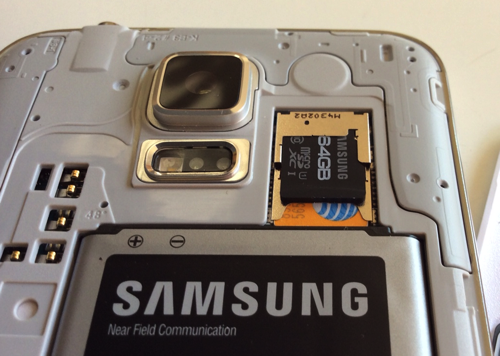 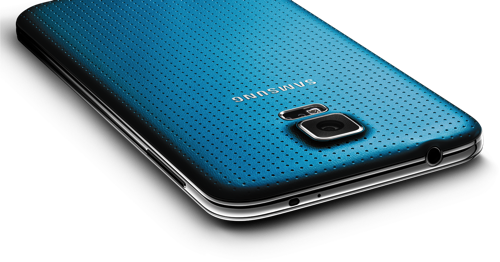 So there you have ten reasons (with a a bonus 11th) that the S5 is the first Android phone I am using because I like it rather than because I am reviewing it. I’ve thought about jumping back to the iPhone but with the exception of iMessage and the iPhone’s elegance, the S5 is keeping me quite happy. Yes, I may go back to the iPhone eventually, simply to have all my devices part of the same ecosystem ,but… for now at least… The Samsung Galaxy S5 stays.