I absolutely love my Sony RX100 camera. It looks like a small point-and-shoot, but it takes amazing pictures thanks to its huge sensor and performance optics. Now Sony has announced a successor to the RX100s successor. The new Sony RX100 III will be arriving in June, and it offers a nice host of updates. At $800 it is pricey, though! 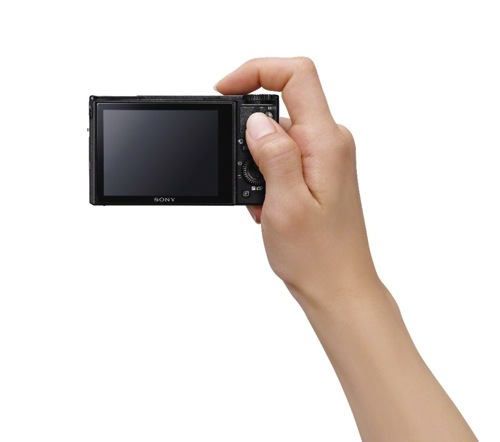 The new model features a large-aperture ZEISS 24-70mm lens1, a built-in OLED viewfinder with ZEISS T Coating, a BIONZ X processor, and more. The camera has the same high-resolution 20.1 MP 1.0-type back-illuminated CMOS image sensor as the RX100 II it replaces. The powerful BIONZ X processor it has is the same one that is found in several high-end Sony cameras, including the full-frame ?7, ?7R and ?7S models. 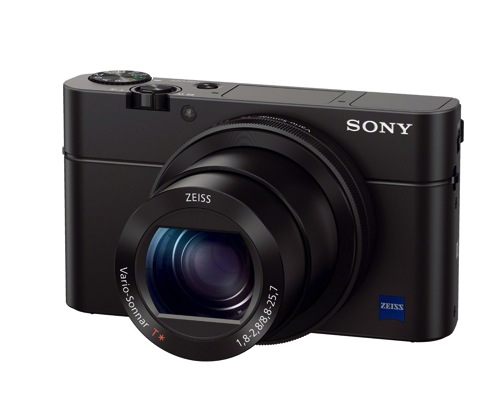 As Patrick Huang, director of the Cyber-shot business at Sony Electronics notes,

Sony continues to push the modern limits of engineering and innovation with our Cyber-shot RX family of products. With the new RX100 III model, we’ve added a brighter, wider aperture lens and an impressive retractable OLED EVF, while also utilizing the latest Sony imaging technologies to boost the camera’s processing speed and efficiency. And we’ve done this without sacrificing any of the true ‘pocketability’ of our RX100 line, creating an especially unique compact camera unlike anything else in market today. 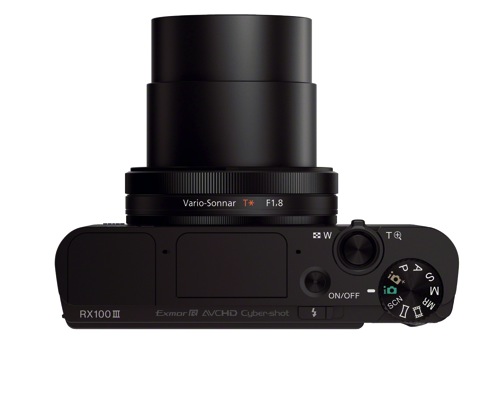 The unique new ZEISS lens on the RX100 III camera covers the popular 24 -70mm1 focal length with a wide F1.8 – F2.8 aperture. This is particularly noteworthy at the 70mm telephoto end of the lens, where the maximum F2.8 aperture allows it to gather about twice as much light as the RX100 and RX100 II models (at 70mm), ensuring that portrait subjects can be captured against beautiful background defocus. The wide aperture also allows the lens to capture moving subjects clearly without any blur due to camera and/or subject shake. 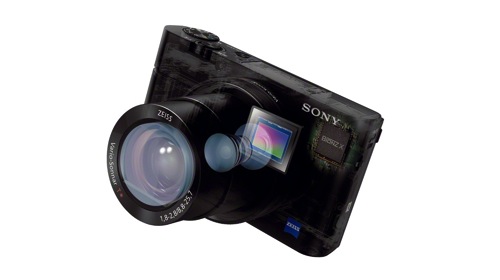 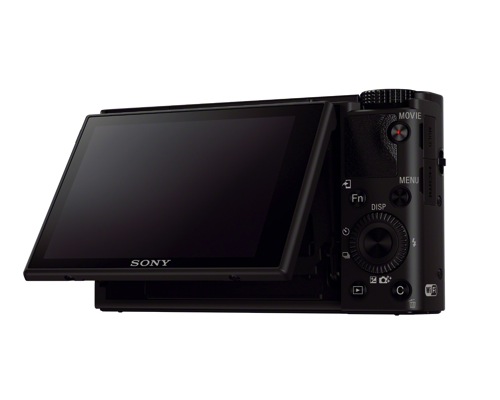 The new RX100 III model also has an articulated LCD that can tilt upward by about 180 degrees; this is great for selfies. It also tilts all the way down for “hold-the-camera-over-your-head” high-angle shots. Of course the new camera also has Wi-Fi, and it works with Sony’s PlayMemories app.

The Sony RX100 III compact camera will be available in June for about $800.