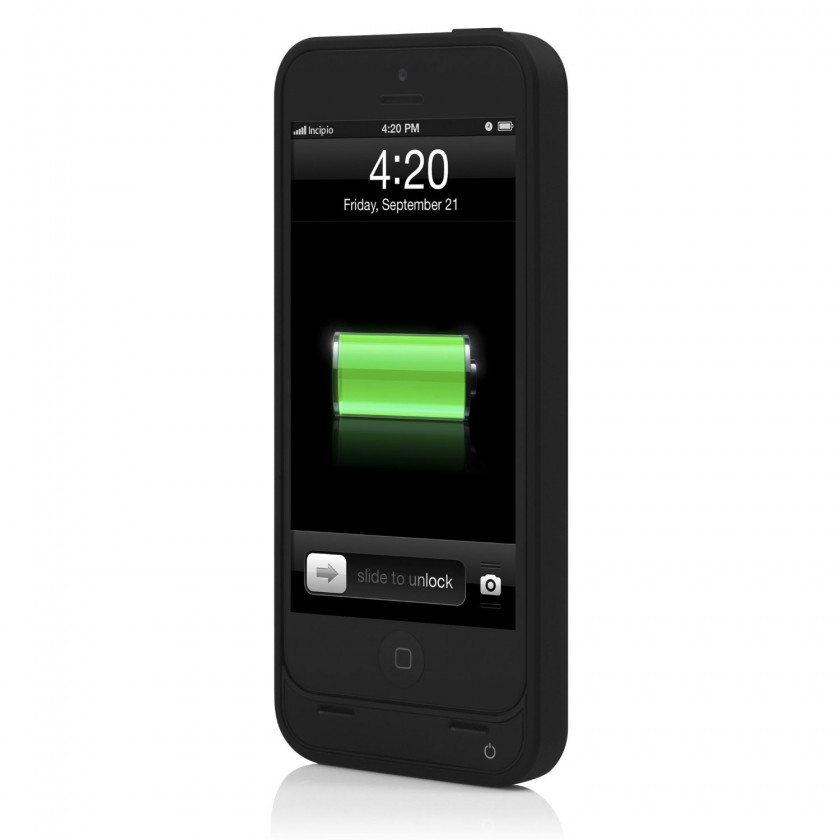 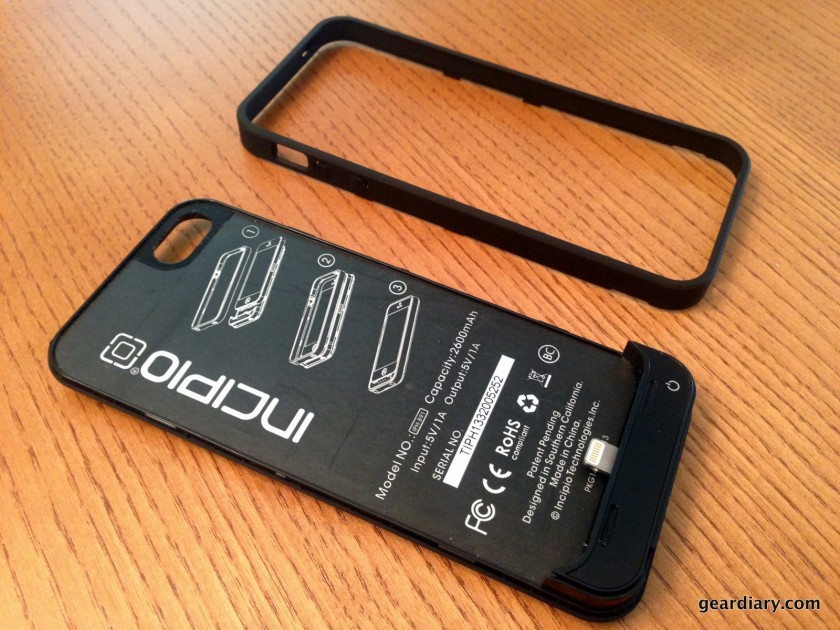 The offGRID battery holds a battery capacity of 2600mAh, which is 180% more than the iPhone 5’s internal battery of 1440mAh. When using the Incipio offGRID, you’re essentially almost tripling your battery capacity, which is perfect for commuting, travel, or any other activity where you’ll be away from a reliable source of power for most of the day.

The offGRID case itself weighs in at only 3.3oz and measures 5.44 inches long by 2.45 inches wide by 0.6 inches deep, which measures up well against competitors, which I’ll go into more detail about later. It comes with a 1m microUSB cable which is used to charge the offGRID case itself as well as the iPhone, while the case is on the phone. A neat feature of this case is that you can actually plug the microUSB cable into the case while your phone is inside and use the microUSB cable to sync your data between your computer and phone. Most battery cases do not offer this feature. The offGRID also comes with a 3.5mm headphone extender, which you need to use headphones with this case…a bummer, for sure. 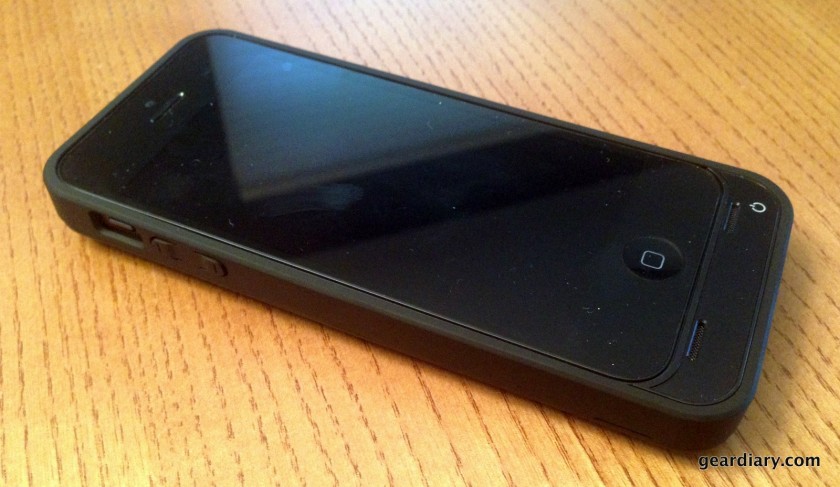 The offGRID’s design is similar to the ibattz battery case reviews I’ve done where the battery itself slides on to the back of the phone where the built-in lightning connector plugs into your phone. Then, in order to secure the battery to the phone, you slide a bumper over the phone, which snaps into the battery case. I like this design because the phone secures firmly and there is no worry about the phone slipping out of the case. The bumper and back of the battery is made with a soft-touch plastic so it looks good and won’t slip out of your hands. My only complaint is that the bumper on this case is difficult to remove if you have short fingernails. 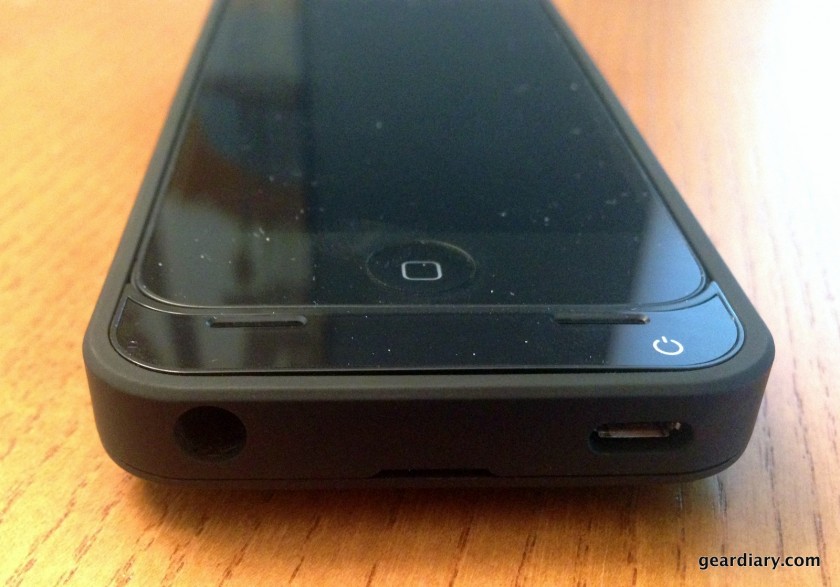 The offGRID has four LED lights on the front of the case which, when you press the power button quickly, light up to show you how much capacity is left in the battery. In order to turn the battery on to start charging your phone, you need to press the power button for three seconds. While you are charging the offGRID battery, the iPhone battery is also charging, which is a nice feature. However, keep in mind that the iPhone battery will charge slower while charging this way. 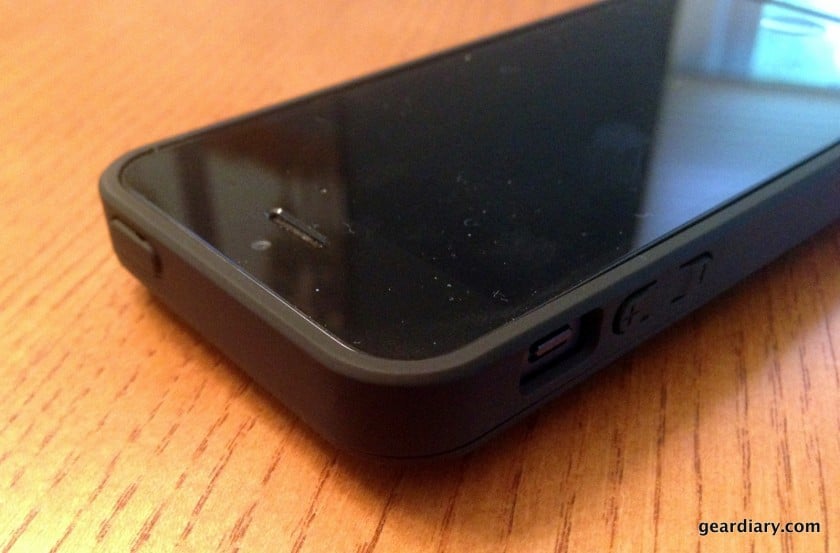 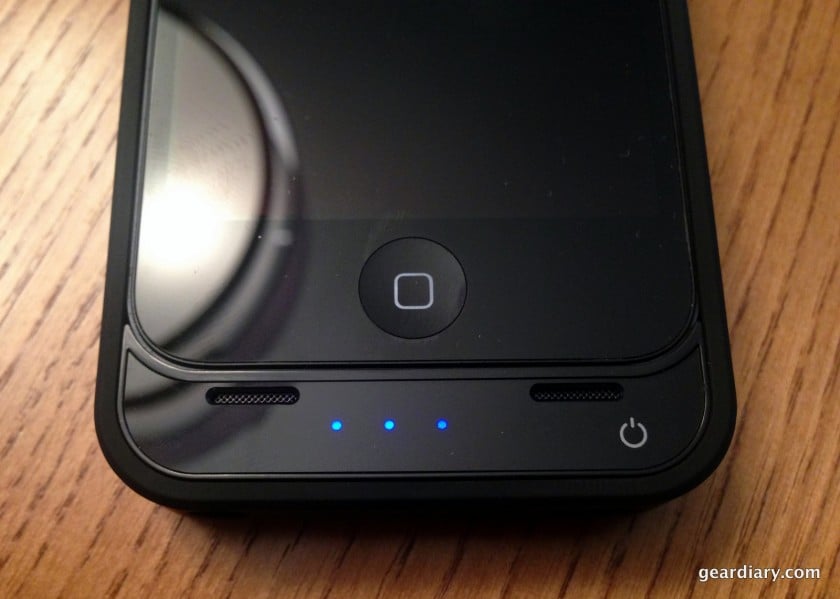 Overall, I would recommend the offGRID 100% of the time to friends asking about iPhone battery cases. With the size advantage, battery capacity, and price advantage, you can’t go wrong with the Incipio offGRID.

You can purchase the Incipio offGRID directly from the manufacturer or from Amazon.

Source: The Incipio offGRID thin battery case was provided to me as a review sample by the manufacturer.

What I Like: Great battery capacity; Thin and light design; Good phone protection; Ability to charge and sync phone through microUSB jack in battery case.