It’s not often that I attend a tech event and leave knowing that I’ve seen something that’s going to change the way I expect to use a device that I already own, but that’s what happened after the Samsung event today. The introduction of the Galaxy Note Edge was by far the highlight of my day, and I’m still wowed. 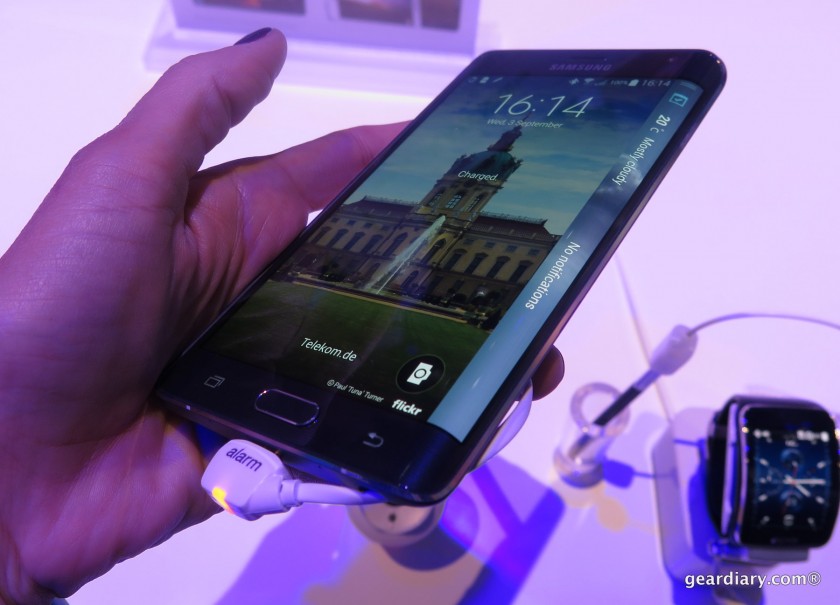 Get a look at what Samsung is calling their “next generation display”. It’s new, it may seem a little bit gimmicky (for now), but I also think it is brilliant.

The Galaxy Note Edge’s unique curved Edge screen provides quick access to frequently used apps, alerts and device functionality – even when the cover is closed – all with the swipe of a thumb. Users can also receive notifications directly on the Edge Screen while watching videos without disturbing their viewing. 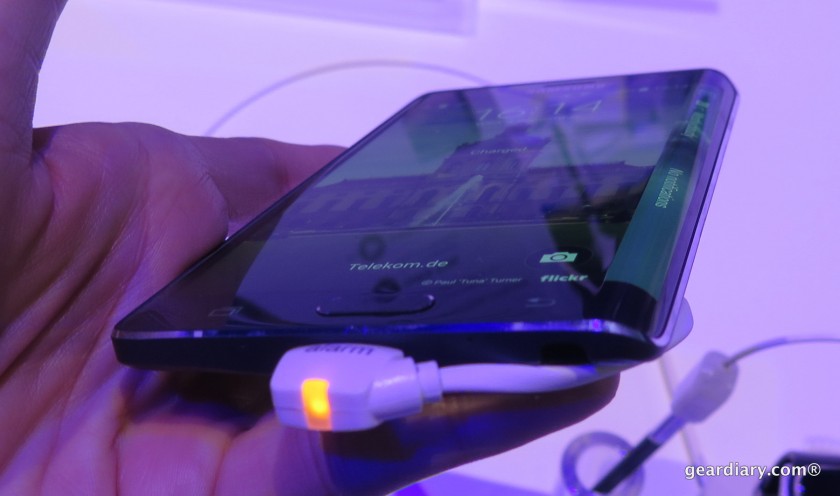 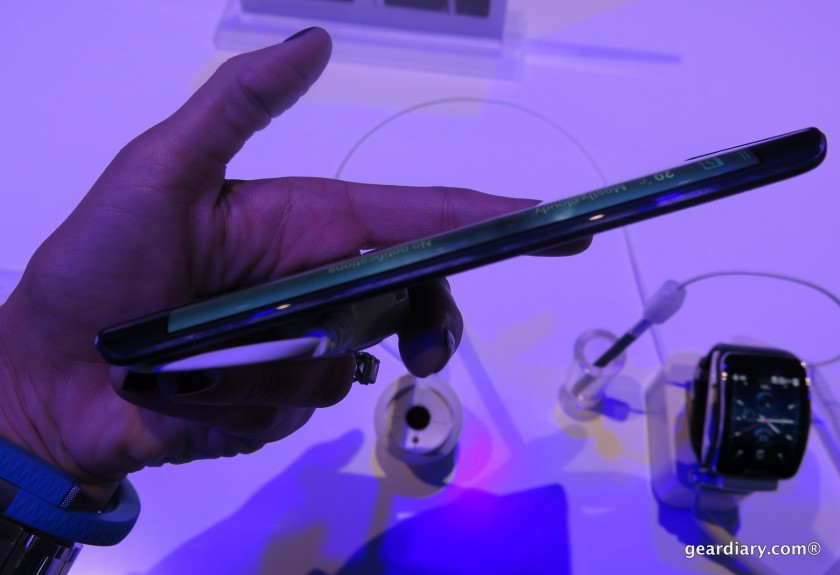 I’m not normally a fan of Samsung devices; even though their screens are gorgeous, I usually feel like their cases are plasticky and (for lack of a better word –) cheap. I was pleasantly surprised by the new Note 4 and the Note Edge; while they are still a bit less solid and definitely lighter than the Xperia devices I am used to using, they felt nice in hand and looked stunning. 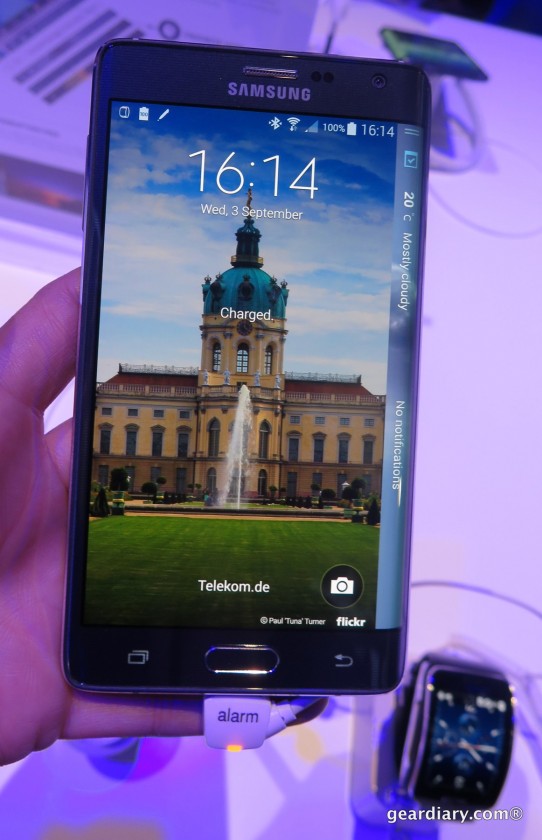 The many possibilities offered by the independent screen on the beveled side of the Edge’s screen makes me wonder how long it will be before other manufacturers start putting similar smart layers on their devices’ screens. 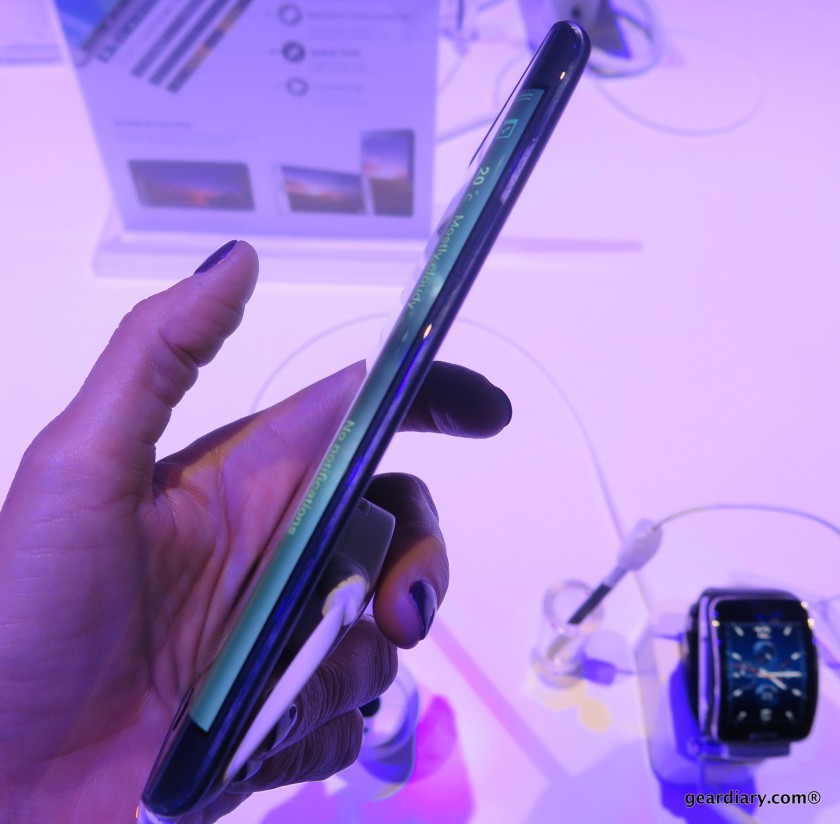 That’s the new Samsung Gear S watch in the background; I got lots of pics of it, too.  They’ll be up in another post, shortly. 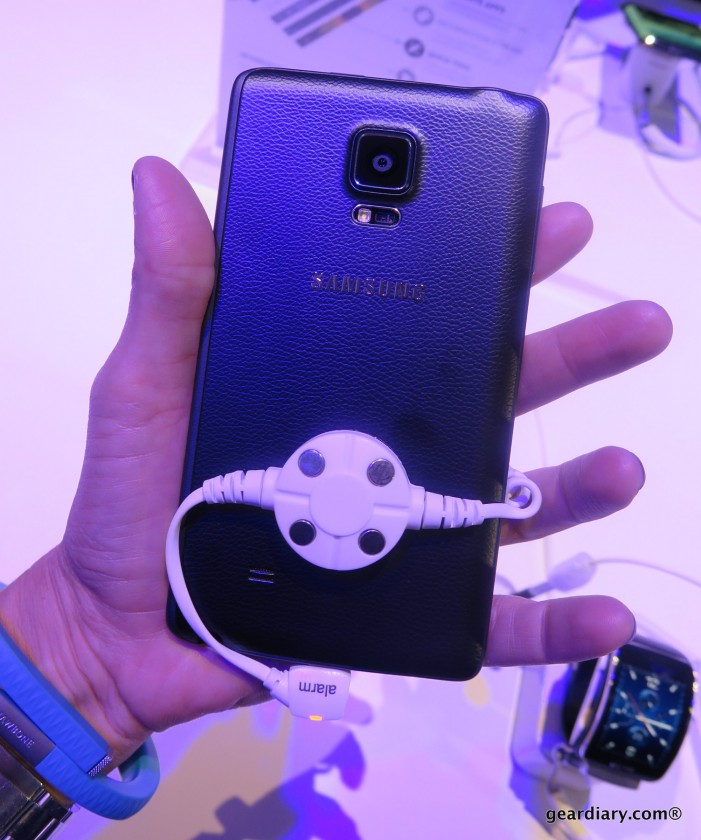 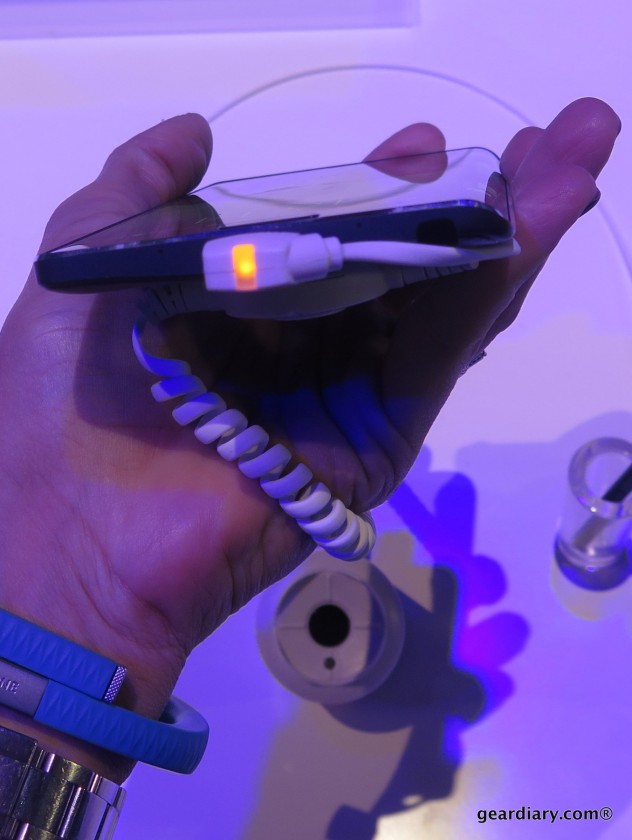 I never really thought I would say it, but my next Android phone may be a Samsung Note Edge! 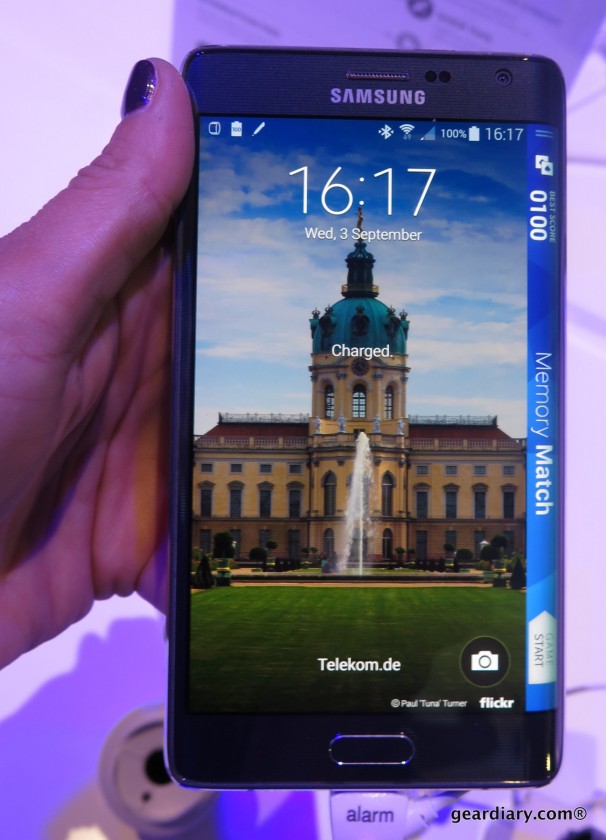 I don’t yet have pricing information, but the Galaxy Note Edge will be available later this year in “Charcoal Black” and “Frost White”.