If you have an HTC One M8 on Verizon, here’s great news: the Android 4.4.3 “KitKat” update is out today, and it brings two excellent goodies with it! First, we’re finally getting Extreme Power Saving mode, designed to eke every drop out of a dying battery. Second, they’ve tweaked the lockscreen security app to prevent accidental resets! 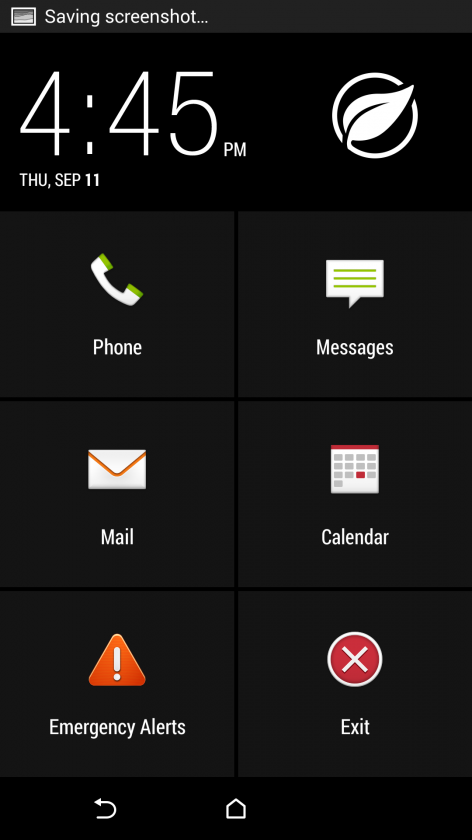 Extreme Power Saving mode was on some HTC One models from launch day, but for some reason Verizon’s did not ship with it enabled. Honestly, I think most people figured Verizon had killed it for some obscure reason, and we’d just never see that feature, but it seems to have passed whatever bug-testing was required, as they’ve added it with this update. Basically, this is a feature that cuts your phone access down to texts, phone, mail, calendar, and emergency alerts. You cannot access apps or the notification shade.

I haven’t tested how much extra life this feature can give, but if it gets me an hour or more extra to get to a charger, it’s worthwhile. Plus if for some reason you need to burn precious battery life on a feature not in EPS, it’s fairly simple to hit exit and return to your normal, rapidly draining homescreen. 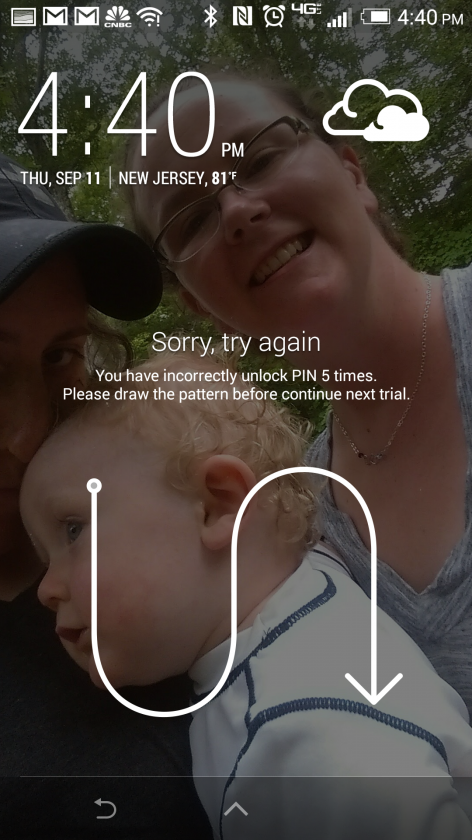 Part of today’s update is also that HTC has decoupled their lock screen features from full phone updates; instead, you receive those updates via Google Play. As soon as you update your One, head to the Google Play store and download the new HTC Lockscreen update. It FINALLY fixes a huge bug that allows accidental brushes with the pattern lock to eventually factory reset the phone. I tested out how it fixes the problem, and it’s pretty clever. After five failed attempts, it stalled at a “Draw the squiggle to keep trying your pattern” screen.

If your phone is being activated in your pocket, it’s unlikely that your steps will perfectly trace the line. The same goes for if, say, your one year old is enjoying drawing pretty lines on your pattern lock screen. In either case, no one gets into your phone, but short of a thief purposely trying to get in, no one is getting to those last five pattern attempts, and your phone remains thankfully free of a factory reset.

Have you updated your HTC One yet? Are you laughing at Verizon users who are just now getting Extreme Power Saving mode? Let us know your experiences and tips!