Kev has a small hand-cranked emergency flashlight; I reviewed it years ago, and it has become an inside joke how he won’t travel without it. At least he’s always prepared! It took just one look at the Slive-4U Self-Powered AM/FM/WB Radio with Flashlight & Phone Charger for Kev to say he wanted it if it really works. 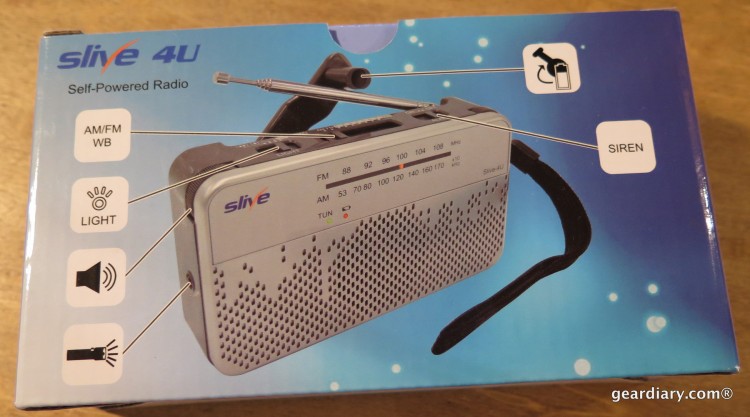 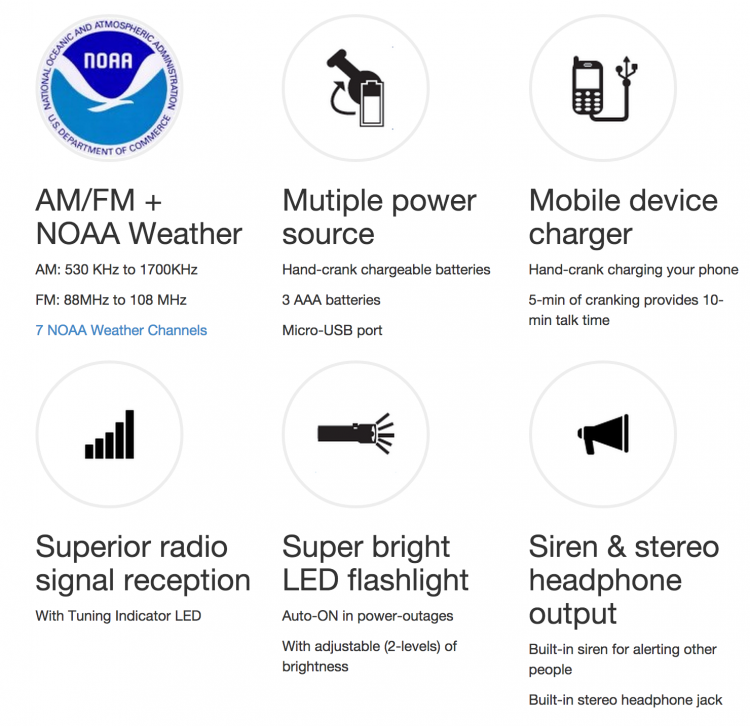 Put aside its unfortunate name (Slive-4U, really?), which raised my husband’s eyebrow and makes me want to start humming Britney Spears’ “Slave 4 U” every time I see the name (Ick), and this emergency radio is actually a pretty compelling device. It’s a flashlight, an AM/FM/Weather Band radio, it’s got a built-in siren, and it can be powered by hand-cranking, AAA batteries, or USB charger. It can also be used to charge your mobile phone, either from its internal 600mAh Ni-MH battery or by hand-cranking. Watch this for an overview …

Inside the box you’ll find the Slive-4U self-powered radio, a 3′ long USB to microUSB charging cable, a wrist strap, instructions, and paperwork for the one-year warranty. 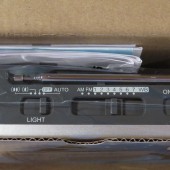 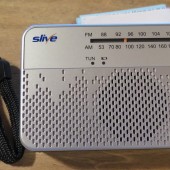 The Slive-4U radio’s body is composed of matte gray and silver plastic. It measures 5.2″ long x 3″ wide x 1.3″ thick, and it weighs 8.8 ounces. At first glance it looks like every retro handheld radio you’ve ever seen or owned, but obviously it has some serious features (and extra ports) that those relics don’t. The radio feels solid and well-built; yes, it’s plastic, but it doesn’t feel cheap or flimsy at all. 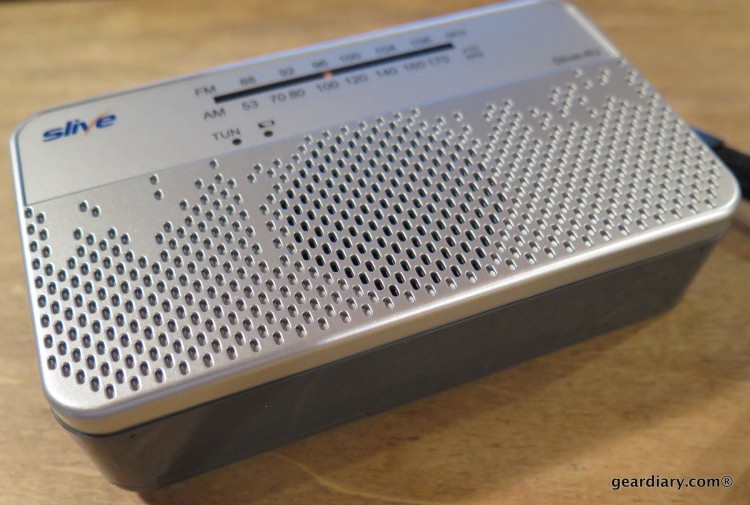 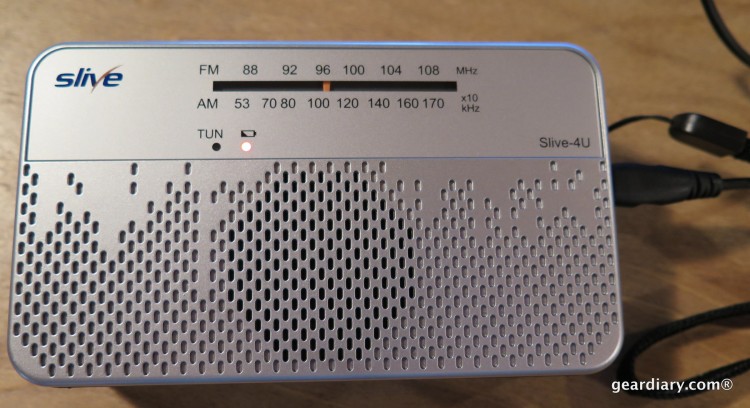 On the right side of the radio there is a 3.5mm headphone jack, a USB cellphone charger port, the microUSB charging port, and the tuning wheel. 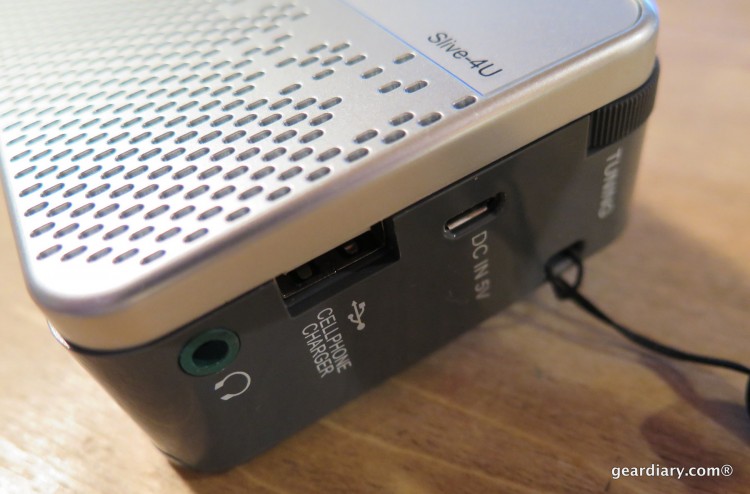 The left side has the OFF/ON tuning wheel and the LED flashlight. 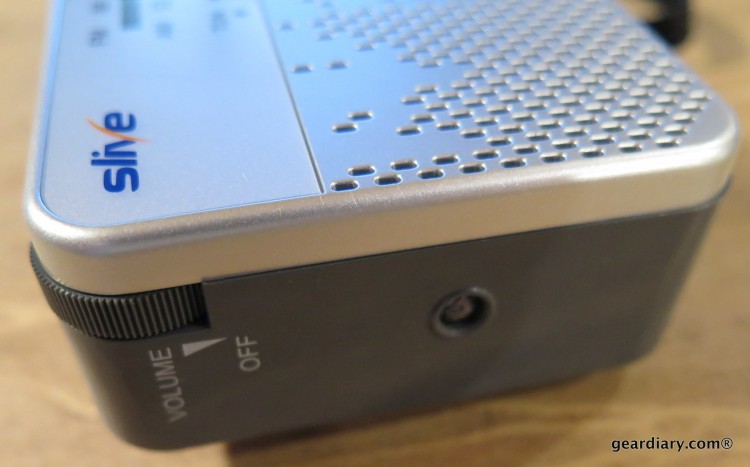 On the top there’s a switch that controls the flashlight with high, low, off, and auto settings. Auto will make the flashlight turn on when the radio is unplugged. Because the rechargeable battery in this radio is NH and not Li-Ion, and I am not as familiar with the type, I wondered if these batteries might have a memory effect similar to what Ci-Cad batteries used to suffer from. According to Battery Stuff,

Older generation and batteries with other chemical make-up were subject to a memory effect. This is when a battery must be fully drained before recharge or their capacity is reduced. The New Generation of NIMH batteries do not develop a memory effect and can be recharged at anytime during usage cycle. When uncertain about battery charge level or condition, recharge it.

The AM/FM/WB slider allows you to pick your band; in my area, we get NOAA reports on band 7, and the antenna definitely makes a difference in reception. It’s nostalgic to aim the expanding antenna in different directions as you tune in for better reception; it’s been a while since I’ve had to do that, in this era of satellite radio and 4G phone service.

The last slider is for the Alarm; I’m not sure what situation it might be useful in; maybe if you were buried in rubble and you were too tired to yell? I don’t know, and I hope to never find out.

The back of the radio has the hand-crank; this is the perfect means to power the radio when the AAA batteries you’ve inserted have died; it stores its charge in the 600mAh battery bundle stored on the right side. 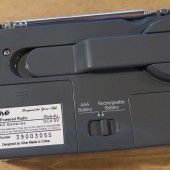 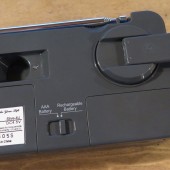 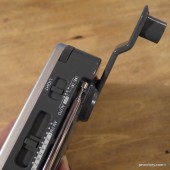 Here’s a guideline posted on the Slive site as for what kind of power production you can expect when hand-cranking. 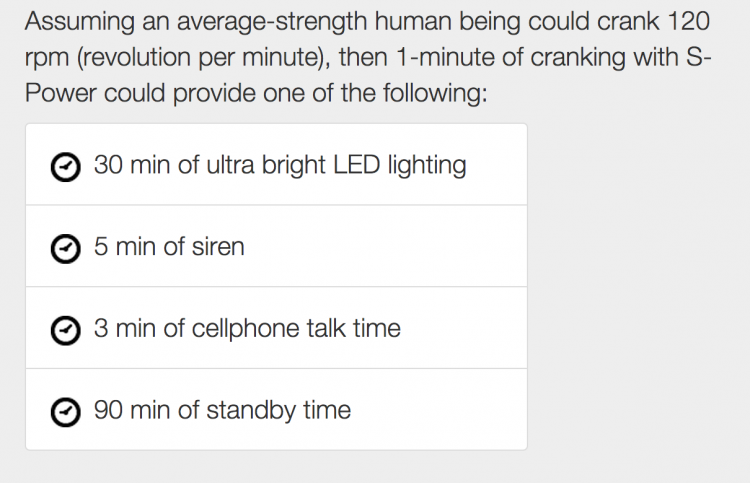 I’m really impressed by all of the different methods that can be used to power this emergency radio; if you have AAA batteries, you can slip those in, or you can power it by plugging it into an extended battery or your laptop via USB, and there’s the hand-crank when all else fails. 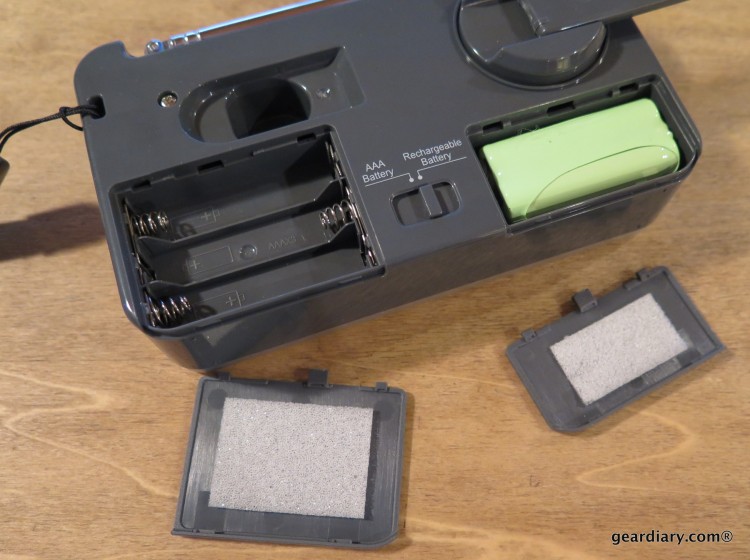 The Slive-4U has a cumbersome name, but it is a gift that I think everyone would appreciate. It is a great item to keep near your bedside in case of blackouts, and it is a fantastic addition to any disaster prep kit. We’ve seen hand-cranked emergency radios before, but this is one that adds enough extra features to be worth a second look. Kev likes it, and it’s replaced the less feature-loaded radio he used to carry everywhere.

The Slive-4U Self-Powered AM/FM/WB Radio with Flashlight & Phone Charger retails for $59.95, and it is available directly from the manufacturer and from Amazon

What I Like: AM/FM/WB radio that can be powered by hand-cranking, AAA batteries, and USB charging; built-in LED flashlight and alarm; you can charge your phone from this radio; radio feels solid and well-built

What Needs Improvement: The Slive-4U name is not great unless you are a big Britney Spears fan, but the name doesn’t affect how well the device works