Over the last several years card-based role-playing games have matured and branched out beyond just a few archetypes. While doing so they have also wrapped fully immersive games around the card-battle mechanic, making it easy to forget that there is even a card battle there! Honorbound has been a successful genre game, and is now expanding! Check it out! 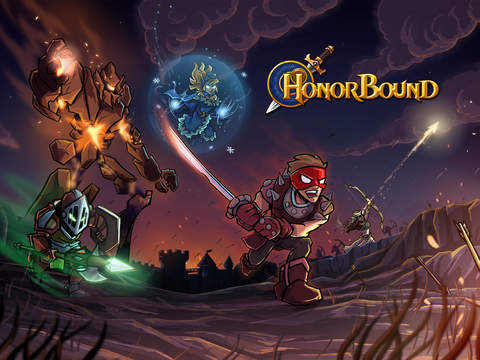 Honorbound is unique in that it is fully based on traditional card-based games, but is also a deep story-based role-playing game in a dark fantasy world. You choose from one of five hero classes – warrior, rogue, wizard, cleric or knight! There is turn-based combat, the ability to customize your player or team, and otherwise get into the role-playing elements of the game. But if you are more into combat and romping around in the world you can actually let the game handle many of those details – it works for everyone!

Recently Honorbound expanded to more than 7 languages and more than 500 distinct characters. It has seen recently topped 4 million downloads and broke into the list of top 100 grossing apps on the App Store.

I have put a few hours into playing Honorbound on iOS and Android and found it very enjoyable. I never needed to spend actual money, but the pull to buy items is always there when you encounter delays while research is completed or other delays make you wait. Also worth noting is that the game is online-only – I tried to access it once while in airplane mode and was unable (the fact I needed to use airplane mode is a reminder of how widespread easy WiFi has become!). Another complaint I have heard is the long load times, coupled with occasional needs to download updated content. I didn’t find that bothersome, but it is something worth knowing about.

Head to the iTunes App Store and check it out! Also available for Android on Google Play!

Here is a gameplay video: