After not subscribing for a while, my family has been thoroughly enjoying a renewed Spotify subscription these last few months. The constant stream of improvements since they first launched has made the service more valuable than ever. Now they have introduced a new feature – Touch Preview – that lets you quickly check out new songs without leaving your playlist. 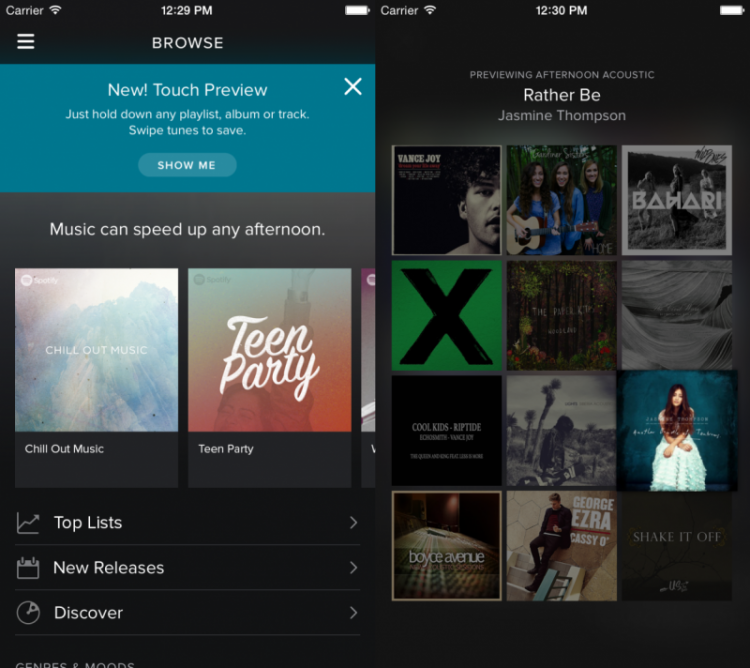 Touch Preview and Swipe Save

Spotify last week announced an update to its iOS app that will bring more streamlined controls into its music browsing software, most notably allowing users to get a sneak preview of a song, album, or artist with a simple tap and hold on the screen.

The new feature, dubbed “Touch Preview”, is aiming to get Spotify users to find their preferred music faster and with less hassle. The update also brings a swipe-left gesture into the app — doing so on any song quickly saves it into Your Music for listening to later. The update to Spotify’s iOS app have already rolled out to users.

Check out more info on Spotify’s website, or head here to grab a few trial or new subscription!

Check out the intro video: