I remember playing Elite Beat Agents on Nintendo DS in 2006 – it was a blast to tap out beats to popular songs and improve your score through multiple attempts. Since the Playstation Vita has a touchscreen it only makes sense that we have a touchscreen rhythm game for the Vita! Jungle Rumble is now available for your tapping pleasure! 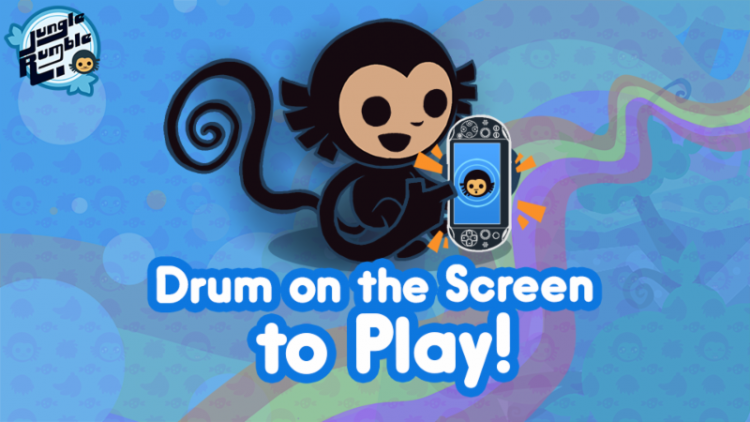 Players help lead the Mofongo tribe of monkeys against rival banana-stealing primates, before discovering that human destruction of the rainforest is driving their neighbors to invade. The Mofongo then confront the true evil ravaging their land to reclaim tropical paradise.

To command the monkeys, gamers drum on the screen of their Vitas in time with the dynamic soundtrack, while also making quick decisions about where to move and who to attack.

Get more information at the official site, or head to the Playstation Store to buy it now!