When last we heard about 3D Realms, it was with regards to the Duke Nukem franchise and the Gearbox release of Duke Nukem Forever, of which the less said perhaps the better. Their last release was 2006’s Prey, a solid game with a sequel that was cancelled. But now they are back with a great looking action-RPG called Bombshell! 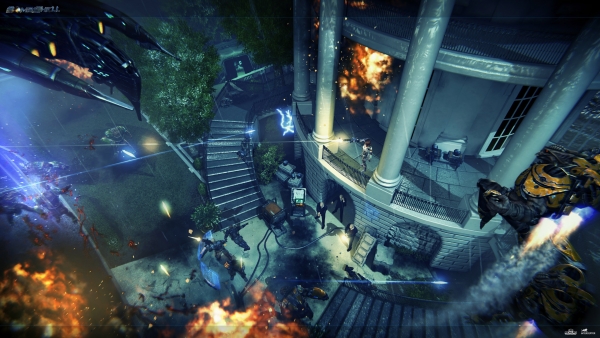 Bombshell is an action/RPG game played from an isometric perspective. You’ll play as new protagonist Shelly “Bombshell” Harrison, a former bomb technician who years ago wasn’t able to disarm a bomb made by an evil alien race called the “Kyrr.” That blast is remembered now as an event called “The Washington Incident.” Shelly lost her arm in the explosion and was discharged from the military, and the President went missing.

Just prior to the game, a private contractor approaches Shelly with an offer of a new arm (made from alien tech recovered from the bomb blast) and a chance at redemption. Outfitted with a mechanical arm, Shelly embarks on a journey across alien worlds, searching for the missing President and trying to save Earth from the evil Kyrr and the mad scientist who leads them, one “Jadus Heskel.”

Bombshell is coming later this year for PC and consoles, without any further details. It is probably safe to assume a Fall 2015 release at $59.99 for PC, XBOX One and Playstation 4.