Just a few hours ago, Verizon announced that they will finally release their Nexus 6 today, March 12th online. After months of whispers and speculation the time has finally come. 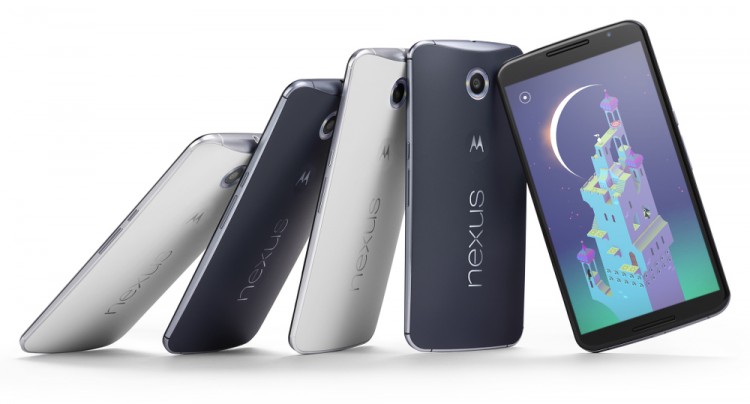 Google originally stated that they were partnering withal four carriers, but the “Nations Most Reliable Network” was left out in the cold in November when AT&T, T-Mobile and Sprint all released the unlocked device. But the time has indeed come, and Verizon will be releasing the phone tomorrow.

Ahead of the announcement today, the status of the Nexus 6 was leaked first by our friends over at Phandroid. Following that, a reddit user by the name Mh1781 confirmed the plans with a screenshot that unquestionably will get Android users excited. 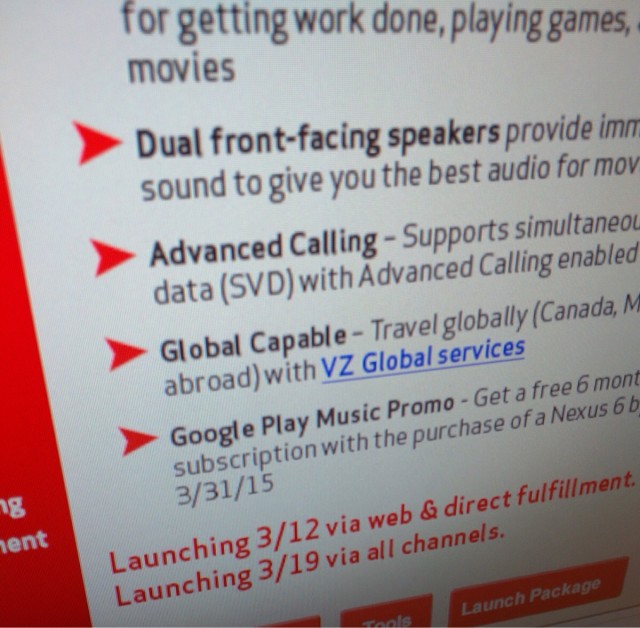 The Verizon Nexus 6 is said to start at $249 with a two-year Verizon Edge plan, which will cost you about $30 a month. If you’d like to pay full retail, it will set you back $699. Verizon will only be offering the 32GB device in Midnight blue and will come preinstalled with newly released Android 5.1 software which supports HD Voice.

Verizon Wireless also has a promo for its release:

Customers who purchase the Nexus 6 before March 31, 2015 can get a 6-month subscription to Google Play Music All Access at no additional cost ($9.99 a month after trial). That means you can store the songs you own and stream from a library of more than 30 million titles
The Nexus 6 will be available in stores as well on March 19th.

Will you be online ordering yours?