Chevrolet says they are no longer going to compete in the midsize sedan segment. Instead, as they debuted the all-new 2016 Chevrolet Malibu and Malibu Hybrid at the New York International Auto Show this week, they said they are going to win the segment with this car that is longer and lighter, has more interior space and improved efficiency. 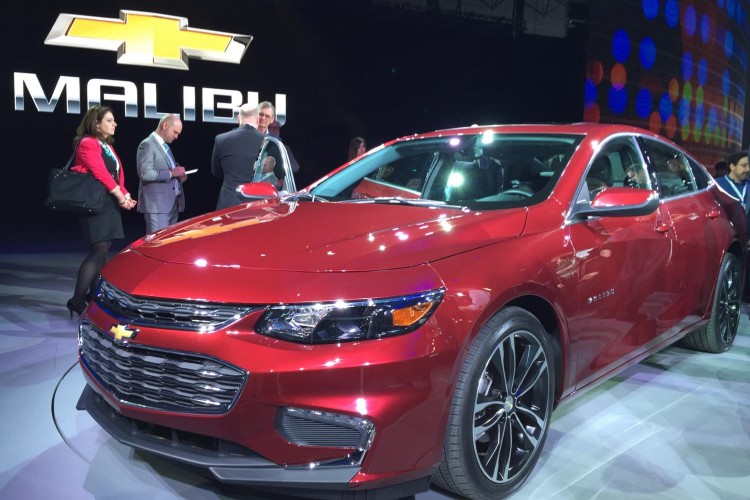 Chevrolet took lifted the veil on its next Malibu models in New York City, debuting a car that features significantly updated and improved design both inside and out. And for the first time in its history Chevy is delivering a true hybrid gasoline/electric vehicle in the form of the 2016 Malibu Hybrid that should deliver 48 miles per gallon city and 45 mpg highway thanks in part to technology borrowed from the next-generation Volt. 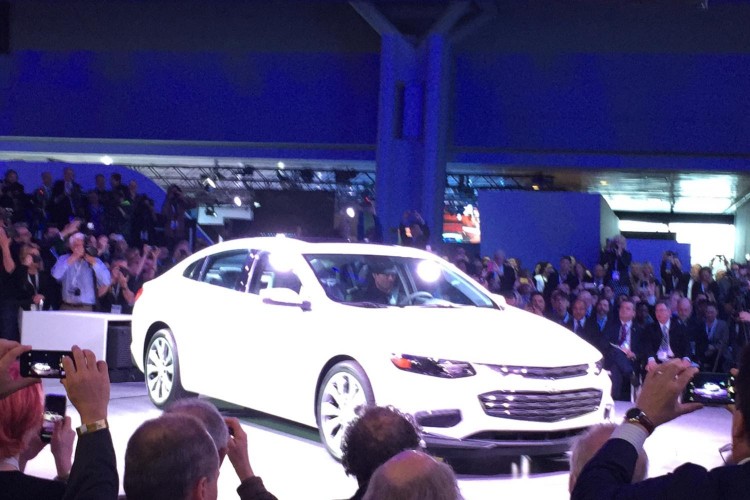 Longer and lighter translates to nearly four more inches in wheelbase over the current Malibu and shedding nearly 300 pounds. Malibu chief engineer Jesse Ortega said his team worked diligently to deliver a vehicle meeting and exceeding customers’ requests for great fuel economy and connected technologies and all wrapped in a gorgeous exterior. 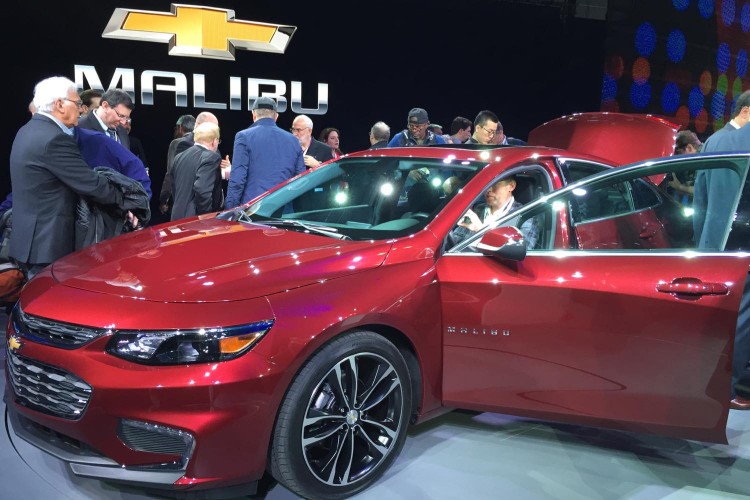 The two gasoline engines that will be offered in the next Malibu include an all-new turbocharged 1.5-liter I4 said to deliver 160hp and an estimated 37 mpg highway and a high output turbocharged 2.0-liter I4 generating 250hp and up to 32 mpg highway. The 1.5L will be mated to a six-speed automatic transmission while the 2.0L will see an all-new 8-speed automatic gearbox behind it. 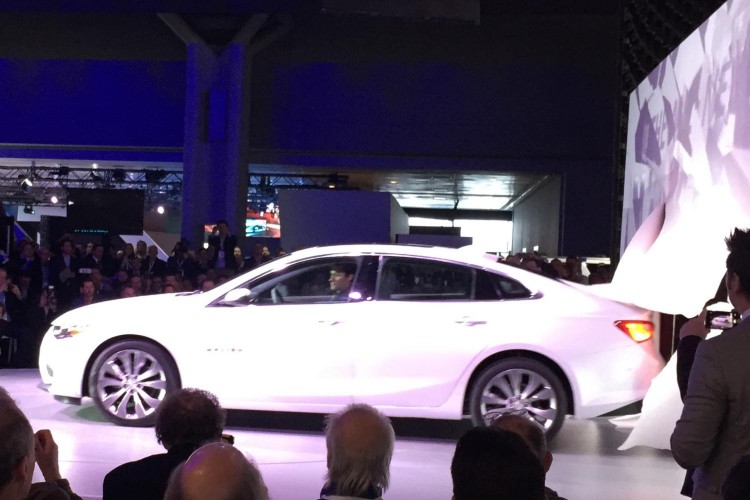 Under the hood of the new Malibu Hybrid is an all-new direct injection 1.8-liter I4 gasoline engine mated to a two-motor drive unit borrowed from the next Volt but slightly modified for this application. Total system output is estimated at 182hp. Powering the electric drive motors is a new 80-cell, 1.5 kWh lithium-ion battery pack that will allow the Malibu Hybrid to operate in EV mode at speeds up to 55 mph. 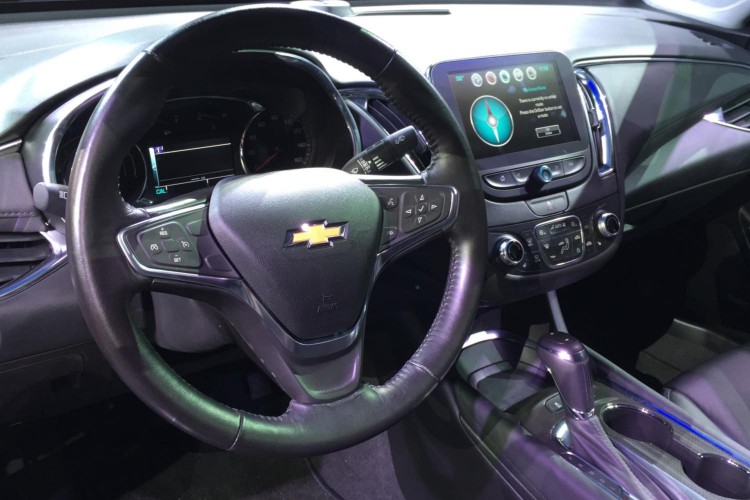 All 2016 Malibu models will feature the latest in safety and convenience technologies that GM has to offer and Malibu will debut the new Teen Driver system allowing parents monitor driving habits. The system will also play an active role at times by muting the audio when seatbelts are not fastened and will provide visual and audible warnings when the vehicle is traveling over predetermined speeds. 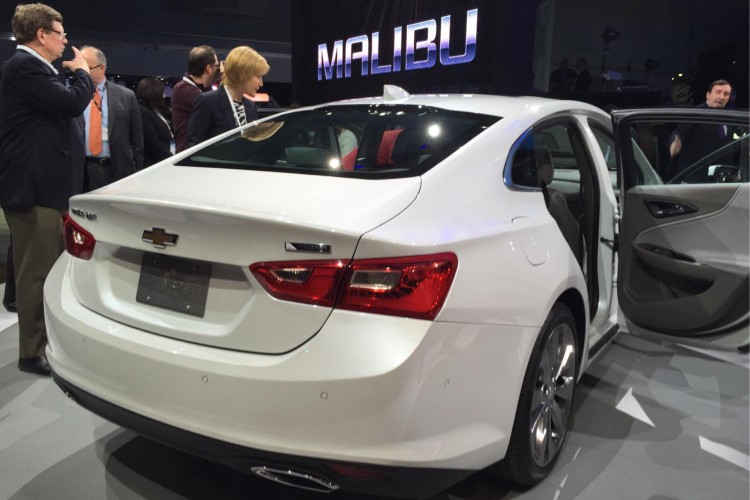 Its new design is perhaps the most compelling feature of the next Malibu although one of the designers did admit that while he drew inspiration from sand and beaches he had never actually been to the beaches in Malibu, California. 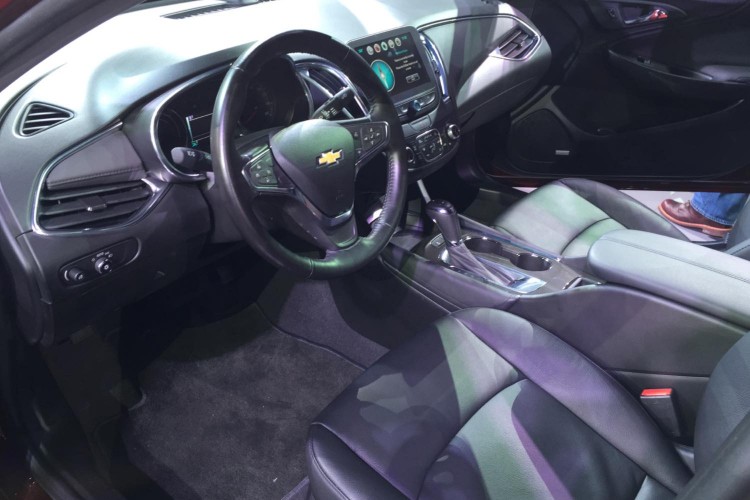 The 2016 Malibu is the ninth generation of the Chevy’s midsize sedan that was introduced in 1964. The first new models will arrive by the end of 2015 and Malibu Hybrid should be in showrooms in early 2016. It may be late to the fluidic sculpture game in the midsize segment but Chevrolet is serious about not only competing but winning with this new car. 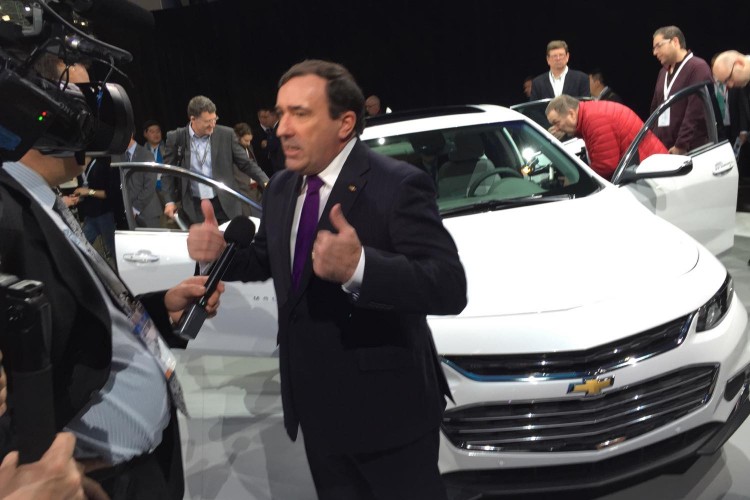 Disclosure: Travel and accommodations to NYIAS were provided by GM.