If you’re not a fan of Apple’s variation of the smart watch, but would still like to receive notifications from your wrist, there might be hope for you yet!

Created by well-known company Viawear, the Tyia is a smart bracelet that, although looks a bit like a mood bracelet at first glance, is much, much more. The luxury smart bracelet is a stylish way to look at your notifications, via a glow, or vibrations, or both. Now you will never have to worry about missing that special text from your spouse while in the middle of a meeting. 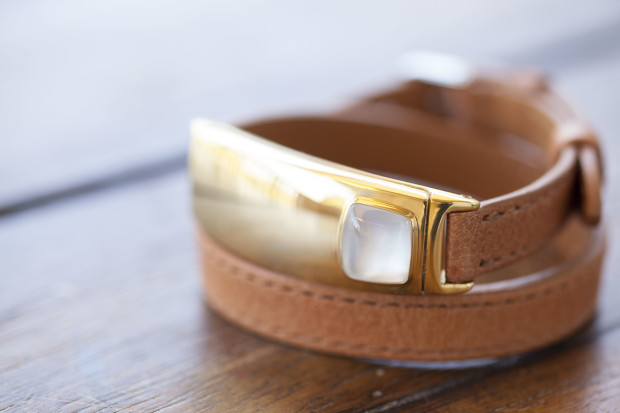 The Tyia is created with fashion being the first goal, and the first impression it makes. Made from metals and genuine gemstones, the Tyia is cast in sterling silver and comes in various options such as gunmetal and a 18k gold vermeil. On top of that the leather and Cayman strips included are not only fashionable, but interchangeable as well. NEVER have to worry about your outfits not being coordinated! The gemstone itself is a semi-precious quartz with mother of pearl that allows you to see the hidden LED light. Currently going through the paces on Indiegogo, the Tyia is made to work as your own personal assistant.

Never worry about missing alerts like a text, or a reminder, from any app, even third-party. Each notification will notify you immediately and discreetly so you choose when you want to pull out your phone to check it. But Tyia does more than just look fancy on your wrist! The Tyia has an accelerometer that can be used to measure your steps, because 10,000 steps a day could be hard to count in your head, right? Tyia can easily go from the office to a stroll on the beach, and then out on the town in the evening. 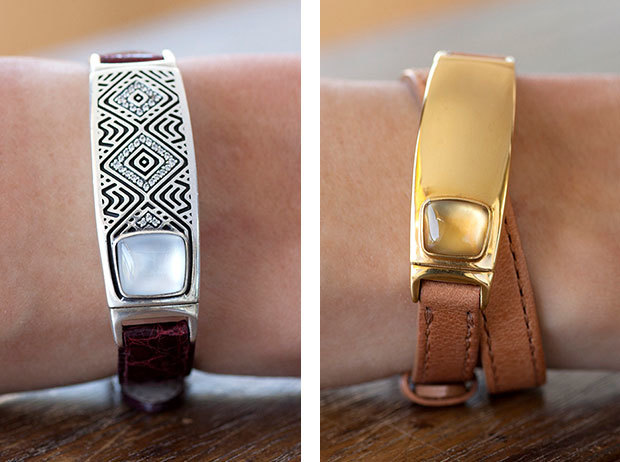 Tyia syncs with your phone and configures your alerts accordingly. From contacts, to keywords, calendars to even your Facebook and Twitter accounts. Being able to sync each notification a particular color (up to 256 different colors) and 12 different vibration patterns, creators Ben Isaacson, and Walter Chefitz spent three years developing the Tyia in their labs and need your help bringing this water-resistant, Bluetooth 4.0 device to your doorstep sooner.

With a $25 donation you will be a supporter of the Tyia and if you would like to assure that you’re one of the first to get one, for $200, you can be an early supporter of the smart bracelet and receive either a Silver, or Oxidize Silver “Gunmetal” Tyia with a white quartz. The normal retail of this limited edition version is $400, so this is a GREAT deal for everyone. 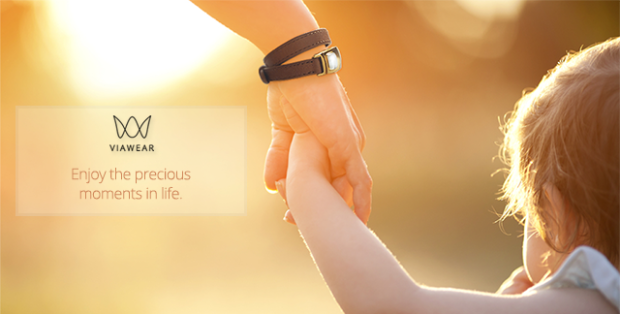 What are you waiting for? Get down to Tyia’s IndieGoGo today!