You probably have a low battery while reading this. Admit it, you can’t stay off your phone, and honestly, we here over at GearDiary appreciate you. But you’ll be happy to know popular accessories company Satechi has DONE IT AGAIN, and released more useful gadgets for you to drool over.

Announced today, Satechi released their new, sexy Aluminum Portable Energy Stations. Available in three different models, these battery packs will literally charge everything you can think of, from your smartphone to your GPS device. And if you still have a tablet with the recent overload of 5-inch or bigger phones, yes, they’ll charge them too. 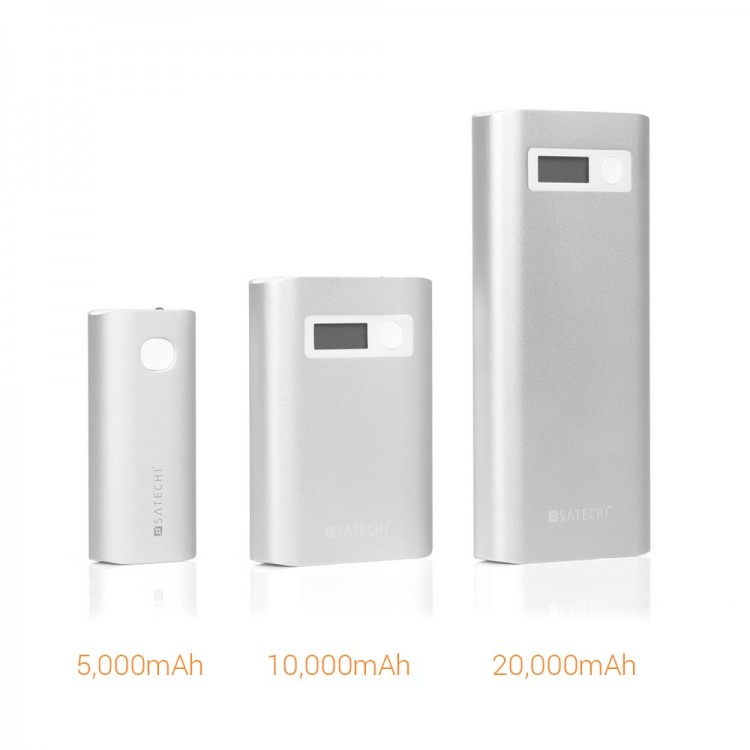 The three models are SX5, which is 5,000mAh, SX10 which is 10,000mAh, and the SX20 which is, you guessed it, 20,000mAh. Gotta love the fact that they kept it simple for those who don’t know exactly how much charge they’ll actually need. The SX5 is the lower tier model, sporting a single charging port which is good if you just need to have an extra boost during the day. The SX10 has 2 1A port for traditional smartphones and a single 2.4A which will quickly charge larger smartphones and tablets. The one I have my eyes set on is the SX20. 20,000…DAMN… This beast has TWO 1a ports, and TWO 2.4A USB charging ports which will charge four devices at once. So my Apple Watch, my iPhone 6 Plus and my wireless headphones will never go without.

All three of these chargers have an obviously aluminum exterior that’s simply eye-catching. Their all slim as well so the compact design will fit into your bag, pocket or purse with little effort.