Recently, the folks at Moshi were kind enough to provide Gear Diary with a few of their products to evaluate for the new MacBook 12” (2015). I’m going to look at the first of these — the iGlaze for MacBook, a clear shell to protect the outside of your MacBook. 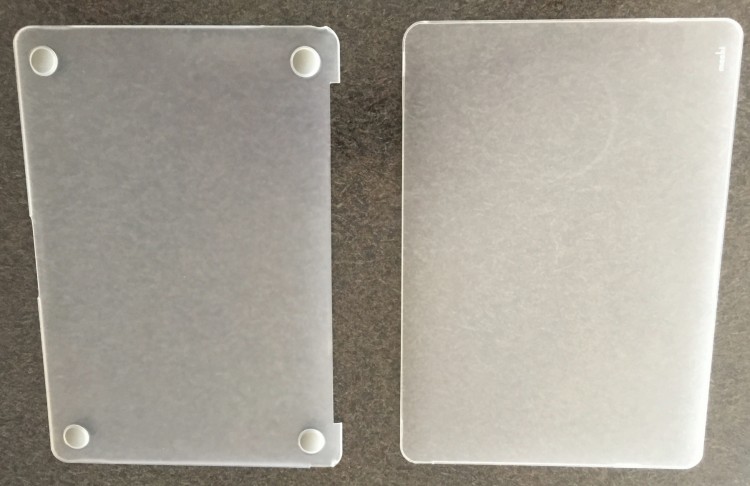 As I mentioned the shell is clear, so you don’t lose sight of the natural color of your MacBook whether silver, space grey, or gold. The shell comes in 2 parts, to fit the top and bottom of your MacBook. They snap on very easily and fit well.

The overall fit of this shell is really good and it is light and thin enough not to add a huge amount of weight to the MacBook, especially important since the main point of the new MacBook IS its thinness and light weight. There was a small problem with the sample I received. It unfortunately had a blemish in the plastic right where it covers the shiny Apple logo on the back of my MacBook so the MacBook always looks like I put the cover over a dirty MacBook. It isn’t a serious blemish, but it is in a bad place, not easily hidden, and it was a little disappointing.  This could happen to any cover you purchase, though, so I always suggest you inspect things carefully! 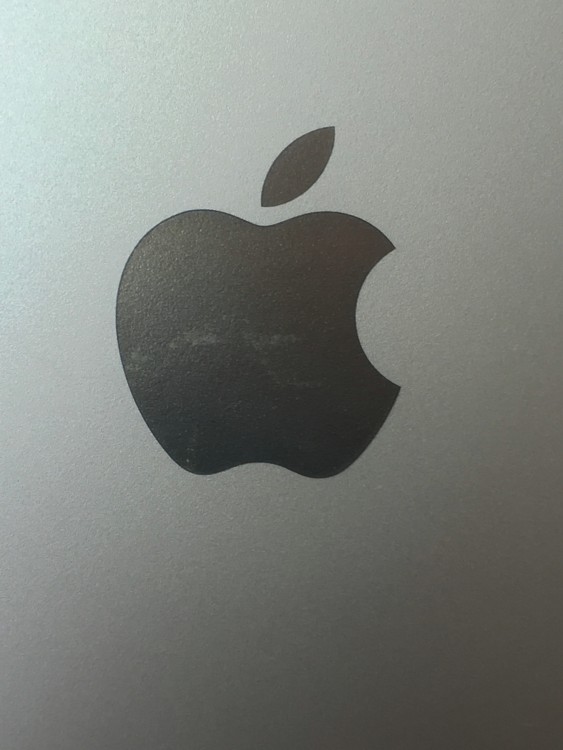 You can see the slight scuffing on the iGlaze case. Unfortunately, the scuff is in a bad place.

Again, I want to point out that putting any cover on a device as thin and light as the MacBook makes a noticeable difference in size and weight, but the Moshi iGlaze doesn’t add any more than is necessary to protect the device, which I appreciate. The design is minimalist, just like the MacBook itself.  The covers themselves are really designed well.

Although I am impressed with the overall cover design, there is one design choice in this product that I don’t care for.  They decided to put the Moshi logo on the top cover upside-down from the Apple logo, presumably so you could see it upright when your laptop was closed, but I find that aesthetically displeasing.  Not only that, the decision to put the  logo on the top cover upside-down actually created a small problem for me. 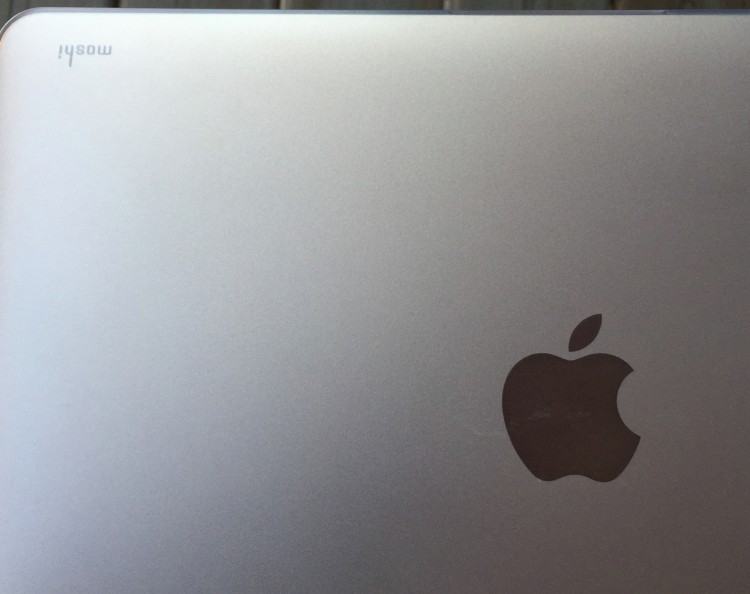 The Moshi logo is upside down from the Apple logo.

When I first put the covers on the MacBook, I accidentally put the top cover on to match the Apple logo which also meant the indentation/tab for the opening notch was not where it should be so the cover flexed whenever I tried to open the laptop lid. This made me initially think the cover was poorly designed and flexed too much until I took the cover off and realized my mistake. If the cover logo had matched the Apple logo in direction, I wouldn’t have made the mistake. To be fair, the instruction pictures DO show the logo upside down and if I had followed them exactly, the mistake wouldn’t have occurred. Still, I feel aesthetically and logically the Moshi logo should probably go in the same direction as the Apple logo. 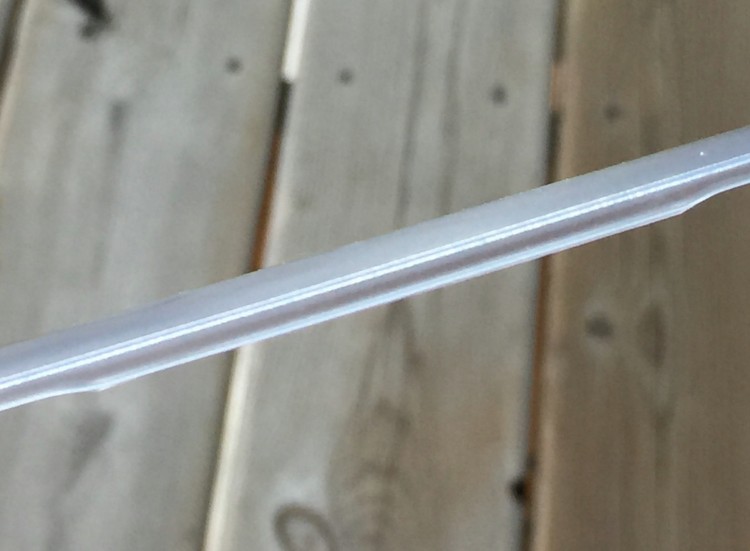 The tab that adds rigidity to the top cover. I put this on upside-down at first.

So in summary, I like the iGlaze a lot, and I do recommend it, but I still think it could use just a touch more attention to detail. The MacBook is a high-end and expensive product and I suspect that people who own them are going to be extra picky about the accessories they put on them and use with them. I think just a little extra attention to the small details I mentioned would go a long way.

The Moshi iGlaze 12 is available from the manufacturer’s web site or from Amazon for $54.95.

What I Like: A beautiful matte/clear cover that doesn’t hide the beauty of the MacBook and keeps in line with the minimalist feel of the MacBook, avoiding unnecessary bulk.

What Needs Improvement: I think the Moshi logo should match the direction of the Apple logo. Also more care needs to be taken to avoid blemishes in the plastic.