I remember the one and only time I had a running store fit me for shoes. The clerk had me run on a treadmill barefoot,visibly recoiled at how flat my feet were, and told me I needed hardcore stability-style running shoes. I believed him, until I ran a few miles and my knee screamed in pain. 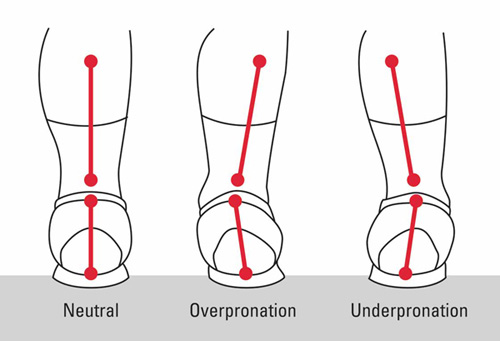 After that, I decided not to listen to anyone else regarding what was “best” for me, and to listen more closely to my body. I’ve tried minimalist shoes, traditional running shoes, and even done a few short runs barefoot. What I learned was that I can run in just about anything, as long as it’s a neutral shoe, meaning it doesn’t have any features designed to control how my foot hits the ground. “Motion control” and “stability” shoes often have hard pieces of plastic called medial posts in the arch, or have other built-up spots designed to guide your foot in a specific direction as it touches down. The common misconception is that if your foot rolls too far out or in when you strike the ground, and your shoe can compensate for that, it will prevent injury.

However, the New York Times Wellness blog is reporting on a study that indicates the opposite and validates my view that what feels best is more important than what “should” work. The report looked at various studies and determined there were lower injury rates among people who did not wear corrective footwear, and/or who wore shoes chosen by them based on comfort, rather than a pseudo-scientific analysis based on whether their foot rolled in or out when it struck the ground.

So what does this mean for the average person? If you’re a seasoned runner, you’ve probably settled on a style of shoes you prefer, and if you’re having injury issues maybe try a neutral shoe or play with cushioning and fit. If you’re a new runner, don’t let the store dictate what you buy. First and foremost try on a few neutral shoes, and if those really don’t feel right look at moderate stability. Go with your gut, and remember that the clerk in the store isn’t running in those shoes, you are — and science and experience indicates that means far more than the traditional “support, support, support” mentality.