If you were a fan of the LG G3 and it’s 5.5′ screen along with the quad HD display and 13 megapixel camera, but couldn’t wait for the latest update, you’ll be surprised to know that the slight bump in specks in the latest LG G4 smartphone is actually pretty nice.

It seems like we are always hearing about the latest, greatest “flagship Android device”, and as an iPhone user, I welcomed using a device that was a bit more free when it comes to its usage. Apple fan boys have a hard time attempting to differentiate their love for their own devices and their envy for the “other,” so for reviewing the G4 I tested the things I’ve heard hyped about the phone that an average consumer would see at face value and want out of the phone. Plus, I honestly like to stay knowledgeable about the competition in the event the great debate over “but my phone can do this”, I can actually know what it is that I’m speaking of. 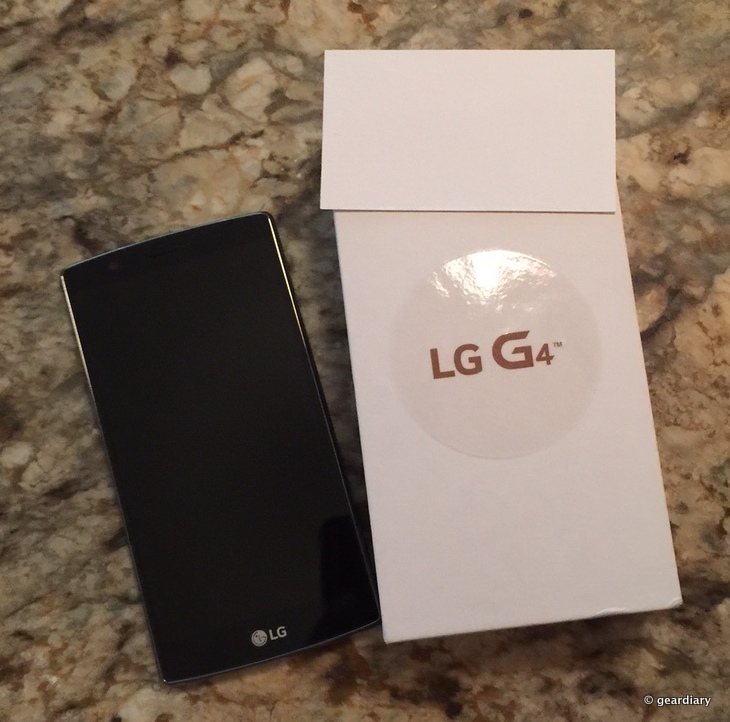 The first thing you’ll notice about the LG G4 after opening the box is the slim yet curvy feel to the device itself. I received the black leather model which to me was a bit interesting to say the least. It’s leather feels really nice in the hand, and after using the device over time, when it gets a bit hot, it doesn’t feel strange to hold in my hand at all. This is telling because I hate how my naked iPhone feels when hot. 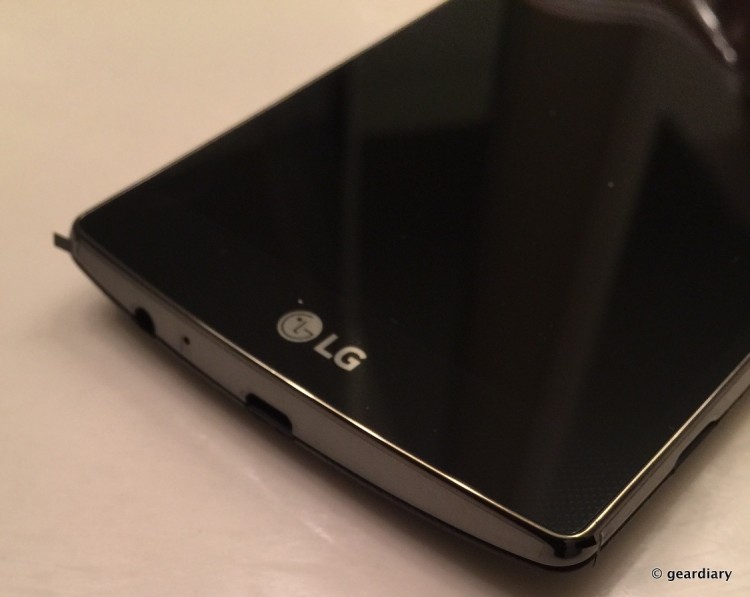 The curved edges of the g4 are pleasant to hold in the hand.

With a curve to the phone itself, it still manages to look flat, something that Samsung couldn’t manage to do. To me though, the curvature of the phone itself actually plays right into one of the backs of the phone, which is where all of the physical buttons are, which is where most of the more notable changes are between the G4 and the G3. While there’s no dual LED flash anymore, they did replace that with a sensor for color spectrum. 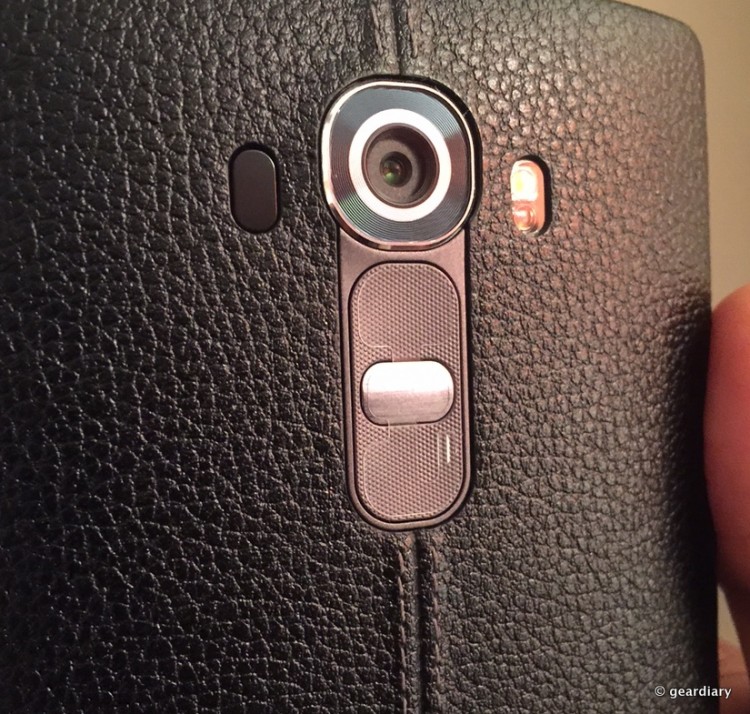 The back portion of the G4, obviously lacking one major feature of the G3

But you could probably care less about that. You want those features! And one of the best features everyone is talking about is the camera. The LG G4 has one of the best low light cameras, which I of course tested, on top of a 4K video camera. For a while now, Android’s devices have arguably been less premier than the iPhone when it came to actual quality. This isn’t the case with the LG G4. 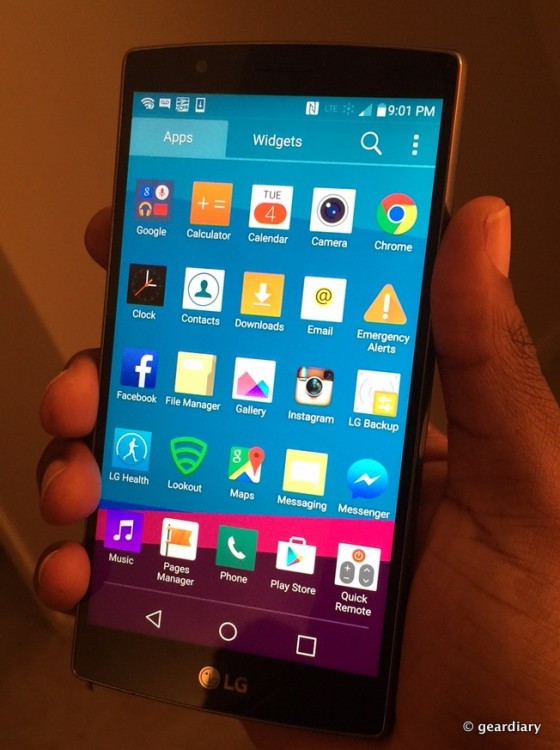 The camera is just great with a host of options like white balance, ISO, shutter speed, raw images, and the low light lens is just great for those of you who have a habit of taking photos in dimly lit rooms. There’ve been too many times where I’ve attempted to take photos out at a restaurant or the like, and my photos have still come out pretty dark, regardless of me playing with my iPhones lighting feature. 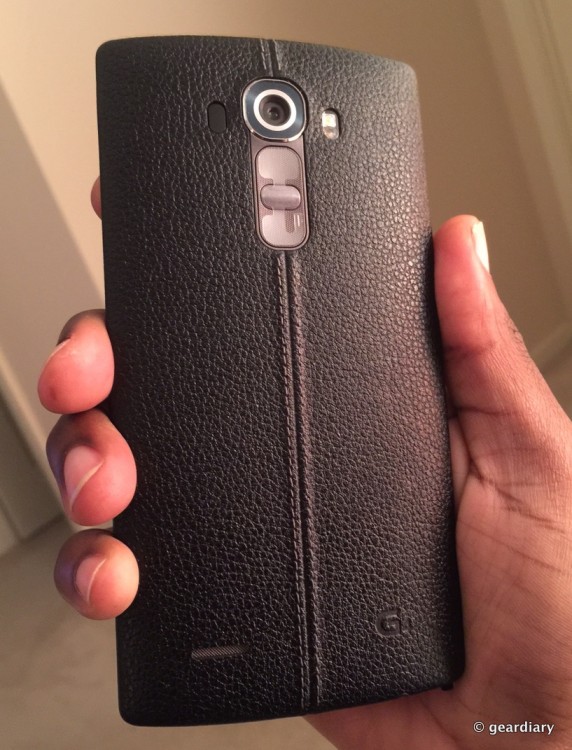 LG was nice enough to include a removable battery on the G4, which is the only flagship currently on the market that allows this. Ironically however as we all can remember when Samsung marketed their Galaxy S5 with the where you could see in the commercial people simply replacing a drained battery with a fully charged new one. Well their latest phone the Galaxy S6 doesn’t have this. The LG does. So in this department, LG got it right!

One small thing to a lot of people but a huge thing to me is phone shortcuts. I’m a creature of habit and sometime I’ll be in the middle of a thought and want to quickly jot it down. However with my current device, I have to unlock the phone, open my app, click “new note” and FINALLY get my thoughts out. This sucks for folks with already less than short attention spans who will unlock their phones to jot down that one thing they needed to remember but get sidetracked and end up checking Facebook instead. The LG G4’s lock screen shortcuts are great to have, as they launch the app directly from the lock screen. Cannot speak enough about how great this feature is. 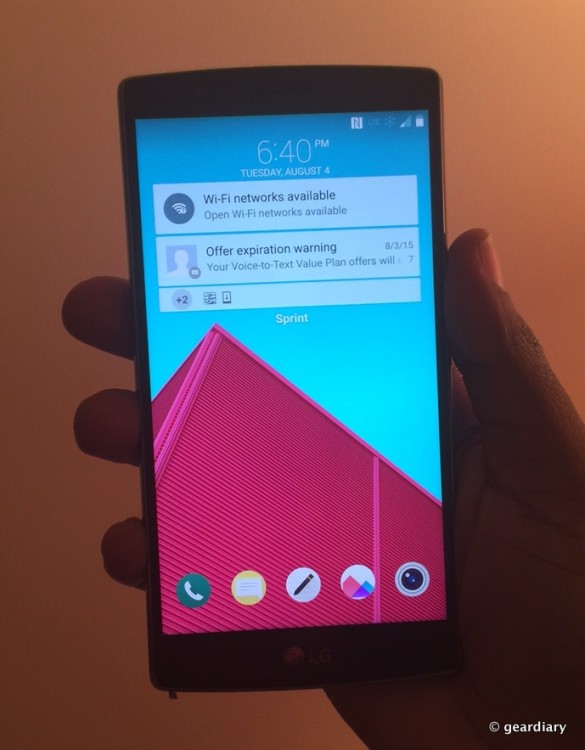 Screen resolution is always a thing for me. I don’t like to carry a tablet everywhere I go, and I occasionally watch movies and videos on my device, and when I do, I want it to look the best it possibly can. The G4’s 1440 x 2560 resolution screen is honestly just beautiful. Watching YouTube clips were virtually seamless and crisp, and you could get lost in watching something on your 5.5′ screen on a train ride or that trip you’ll be taking soon. 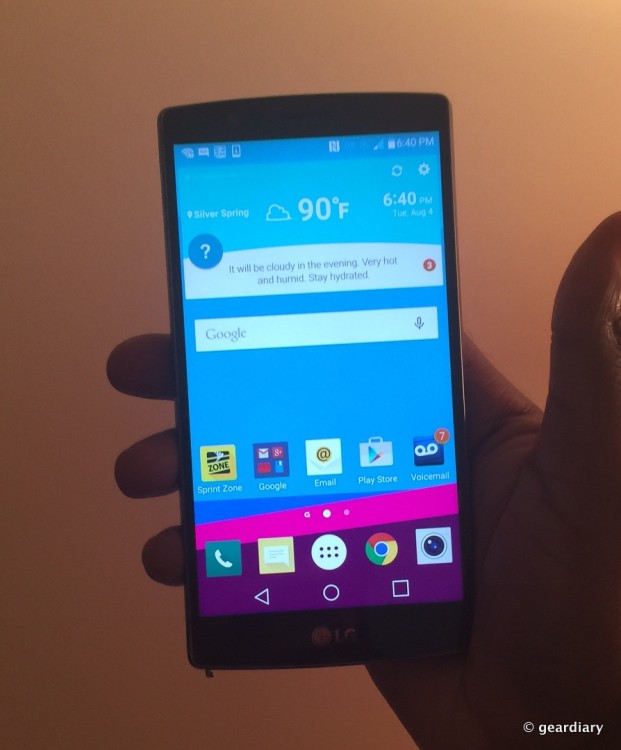 Overall, a lot of people might think that Samsung is the way to go, but me personally, between the awesome leather-bound backing, the camera, and the beautiful display that comes with the G4, I rather take all that comes with LG’s latest flagship, most importantly if you like to carry a backup battery and its own microSD slot that can get you up to 128GB of extra space for those movies you’ll be watching. 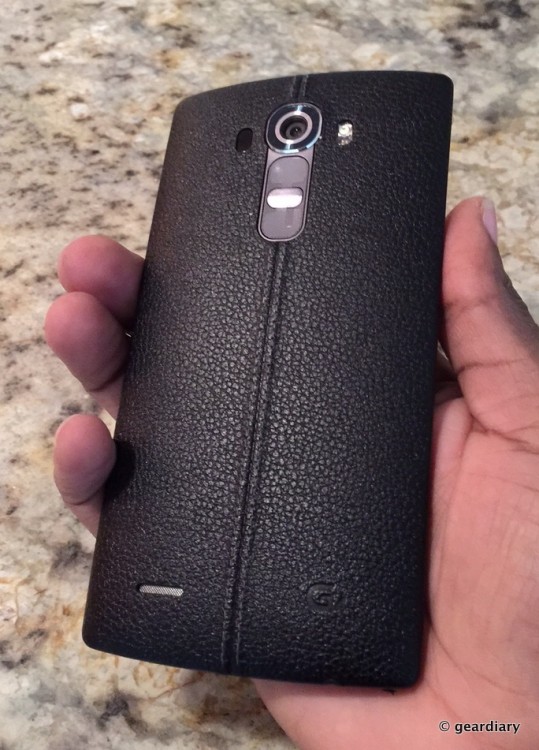 What I like: The display itself is awesome, and the fact it has expandable memory gives you even more reason to take advantage of that

What Needs Improvement: Battery life could always be better