Phones come and go every year, and nobody notices very much. Generally they are superseded by a new model, the Galaxy S6 replacing the S5 or the iPhone 6S replacing the 6…but sometimes they just disappear. Such is the case of the critically slammed and commercially failing Amazon Fire Phone, permanently killed off after less than a year. 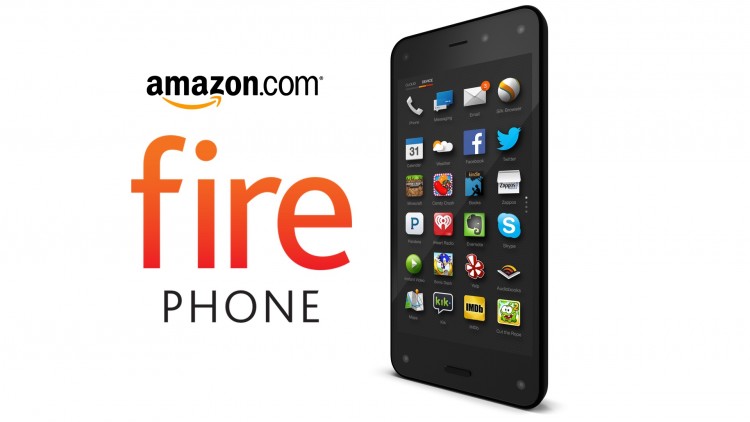 I recently picked up one on a ‘Fire sale’, so let me give five reasons you should be happy you never bought the Fire Phone!

This article at MSN notes the demise of the Fire Phone, saying:

“Amazon’s Fire Phone has finally burnt out. The poorly received and overly developed smartphone is no longer available to buy from either Amazon or AT&T. Amazon tells The Verge that it has sold through its entire Fire Phone inventory across the globe and that it has no plans to replenish that inventory — aka to build more of them — at this time.”

I love Amazon, and am highly invested in their ecosystem because it allows me to leverage all of my devices-iOS, Android, Kindle, Mac and PC- to consume content. So when the rumors started about a ‘Fire Phone’ I was ready – I assumed it would be ~$199 or so (no contract) for a 16GB phone, and I would buy it on the spot. Of course, it turned out to have standard carrier pricing, and to only be available on AT&T, so I skipped it-as did pretty much everyone.

Perhaps it isn’t fair for me to criticize the Fire Phone – since I didn’t ever plug in a SIM card to use it as a phone. But I could still easily find five things that make this the worst phone I have ever used! So let’s go:

I remember an article that pretty much said there were two ways for Amazon to succeed with a phone – great design or cheap price: we got neither. There is very little to distinguish the Fire Phone from the sea of low-cost phones out there…actually it looks brick-like, is heavy, has loads of sensor-holes in the front screen, and is a fingerprint magnet on the front and back.

The price of monolithic design is the inability to add storage or change the battery – but it is something we’re getting more used to as Samsung and others have joined Apple in eschewing replaceable batteries and expandable storage. The problem? Nothing about the design seems to have benefitted by the removal, save perhaps the rock-solid feel of the Fire Phone.

Bottom line – nothing about the Fire Phone says ‘premium device’.

I have had a Kindle Fire since the day-of-release of the first one, and still use my Kindle Fire HDX every day, so I just assumed that I would ‘grab & go’ the Fire Phone. But the UI transitions poorly to the smaller screen, and I was constantly wondering how to get places and do things-especially since there is no back button! Just playing music requires a specific swipe that can easily be mistaken as a selection.

The fonts are weird and often too large, the lack of a back button kept stopping me in my tracks, and just everywhere I turned there was some oddity slowing me down or blocking my progress.

If you can’t drop in a SD card and want music on your phone, what do you do? Either download from your Amazon library or connect to your PC and upload to storage right? Sounds simple – and is what I have repeatedly done with other Android devices (and my Kindle Fire tablets!). But not so fast…

Connecting the Fire Phone by USB to my Mac has been hit-or-miss from the start, but it worked well enough that I was able to transfer a few GB of music to the device, and then also connect from my Alienware PC to transfer some other music. But I could never be 100% sure I would be able to connect…

So when the new Mary Halvorson album Meltframe released on BandCamp in early September I figured I would try to connect to the device, and also upload the album to both my iTunes and Amazon (and Google) music libraries so I would be able to download to the device that way. More than a week later, I haven’t connected successfully by USB, and while the album shows up for my Kindle Fire, through Amazon music on my laptops, and even use the Amazon Echo ‘smart speaker’, it is nowhere to be found in spite of multiple reboots of the phone.

There were two major features that were highlighted as ways to differentiate the Fire Phone from other devices: dynamic perspective and Firefly. Spoiler alert: they both suck and nobody cares.

Firefly was meant to allow you to use the camera and have your phone identify things in the real world and tell you more about them. In reality it helped you shop, and was viewed as a rather crass marketing push. I never found it very useful, which is even worse. Worse still?

The dynamic perspective uses a bunch of cameras to simulate 3D, because…I have no idea. What I DID know was that when I wanted to check battery level I needed to press the home button but also hold the phone at a certain angle or the battery indicator goes away. Bad design.

Also, while I have never really lamented the loss of Google apps on my Kindle Fire tablets, they are very noticeable by their absence on the Fire Phone. Sure Amazon has some substitutes, but they are woefully inadequate and have failed to make much progress over time. I use the Amazon Appstore regularly, but it only works in the context of a WiFi-centric tablet that supplements your existing smartphone – and it was painfully apparent how much stuff is missing when trying to center life around the Fire Phone.

In terms of the app experience, this is worse than the cheapest crap-phone you could possibly consider.

As a long-time laptop user, I am very accustomed to making adjustments to extend battery life. This extends all the way to using Android devices and being very specific about what is running in the background and pulling from your battery at all times. Yet I could never get adequate battery life from the Fire Phone – I tried disabling stuff, going to airplane mode when using it in the car as a music player, and so on … but it was never more than mediocre.

I have searched around reviews about this and find things pretty evenly divided between those who thought battery life was solid or awful. Considering I wasn’t using this as a phone, I cannot imagine adding cellular signal hunting to the litany of battery-draw items I was dealing with.

Bonus: There are two other significant weaknesses-AT&T Only and The Price. Let me look at those quickly as well.

Having the phone locked into AT&T was astounding to me – what can Amazon possibly get for this? I mean, in 2007 when Apple did it with iPhone there was some incentive as it allowed for control as we moved from feature-phones to smartphones. But today there is no need – all it did was lock out ~2/3 of the potential US audience – including people like me who were ready to buy.

The other show-stopper was price. Amazon is an efficiency and price-driven company-we’re used to getting ultra-easy purchasing with competitive pricing, and this extends to their Kindle and Kindle Fire tablets. For $229 I got the Kindle Fire HDX with great screen, sound, and features in a tablet that continues to be a top-performer today. My assumption was that I would be able to buy an unlocked Fire Phone for $200-$300, an assumption shared by many, and one of the main reasons I think the Fire Phone failed.

Every year many more products fail than succeed, that is just how things go. Sometimes they just fail to meet expectations, sometimes they lose enough money to really hurt a company. But it is a rare event when a product fails as spectacularly as the Fire Phone-these are the things that end up in ‘cautionary tale’ slideshows along with the Apple Pippin and Microsoft Bob.

There has been much analysis of what went wrong: arrogance, failure to ask questions, scope-creep, and so on, but I think we will continue to learn the true extent of the debacle for years to come. It will be interesting to see what Amazon comes up with next, as they haven’t had a major product launch since the Kindle Voyage just after the Fire Phone.

Oh, and to answer the question about why anyone would buy one? It comes with a free year of Amazon Prime-so if you get a great deal, you have a phone/Android media player for < $50!

So what were your thoughts and impressions of the Fire Phone?