As you already know, I really enjoy Satechi’s products. They all are very well made, and there is nothing different when it comes to their Aluminum Power Strip.

The four outlet power strip is perfect for that home that has entirely too many electronics, and not enough space for them all. I know I have way too many devices that this power strip easily handled, without having too much clutter and confusion.

What makes the Satechi strip better than the competitors on the market is that it has four outlets at the top, which could house your laptop charger, maybe a lamp, or even your television if you decided to. Then at the end of the strip there are four USB ports that are MORE than enough for an individual or family. Personally, I have a hard time keeping up with the power cubes that come with these gadgets, so having these ports here make it easy to just plug up my Apple Watch, iPhone 6 Plus, and my two external battery packs.

Satechi sets themselves apart with their aluminum power strip with the USB ports by using a feature that they dubbed “smart IQ charging” which is a fancy way of saying it will charge your devices faster than the traditional “plug and wait” process, all the while doing this in an efficient manner that won’t cause you to end up with a high electricity bill. I will say that my Apple Watch and iPhone do charge up pretty fast using this method, but a lot could be said about things like external battery packs or anything else that could be charged via USB. Each USB port supports up to 2.4 amps, so you don’t have to try to figure out which port can support your iPad versus your phone, which is great. 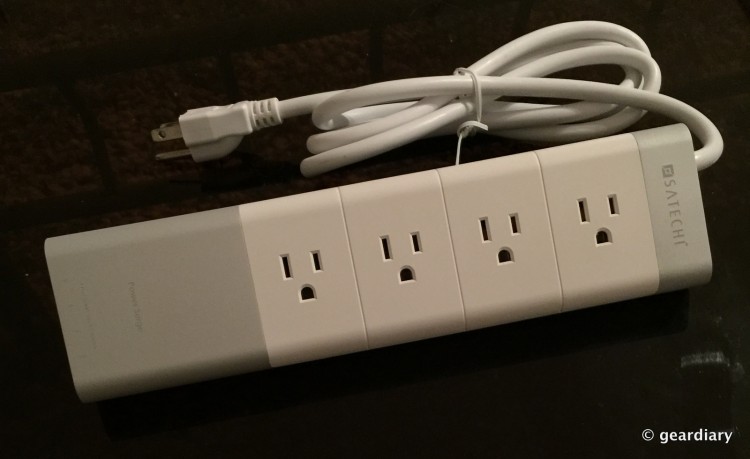 One thing that I do wish that Satechi would’ve done is made the outlet jack flat so it lies against the wall instead of protruding out. Another bonus would’ve been to have a swivel, which it does not. This might hinder some because if you intend on putting this behind your bed or something like a nightstand, just know that you’ll have to adjust your furniture to make room for the traditional in-wall plug to protrude some. 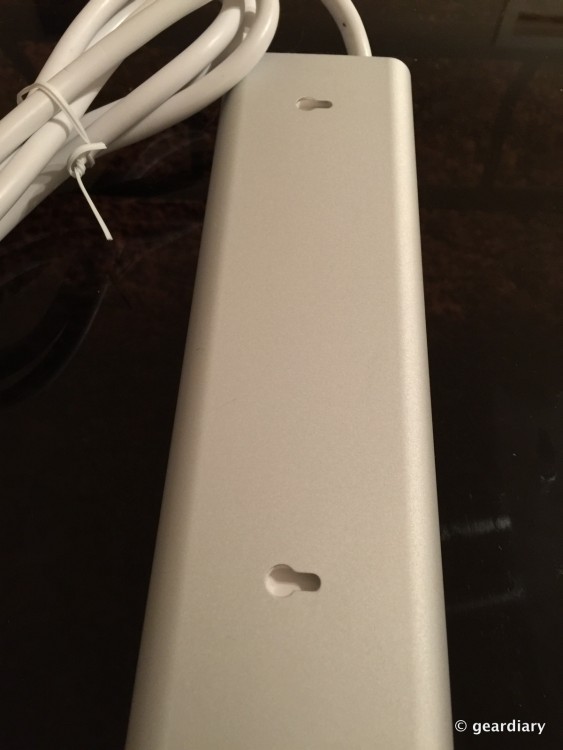 You can mount it to a wall if need be.

The weight of the Satechi is a bit heavy, but that’s a good thing because it’s not going anywhere. If you have a habit of pulling for your cables or snatching your MacBook cable to bring it over to you, the power strip will not just fly around the room with it. 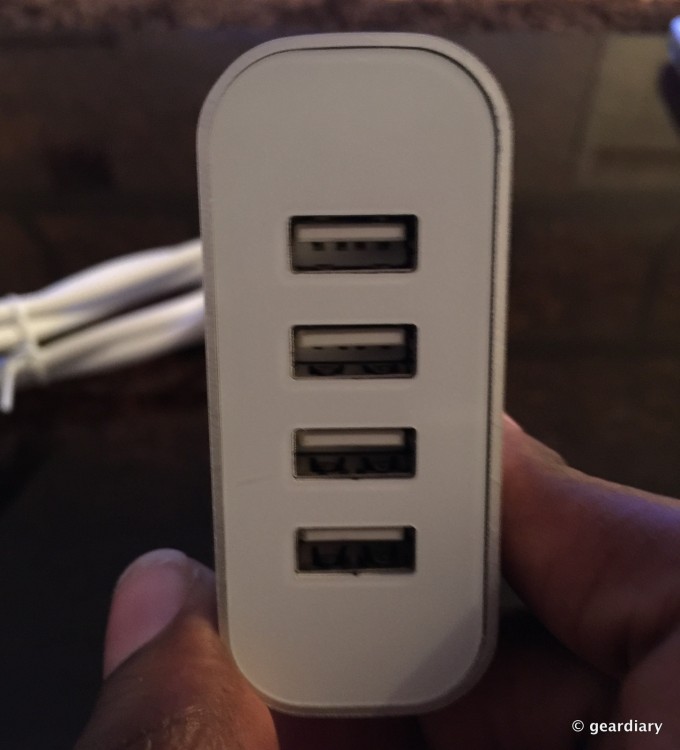 Overall this right now is getting a lot of use in my living room, being plugged up to my television, as well as my Cambridge Bluetooth speaker and SwannOne security system. When friends come over, I don’t have to worry about them asking if I have a power brick, and now they can just plug up their cord, which is very handy. The price is in line with most strips on the market that do similar functions at $39.99, but if you’d like to take away some of that clutter, and you have too many devices in your home, Satechi may have solved your problem with their Aluminum Power Strip. Get yourself one today.

What I Like: 2.4 amp ports means I can charge virtually anything

What Needs Improvement: Needs to have a flat outlet jack to make it easier to sit behind furniture