If you have an iPad, you may have felt a little niggle of interest (jealousy?) when Apple announced their new iPad Pro — not so much because of the Pro’s larger size (okay, maybe just a little bit), but because of its laptop-like capabilities. The thing is, if you have an iPad Air 2, you can get a similar experience.

The Incipio ClamCase Pro is the way that I’m making my iPad Air 2 the best laptop that it can be. 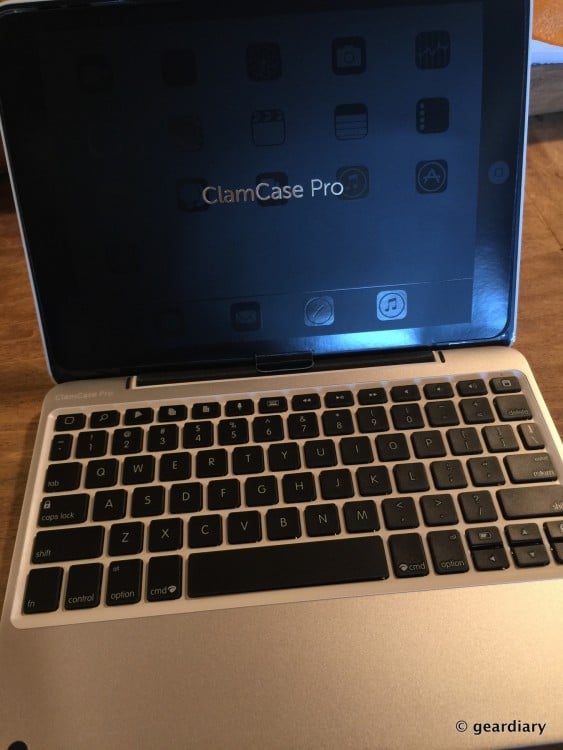 Attaching the ClamCase Pro to your iPad Air 2 will not only add a fully functional keyboard to your tablet, it will provide protection for the screen when it’s closed, and it will allow you to use your iPad in a manner similar to the way the Lenovo Yoga line works — laptop mode, tablet mode, and tent mode. 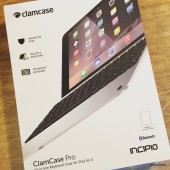 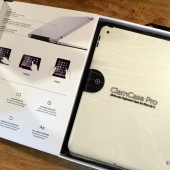 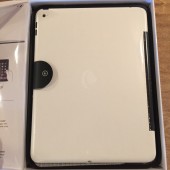 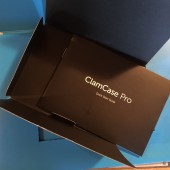 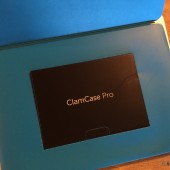 Inside the package you’ll find the ClamCase Pro, a microUSB charging cable (it takes about two hours to fully charge the keyboard), and — for those of you who need to attach your headphones to the iPad when it’s in the case — an adapter that will allow them to work. 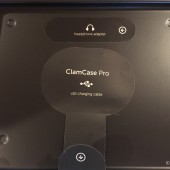 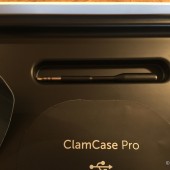 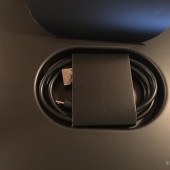 The ClamCase Pro is composed of a polycarbonate outer shell with an aluminum keyboard area, and a soft-touch 360° hinge. Colors available are either black and gray or white and silver; the ClamCase site also mentions a special edition gold which will probably be pretty lovely. 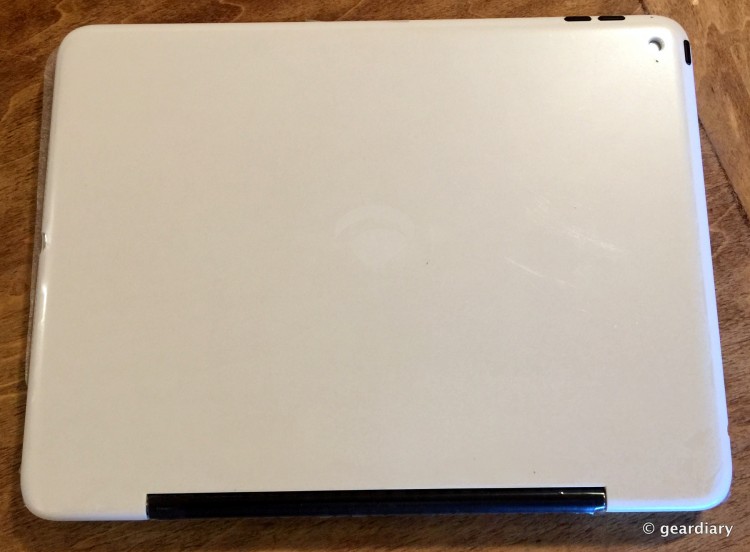 There are four little rubber feet to keep the ClamCase Pro from sliding on a table. 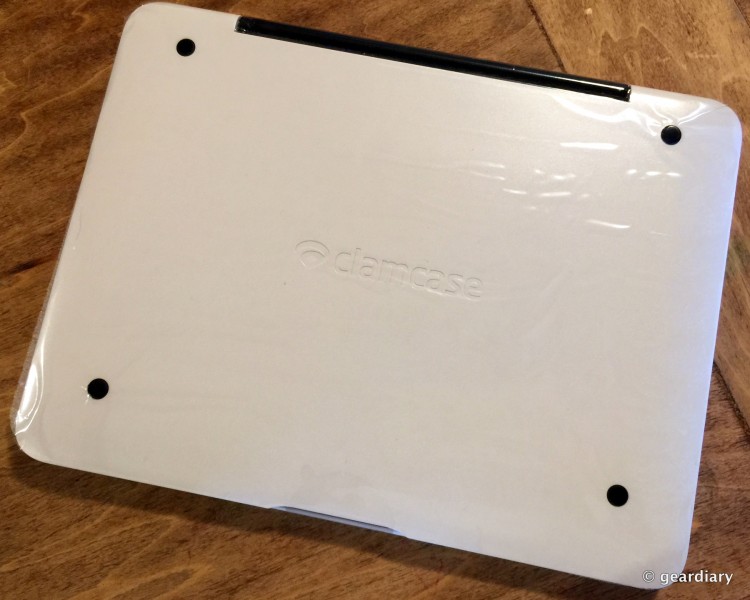 Inside is a very MacBook-esque metal keyboard area. Although it’s obviously smaller, the keyboard is so similar to the MacBook’s that I have repeatedly found myself rubbing my thumbs over the area where the touchpad should be in order to move the cursor on the screen.

Instead, I’ve had to train myself to touch the screen as I go, which isn’t exactly intuitive when using an Apple laptop — or something that looks like an Apple laptop. 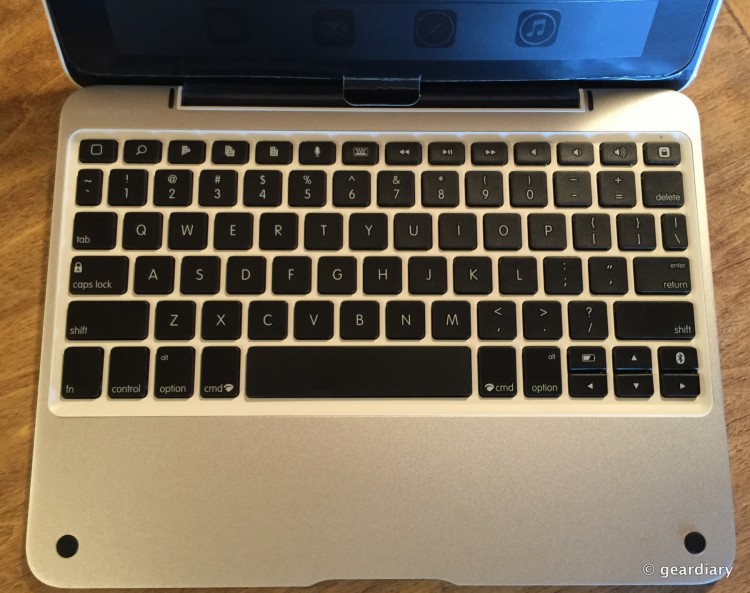 There’s a single LED above the Lock key in the upper right of the keyboard; it will glow orange while charging and green once charged. You can check battery levels by clicking the battery key (third from bottom right): four flashes mean full, three mean 3/4 full, two mean 1/2 full, and one means 25% left.

The ClamCase Pro has keys that are very similar to those on a MacBook (well spaced, not too much travel, just the right bit of click, island style keys — you get the idea) with one exception — the keys don’t have any backlighting. Whether or not this will be a deal-breaker is your call. 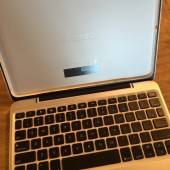 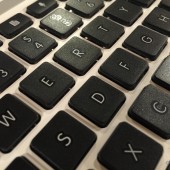 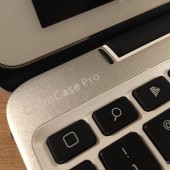 The beauty of this being an iPad specific keyboard is that you get a whole row of lovely buttons with iPad specific functions! Let’s go from left to right: Desktop, Search, Cut, Copy, Paste, Siri, On-Screen Keyboard, Back, Play/Pause, Forward, Mute, Volume down, Volume Up, and Lock Screen. 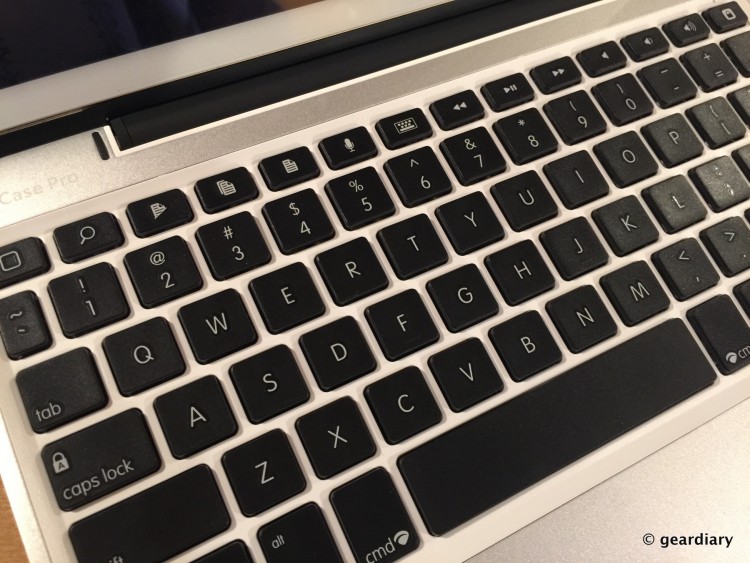 Inserting the iPad is very simple — slide the left edge of the iPad into the part closest to the hinge, and then snap the right side into the shell; you’ll hear an audible click. You can just as easily remove the iPad by peeling the top edge away from the iPad.

You turn the keyboard on by flicking the small switch on the left side to the On position, and if it’s your first time to use the keyboard, pairing it to your iPad via Bluetooth. Boom — just like that, your iPad is a laptop — or as close to a laptop as it can possibly be. 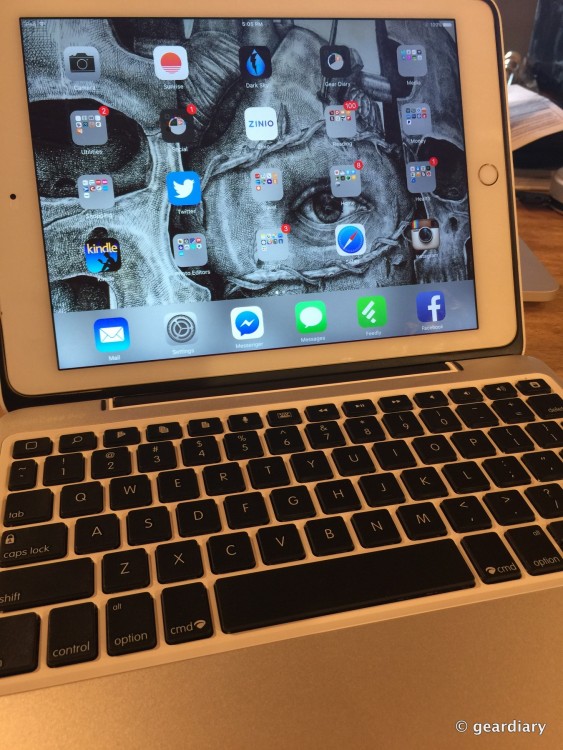 Want to use your iPad like a tablet? Fold the keyboard behind the iPad to make it one. Be advised that the first few times you do this, the hinge will be so tight that you’ll think you’re going to break it. Don’t worry; it’s strong, and it won’t break.

Bonus — when you are in tablet mode, the keyboard automatically turns itself off so you won’t be unintentionally pressing buttons. 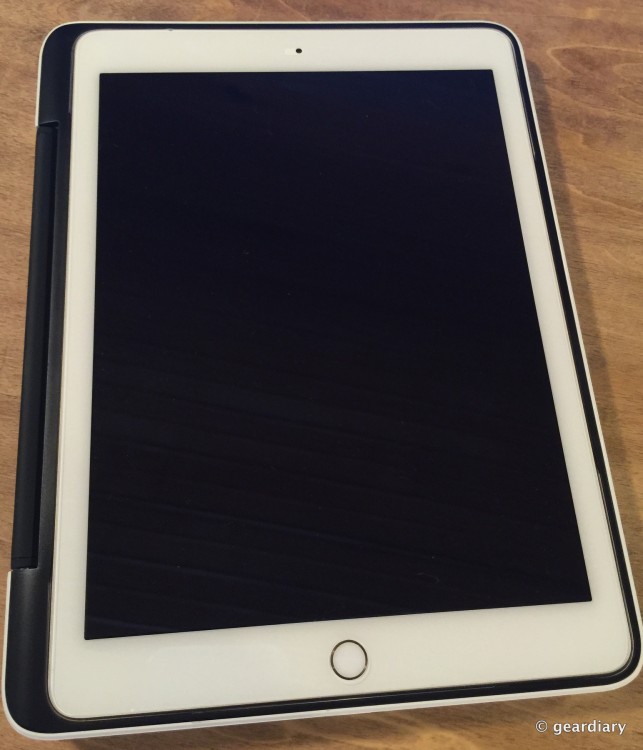 If you want to watch movies, you can fold the keyboard behind the iPad to create a tent effect — fully adjustable, and perfect for viewing. 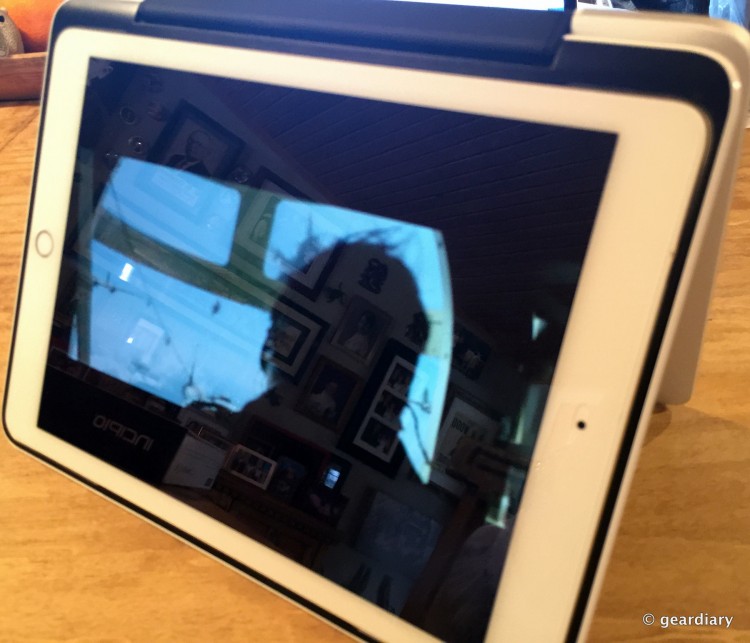 Okay, okay … it’s not all roses! Here is the one thing that has caused me frustration with the ClamCase Pro — the charging port! It’s sized so that only stock Apple cables will work with it, which is terrible if you’ve amassed a collection of (highly superior) after-market cables, like I have. :-/

That caveat aside, I find that typing on the ClamCase Pro is like second nature. Granted, I am not a touch-typist, but I am a fast 7-finger typist, and the distances between the keys are perfectly intuitive for me; my typing is about as error free as it always is — which is to say that there aren’t many more than my usual misspellings which I typically have to back up and immediately correct.

Here’s the thing: the iPad Pro will be a bit too large for me to comfortably use as a tablet, and if I wanted laptop capabilities with a screen that size, I’d just buy a MacBook. With that said, I do want to be able to type on my iPad without having the on-screen keyboard taking up so much real estate, so adding a keyboard is the best option for me.

Separate BT keyboards are nice, but they are an extra piece of equipment to carry, and they don’t allow for working without a table or other flat surface (incidentally, that is my issue with screen cover keyboards like the one on the iPad Pro or the Microsoft Surface). The ClamCase Pro takes all of the things I love about my iPad, but it makes my tablet into the complete laptop replacement package.

The ClamCase Pro retails for $149.99, and it is available directly from the manufacturer. You can get a $20 discount by signing up for their mailing list.

What I Like: ClamCase Pro Keyboard functions as a case, and can be used in multiple modes for maximum functionality; iPad turns on or off when case is opened; Easy to insert or remove iPad

What Needs Improvement: The charging port is too small to use aftermarket cables