Fact is, what we once thought was considered “mid-range” in regards to smartphones has truly changed. And now, you can have the same premium features you’d expect from those $500 and above smartphones at a reasonable price!

Huawei might be one of the top three smartphone makers in the world, and they certainly have done that again with their cost-effective P8 Lite smartphone. They sent us over their P8 Lite, which is the little brother of their high-end P8 smartphone released this year as well. The difference between the two isn’t much in the features, but more so in the price. Sporting a price tag of $249.99, the P8 Lite is in the business of proving that it’s better than it’s competitors, the OneTouch Idol 3 and the Zenfone 2. 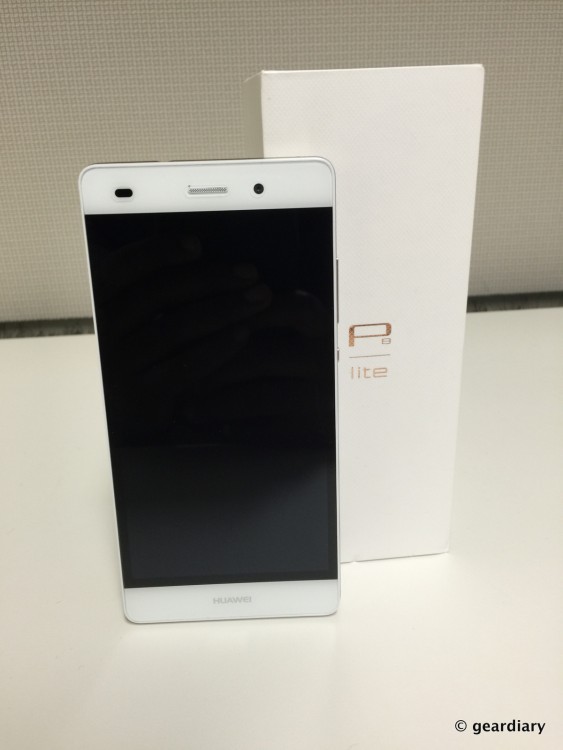 Unboxing of the Huawei isn’t that exciting at all. In it contains:

Obviously competing in the mid-$200 range for smartphones you won’t get a bunch of bells and whistles like free headphones, but Huawei’s lack of unboxing goodies are just in the packaging, not the phone.

The P8 Lite although made of the majority feels pretty sturdy in your hand with its rounded corners and buttons easily accessible on the side. All of the magic happens in regards to turning the device on and off, as well as volume control on the right hand side, which was a welcome change as an avid Apple user. 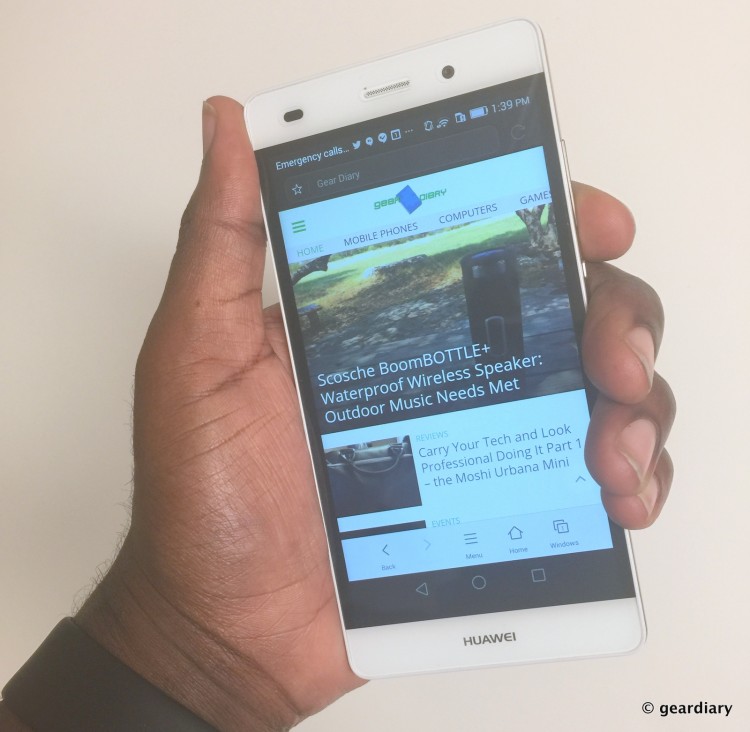 The back of the phone resembles most phones on the market with the camera and LED on the top left corner, with Huawei’s vibrant logo in the center of the device. 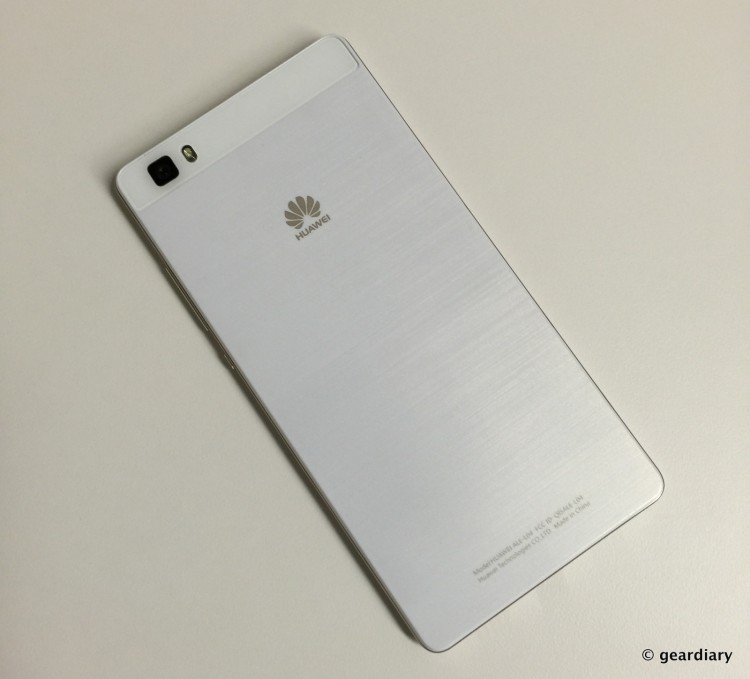 The sides have a faux-brushed chrome look which look like they might wear over time, but if you take good care of your devices you should be fine. I was a bit weary of the power button being so minuscule, especially sitting right underneath the volume rocker, but after a few minutes I adjusted, which I’m sure you will too. Also sporting Gorilla Glass 3, the screen itself is strong and sturdy.

Weighing in at 4.62 ounces, it’s a phone that can easily fit in a shirt pocket, or in your pants without problem at all. Most phones now have a thing for having two speaker grills on the bottom only separated by the USB port in the center. Nothing’s changed in this regard.

Huawei’s “Lite” phone itself has a 5-inch, 720p display which is on par with phones in this range. The 1.5GHZ octa-core processor is fast and snappy for the Android software included in it, coupled by the 2GB of RAM on board. The display to me is a small step back from its competitors though as both the Idol 3 and the Zenphone have larger displays, as well as 1080p resolution, which is a bit of a letdown. 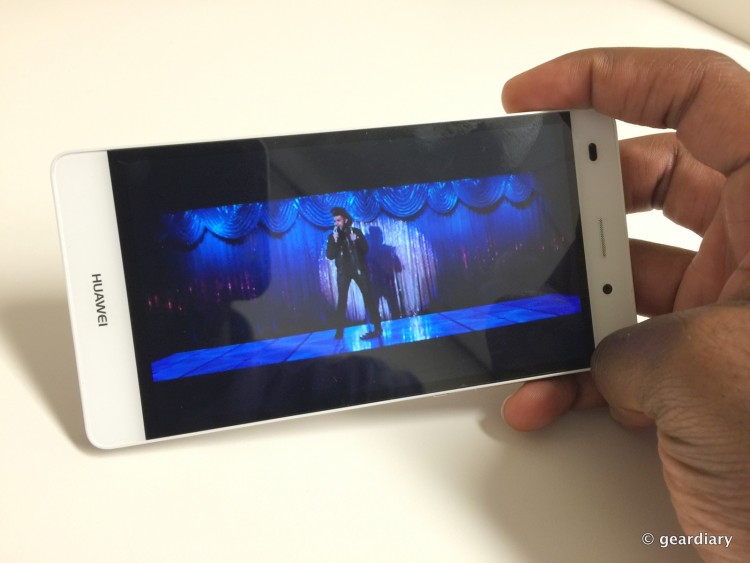 The P8 Lite comes with 16GB of internal storage with the ability to have an additional 32GB courtesy of a microSD card. I would’ve liked to see compatibility of 64GB cards, because at the time of this article, I’m certain 64GB cards are only around $30 on Amazon, so why not make that a feature? They did include dual micro/nano SIM slots though, but me personally I’m all about the memory my phone can use. Especially when the stock 16GB you’ll receive out of the gate do nothing with apps increasing in size. Not only that, but the next feature: The camera. 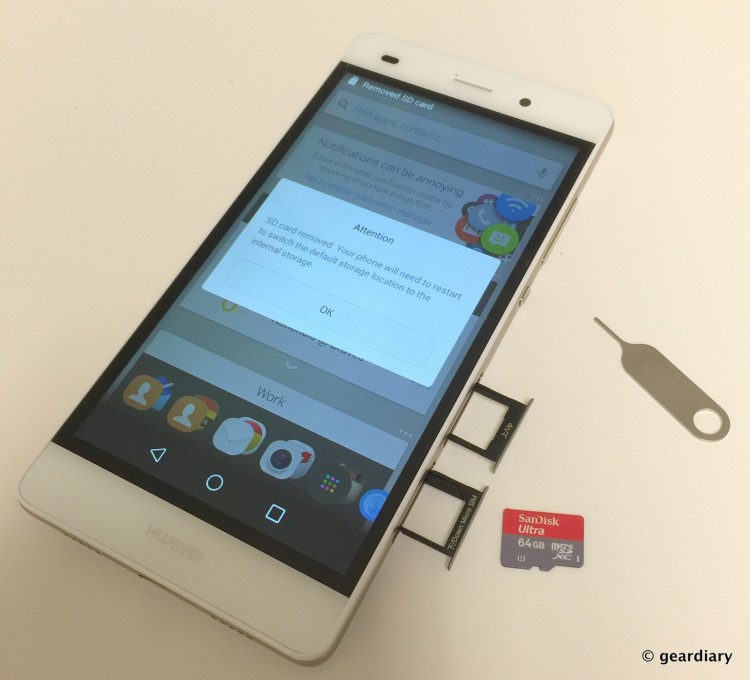 Huawei did get one thing right which is the camera on this device. Sporting a 13 megapixel camera and dual LED flash (5mp front camera), this phone is great if you have a habit of taking a bunch of photos for Instagram or of that cute puppy of yours. While you won’t get nearly the same amount of camera quality as it’s brother the P8, the Lite does hold up pretty well when it comes to photography. There’s a slight lag in switching modes from photo to video, but nothing too noticeable.

Software wise, the P8 Lite runs a stripped down, and visibly over-accessorized (through widgets and more) version of KitKat. With Marshmallow right around the corner, there’s no promise that this device will ever get to see that update, which is a tad bit disappointing. 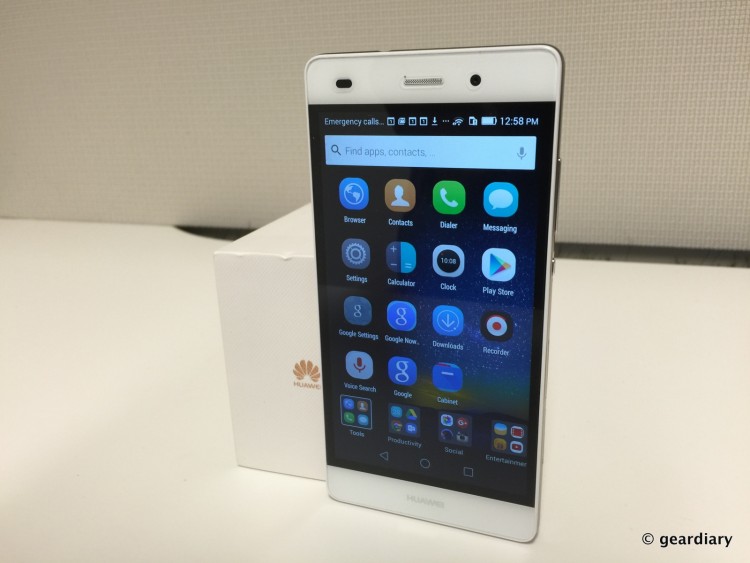 Battery life is nice with moderate use. I got through my entire day with emails, texts, and random social networking, and at 10:30pm I had about 18% battery life. Take into account I never use “auto-brightness” on any of my devices and on Wi-Fi majority of the day, including at my favorite Panera Bread across the street. On LTE, I’m sure the battery would’ve been less, so I tested it. Using just LTE, I ended up at about 50% by 3pm, and after playing a game of Solitaire and listening to some Google Play on my commute home, I was hit with the 20% alert around 6:15. So be sure to set up your settings accordingly.

Honestly, after reviewing the OneTouch Idol 3, I prefer that to the P8, only due to the lack of a 1080p display and only being able to use up to 32gb microSD cards which to me, makes no sense. I’m a bit mixed about the device because I love the feel of it, but standing next to its competition, it isn’t just the “LITE” version of the higher end model, but spec wise it’s inferior.