I’ve got a thing for slim batteries that have built-in cables, and while I generally prefer a battery with at least 5000mAh built-in, the PhoneSuit Journey 3500mAh All-in-One Charger has something going for it that none of the others I’ve tried do: Not only does it have built-in Lightning and microUSB charging cables, it also has a built-in AC plug! 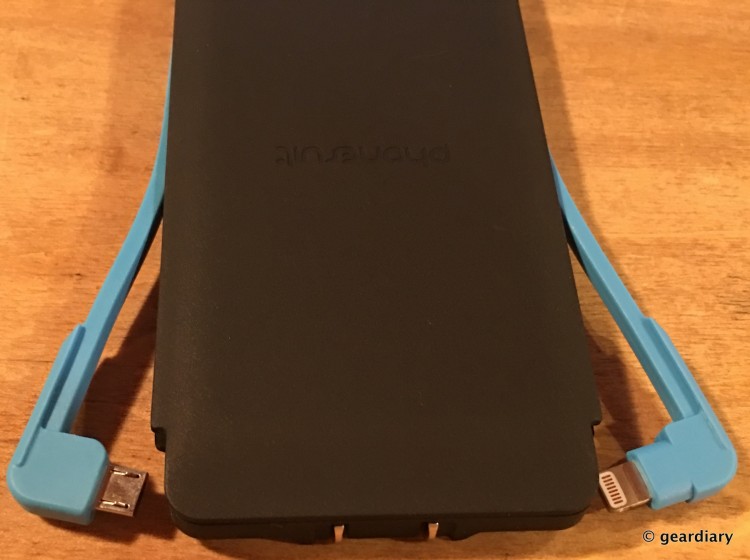 The Journey’s packing is quite nice and ready for gifting; a microUSB charging cable is also included. 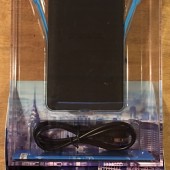 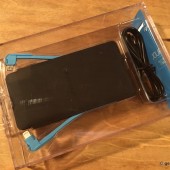 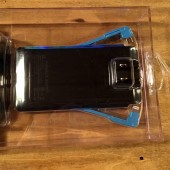 The bottom of the box slides open; no need to break it to get to the goodies inside 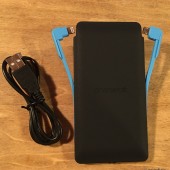 Measuring just 5″ tall by 2.6″ wide by 0.5″ thick, the PhoneSuit Journey is slim enough to be pocketable, or it will fit in all but the smallest evening bags. It’s body is composed of a rubber-coated plastic with blue chargers on either side; It looks really good, doesn’t it? Both chargers deliver 2.4A for fast charging. 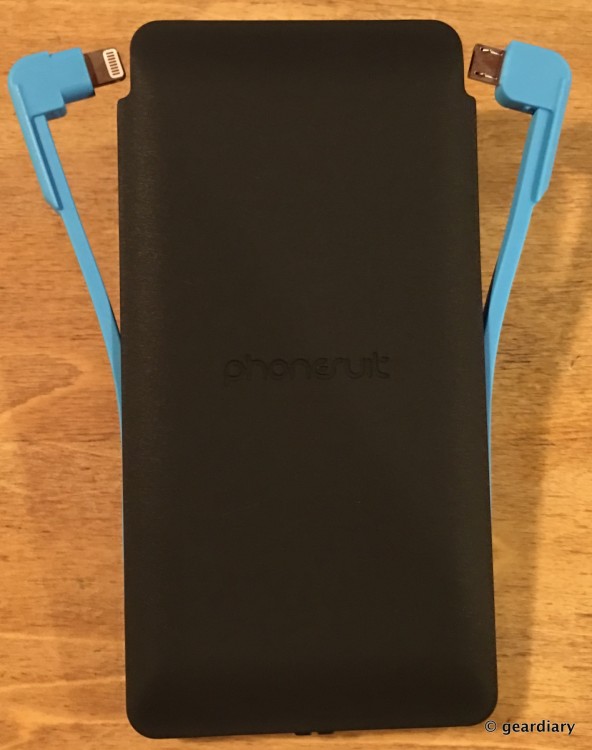 There’s only a slight bump on the end that has the AC plug; the plug flips down when it’s needed for charging, and it flips back up out of the way for carrying. 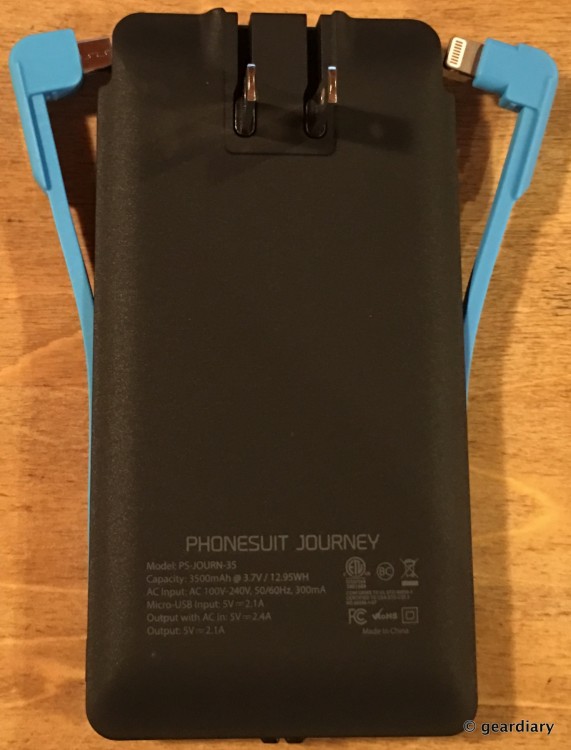 When not in use, both the microUSB and Lightning cable tips lock solidly into the top of the battery; Unlike some portable batteries I’ve tested, those cable tips are not going to pop out of their pockets! 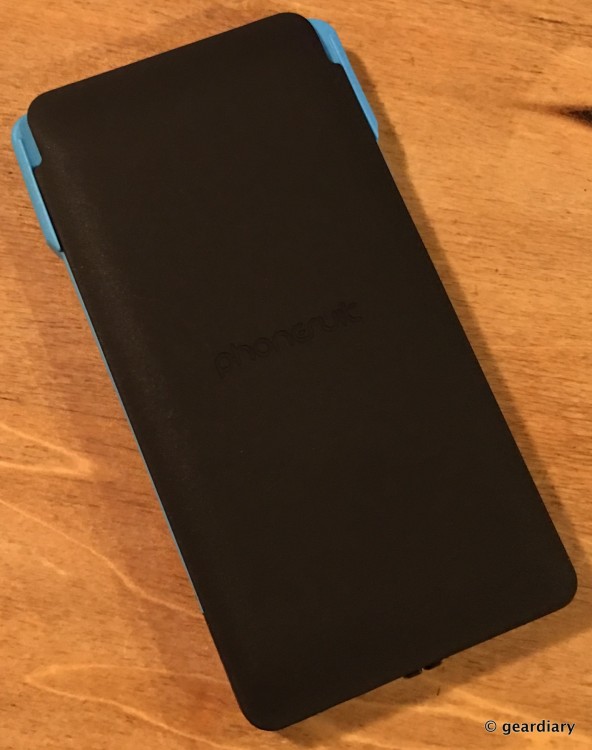 The Journey is sleek, and so utterly self-contained that if this were all it offered, I would still call it a winner. 3500mAh is more than enough to charge even the biggest phone batteries at least once; some it will charge twice. 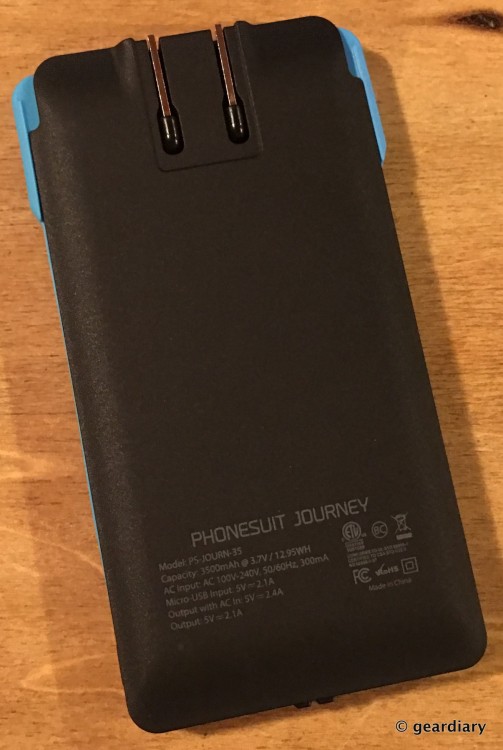 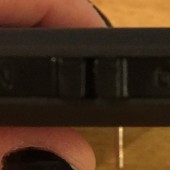 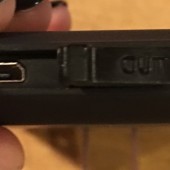 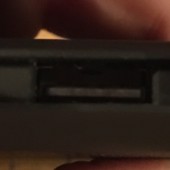 Four LEDs on the side indicate charging status; they only glow when the PhoneSuit is plugged in for charging or when it is attached to a device it is charging. You can also check battery status by pressing the button on the opposite side (under the microUSB cable charger). 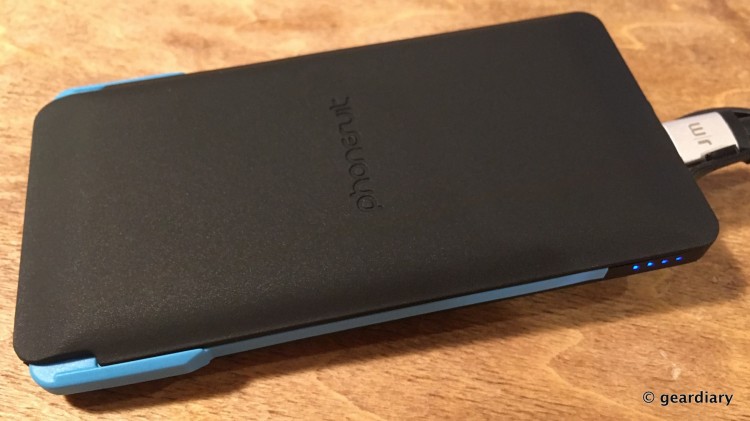 To activate the charging when a device is attached, you simply press the button on the microUSB side. The only two things that would make this battery perfect in every way would be if it were 5000mAh or more (which is a personal preference of mine), and if charging would begin when a device was plugged into the charger without pushing the button. 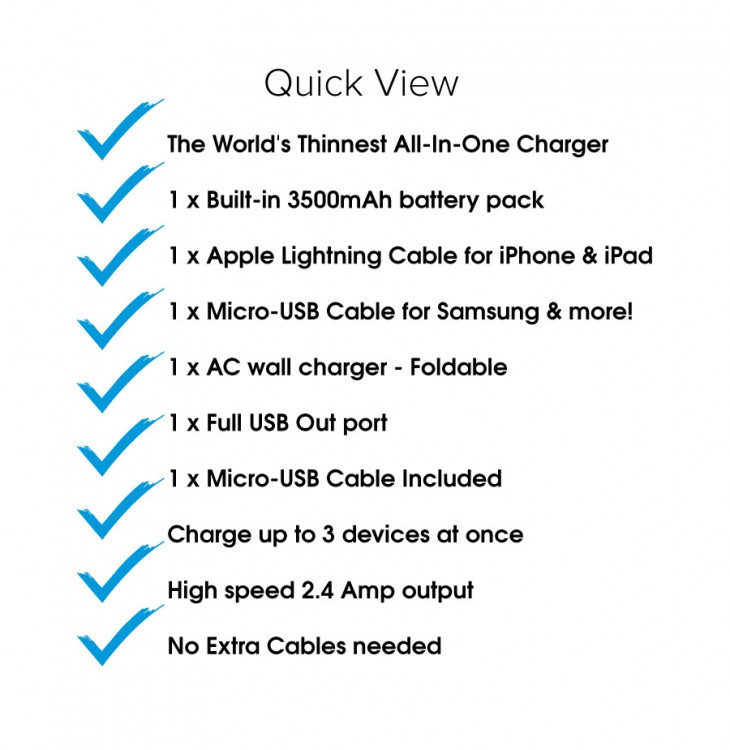 As it is, the PhoneSuit Journey All-in-One Charger is the most complete portable battery pack I have ever reviewed. I love that it not only accommodates every way you could want to recharge any device you might carry, it also considers every way that you might want to charge the battery pack itself. If we used a star rating system, I would give it 5 stars for convenience alone!

The PhoneSuit Journey 3500mAh All-in-One Charger retails for $79.95, and it is available directly from the manufacturer as well as other retailers including Amazon [affiliate link].

What Needs Improvement: I’d like it if it started charging the moment one of the built-in tips was inserted into the device to be charged; My personal preference would be that the charger have a 5000mAh or more internal battery, but that would likely increase its thickness