When you spend enough time online, you develop friendships with people you’ve never met. Unfortunately, twice this year I saw online communities raise money for people they thought were genuine community members in need, only to discover after the fact their “friend” was lying, or nonexistent! 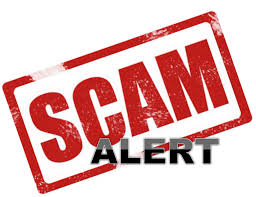 The first time I saw this happen it wasn’t as shocking. There was a woman who frequented an online forum I often visit, and she was active in the general forum as well as in the chit-chat/small talk section. It was in that section that she laid the groundwork for a long con; first, she mentioned offhandedly she was pregnant with twins, then she lost one twin in utero, and the other was born as a micro-preemie. All throughout these posts, people were sympathetic, offering advice, etc., and the poster/scammer insisted she and her husband were fine, they’d saved plenty and while this was a stress they’d get through it. Then she dropped off for a while, only to resurface with yet more woes; this time she had bone cancer, her husband left her after the stress of chemo became too much, she was a single mother of a micro-preemie fighting cancer, and her ex-husband had knocked up his new girlfriend and wasn’t pulling his weight supporting their child. Again, this was someone who had posted for over a year, and shared far more than just her sad tales; she celebrated with other people when they had good news, sympathized with bad news, and was clearly engaged and interested in the main forum topics. So when her tale reached the height of sadness, a few good-hearted forum members attempted to start a Go Fund Me account to help their friend; not long after, some eagle-eyed posters who thought the story was getting fishy did a reverse image search of the photos of her “daughter”, determined the photos were faked, and from there the whole scam fell apart. The Go Fund Me was shut down, people’s money was refunded, and in the end the whole thing would have netted the scammer around $5,000 had it not been stopped. That’s a low payday for such a long and involved con, but the scammer also received a ton of attention in the process. It also left the community reeling from the shock of realizing their “friend” never really existed.

That happened a few months ago, and while it was a surprise, I sort of shrugged it off as “well, you need to be careful about people you meet online.” Then last night I happened to see drama unfolding on Facebook that really shocked me, even though I was farther removed from the action. Several years ago (possibly as far back as 9 or 10 years ago), there was a poster on the Runners World forums who was going through cancer treatments but still running. She was friendly and popular, and a few years ago several people from the forums branched out into a Facebook group as someone had found out her cancer had relapsed and they wanted to surprise her with a fundraising effort. I had some friends on Facebook who overlapped with this effort, but I didn’t get very involved and honestly forgot about it until suddenly the Facebook group resurfaced on my News Feed; apparently the person everyone had thought they were helping was lying to them repeatedly. She may or may not have had a relapse of her cancer, but she apparently made up much of her running volume, invented a husband and photoshopped photos of herself with the person who she presented as her husband, and supposedly tried to get additional money from members of the group by targeting them individually. In this case, there was a fair amount of money raised, but the bigger shocker was that someone many people thought they knew well, from 10+ years on an online forum as well as via social media, was a total fraud. The person even maintained separate cell phones, so her facebook friends could text her “husband” to check in on her.

Separately, I don’t know that these events would have registered deeply with me, but seeing both happen within a few months is jarring. We all know there’s no Nigerian Prince looking to transfer his millions to our bank accounts, and you can’t make $10,000 a month working three hours a day from home. But we live in a world where online communities can be as real as flesh and blood ones, and these incidents are a good reminder that you need to be on your guard even when you think you know someone. If a story sounds off, Google whole chunks of it and make sure the scammer isn’t spreading the same tale of woe at other websites. If you’re tempted to give money but you just aren’t sure, it doesn’t make you a bad person.

And if you really aren’t sure, and someone’s pushing what feels like a scam HARD, let people like the Warrior Eli Hoax Group know. They investigate and expose internet scammers, as well as confirm true stories. Be safe out there!