Nearly three years since the last installment and more than five years since the series launch, series finale Avadon 3: The Warborn arrives this fall on Mac, PC and iPad. The epic franchise of games from legendary indie developer Spiderweb Software returns players to the exciting and delicately balanced world of Avadon, allowing them broad choices of storylines and character progress.

From the official press release:

Spiderweb Software, Inc. announced today the upcoming release of Avadon 3: The Warborn, the final chapter in the Avadon Trilogy. Avadon 3 will be an all-new, indie, retro fantasy role-playing game, full of exciting battles, lands to conquer, and the intricate stories Spiderweb Software is known for.

You are a Hand of Avadon, the Black Fortress. You are a warrior and spy, judge and executioner, with nearly unlimited power to fight the enemies of your homeland. Your word is Law.

But your lands have been invaded. Your borders have been overrun by barbarians, monsters, and powerful armies. Cities are burning, and your people are desperate for help. You have discovered a path to ending the war, but your plan will need every scrap of power and resourcefulness to succeed.

The ending to the saga is not set in stone, though. Yes, you can defeat the enemy and save your people. You might also betray your people and bring victory to the invaders. You can even, with cunning and violence, gain great power and wealth for yourself. In the conclusion to the Avadon Saga, the choice will be up to you!

Avadon 3: The Warborn is an epic fantasy role-playing adventure in an enormous and unique world. You can choose from five different character classes, each with dozens of spells and abilities. Explore cunning dungeons, hunt for hundreds of magical artifacts, and pass judgment on your enemies. Avadon 3 features many different endings. Will you save your people or betray them? We leave that decision up to you. Avadon 3 will be released for Windows, Macintosh, and the iPad in Fall, 2016.

You can head to Steam to pre-order Avadon 3, or get more information at the official site! Here is an early screen showing one of the dungeons you will explore! 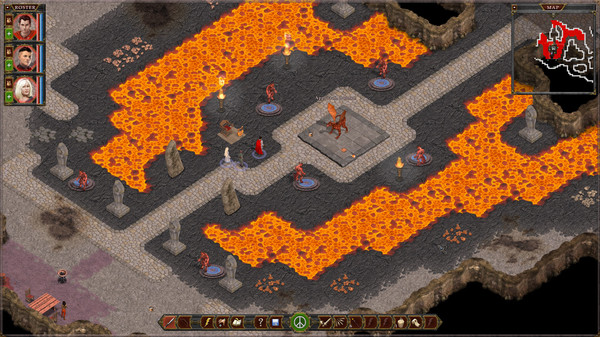