After just reviewing Creative’s Sound BlasterX H5 Gaming Headset last year, they sent over the update to those, in the BlasterX H7s, continuing their goal of being the best gaming headset on the market today! 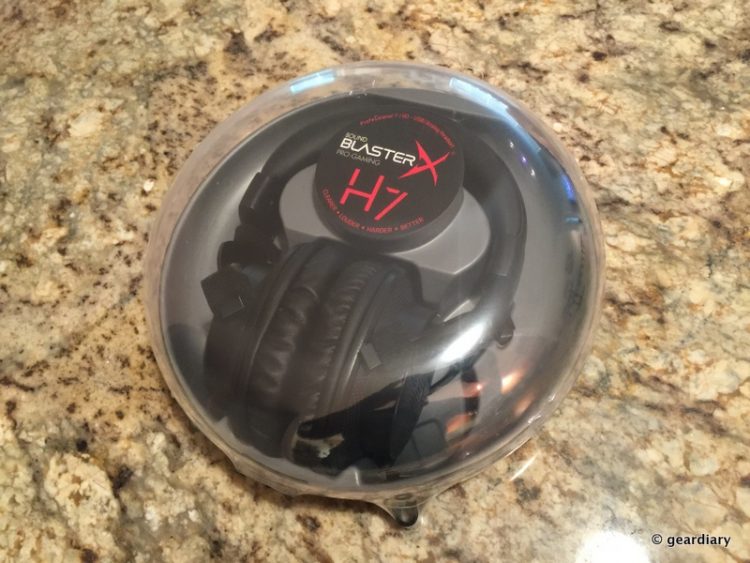 There are a lot of similarities in the H7s that are in the H5s from Creative, from the brushed metal down to the overall black design of the headset. Being someone who takes their gaming pretty seriously, especially online, a good headset is VERY hard to find.

So let’s start with a few specs on the creative Sound BlasterX H7s: 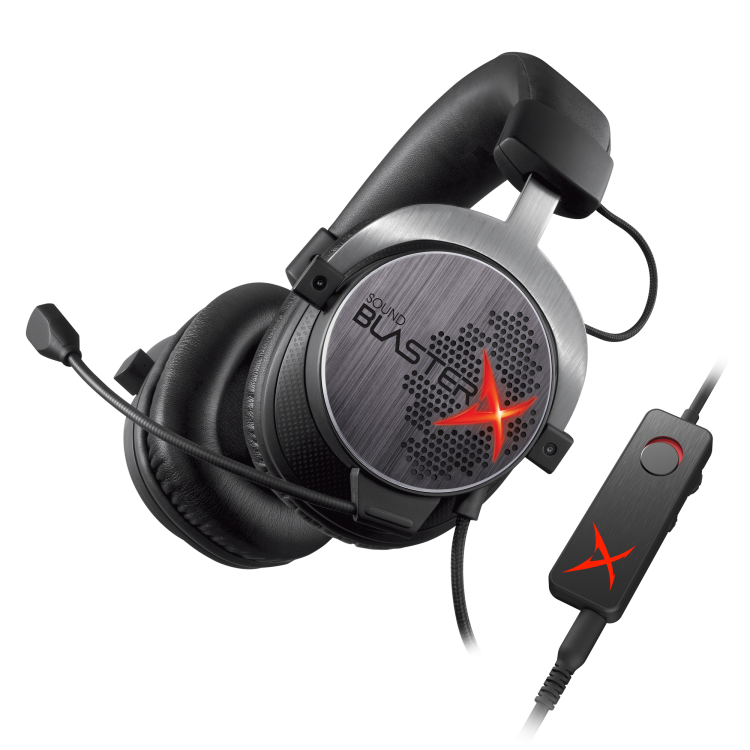 Compared to the Sound BlasterX H5s, the H7s are essentially the bigger brother model that take away the brushed aluminum look of the H5s in terms of overall appearance; they went for the matte black look. But it’s internally where the H7s show up the model before it. Other cosmetics you might see in the H7s: the X logo placed on the ear cup is now illuminated which is pretty cool, and it is a welcome change that doesn’t impact anything else other than sheer cosmetic appeal. 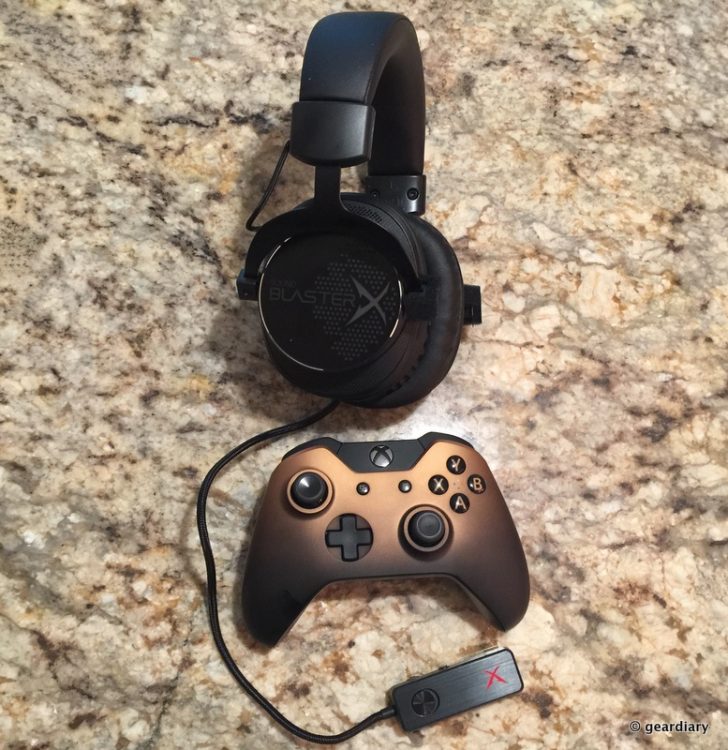 The noise reduction detachable microphone is still there, which I think is the best on the market today. I’ve tried other gaming headsets at a friends’ house, and none of them compare at all. Either they are stationary and sit out too far away from the face, or when speaking I get a slight muffling feedback sound in the headset which can be pretty annoying. Since the Sound BlasterX H7s come with a wind buffer, you won’t have to worry about it catching draft noises from your AC, and the person on the other end won’t complain to you about hearing commands when playing your favorite shooter.

Creative went for a simple overall look with their Sound BlasterX H7s which doesn’t add too many bells and whistles or look goofy when they are on your head, all the while not making you seem like a customer service representative while you’re playing your console. Adding the fact that the headset is super lightweight, you can easily play your games for hours without noticing that they are still on your head (unless you live with someone who commands your attention at a moment’s notice and you have to take them off, begrudgingly). Having padded ear cups and headband make the user experience very comfortable, and the memory foam-like ear cups do not hurt your head after immediately putting them on. I guess you could say the H7s simply adjust to your head, not the other way around. 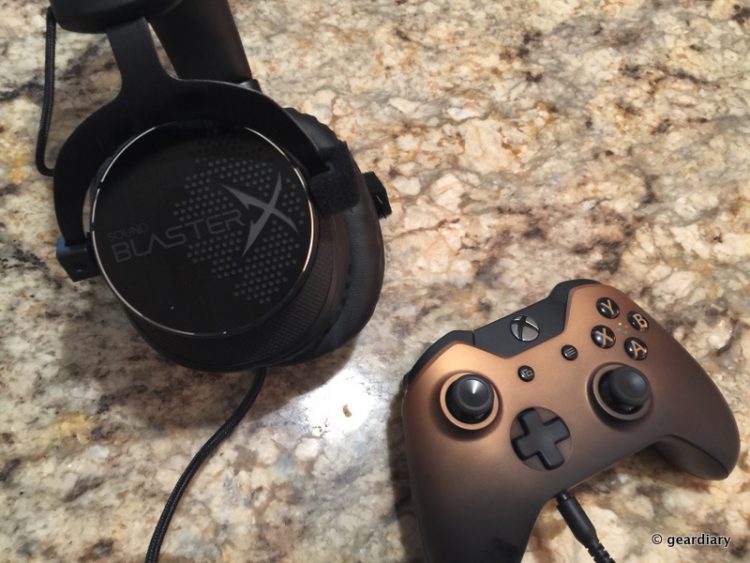 In terms of connectivity, there’s no other headset on the market that does it better. The H7s come with a 40cm braided cable that connects to the left earcup that features a mic control that lets you do things like answering your phone calls or simply pause and play whatever is going currently. The audio quality itself is VERY impressive while playing my Xbox One as in moderate volumes, I do not have to worry about the sounds being muffled at all. Everything sounds very balanced courtesy of the BlasterX Acoustic Engine, which helps decrease distractions, all the while enhancing the little details in your gaming experience, which is a major key in certain genre games. Such as Tomb Raider for Xbox One, being able to capture all of the real-time perception sounds helps in attempting to figure out the directions I need to go, which gives me a leverage I would’ve never had just using my television’s audio.

Overall the SoundBlasterX H7s are superior to the Blaster X H5s, but the pair can still be used in tandem. At $159.99, the H7s are a price bump from the $129.99 you’d pay for the H5s, but you’d miss the USB connectivity and the cool backlit headset features.

For more information on the SoundBlaster H7s, head over to Creative today!

What I Like: All Black matte looks superior to the H5s, and the USB connectivity is very premiere