Samsung’s newest watches, the Gear S3 smartwatches have just been announced; they are the natural successors to the Gear S2 line that was announced at IFA last year. There will be two S3 models available, the frontier and classic; the frontier is available in an LTE or Bluetooth model, and the classic comes in a Bluetooth version only. 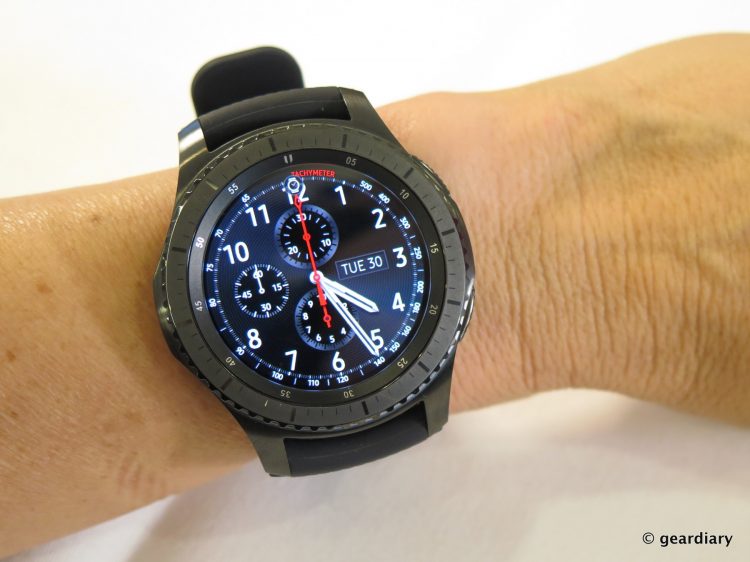 The new Samsung Gear S3 frontier and classic will look like “real watches” all of the time with a variety of always-on faces and styles to choose from. For the Gear S3, Samsung collaborated with Swiss designer, Yvan Arpa, to create their new 46mm watch; it is bigger than anything else in their portfolio, but it is very on-trend for the market. 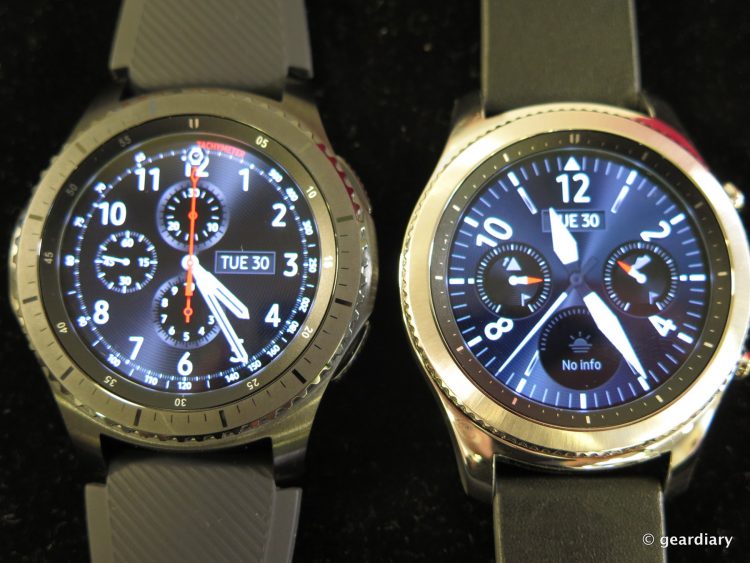 One of the coolest things about the Gear S3 frontier is that it will have the option of standalone Connectivity, that model has been updated to LTE (vs 3G) across carriers. The frontier will also be available in a Bluetooth only model; the classic is Bluetooth only. Both watches offer HD calling, both have built-in speakers so you don’t have to use your phone when making or answering calls; both have a built-in altimeter, barometer, GPS, and an enhanced SOS experience. 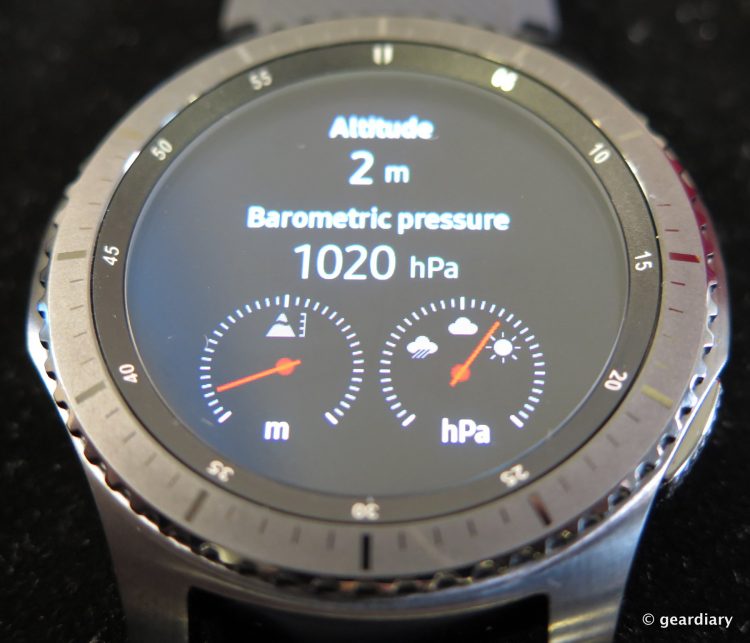 To call up the SOS feature, when you hot triple tap on watch, it will call a specified contact and send your location. You can mute the SOS feature by default, so the person you contact can hear you and know what’s going on, but in a dangerous situation, they won’t be saying “hello, hello” where your assailant can hear. Premium service will put ADT call service on the other end of the call. 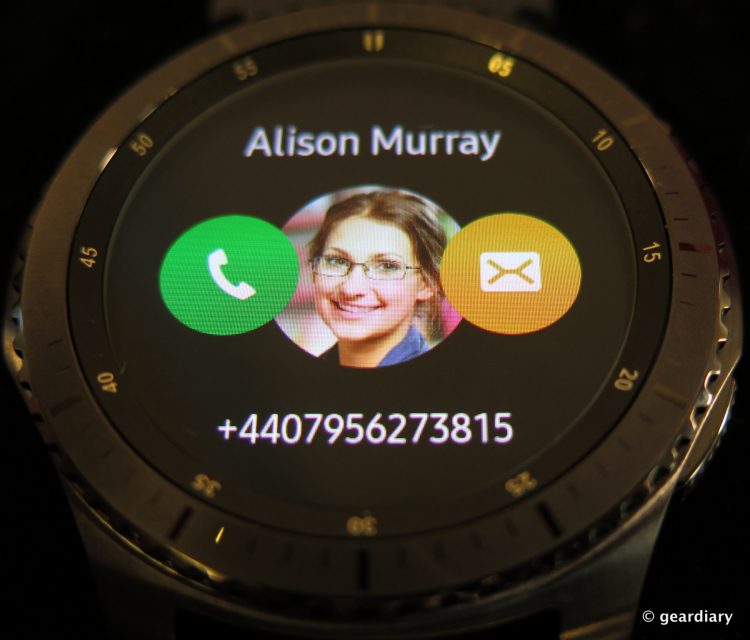 Standalone music will stream over the LTE version. Both versions will have auto activity tracking, challenges, leaderboards, and sleep tracking. The Gear S3 will be able to differentiate between running, cycling, rowing, hiking; the watches will be able to tell the difference between whether you are riding on a bike or riding in a car by the vibrations given. 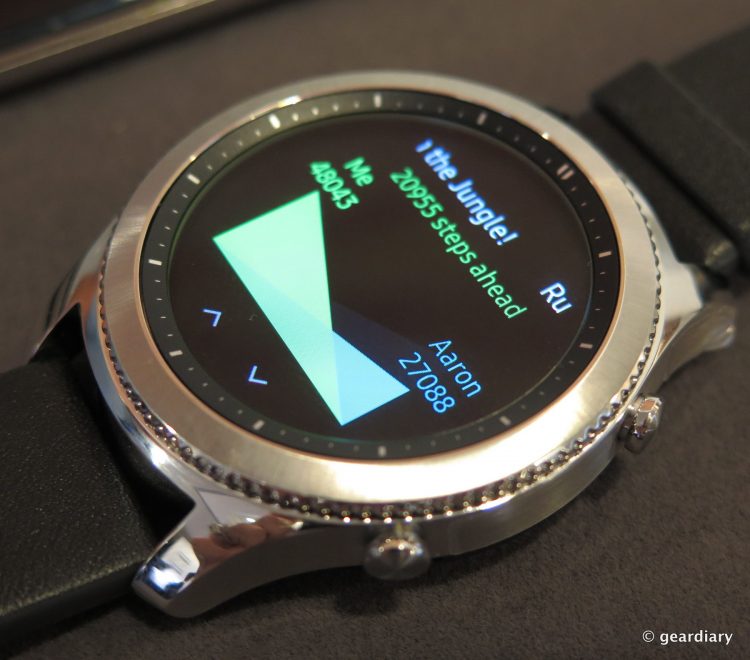 Both the Gear S3 frontier and classic will be “Everyday Ready”; they’ll be able to withstand the elements and day-to-day use with an IP68 water and dust resistance, and they’ll be able to handle being submerged in water up to 5 feet for 30 minutes or more.

Samsung is aiming for military-level durability; the Gear S3s will be able to handle high/low temperatures, vibrations, dust, and shocks. Both watches will have Corning Gorilla Glass SR+ Technology (this is the first time it’s being used on a device). 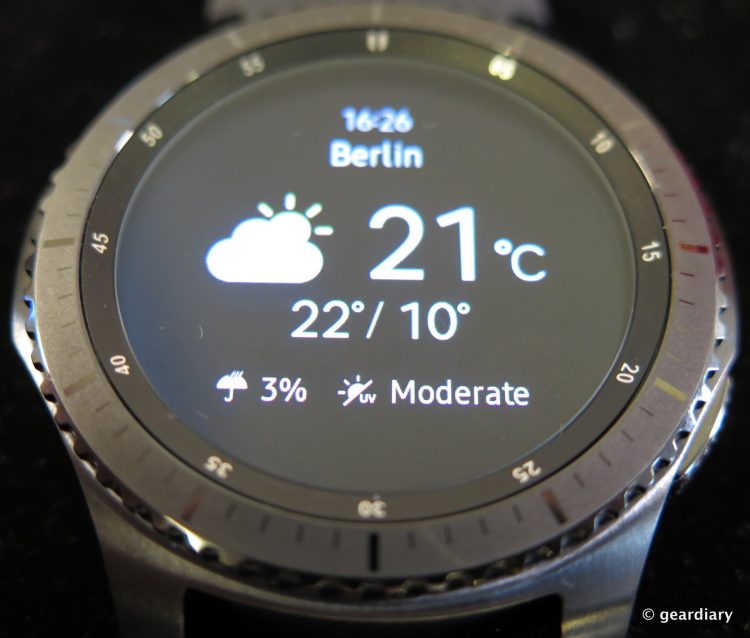 While the Gear S2 had a 250mAh battery, all Gear S3 models will have larger 380mAh, which should provide roughly 3 days use. They’ll also have a power saving “watch only” mode: at 5% it will only allow you to tell time (without notifications and other features) for up to 10 hours. 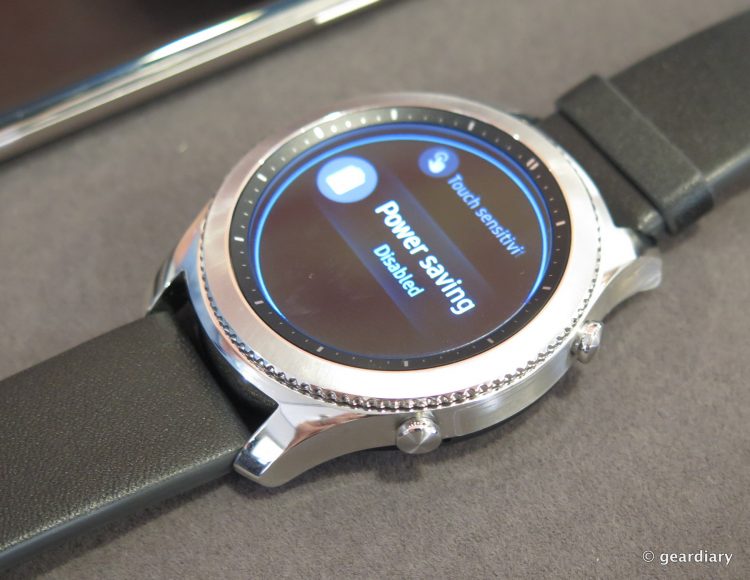 Samsung pay will be available on the Gear S3 in its full version, which means it will have NFC+MST (magnetic stripe technology). 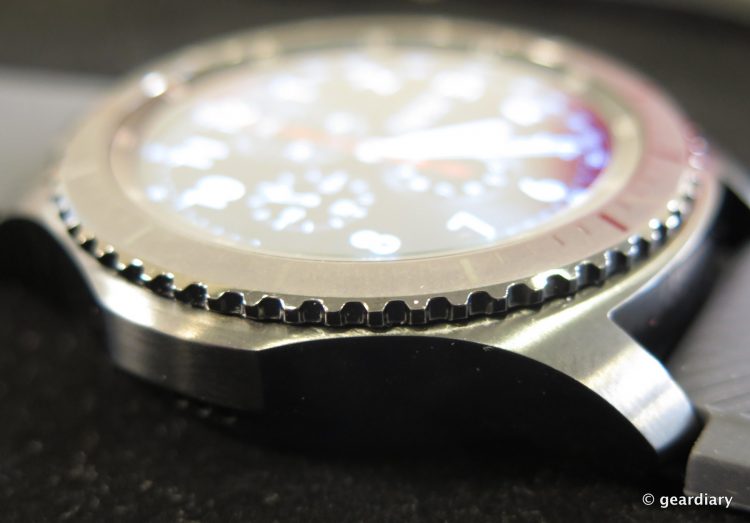 Samsung will be keeping the Gear S2 (42mm), Gear S2 classic(44mm), and the Gear Fit2 in their 2016-2017 portfolio, and those watches will be able to accept any software updates; the Gear S3 frontier (46mm) and classic will (oviously) have both the newest and most advanced hardware and software additions.

The new Gear S3 watches will measure 46mm x 49mm x 12.9mm, and they will weigh 62g. Internal memory will be 768mb + 4GB. The LTE version will have an embedded SIM, and all S3 models will have wireless charging.

I got to check out both watches yesterday. I was impressed by their build quality; I especially liked the rotating bezels on each, but I was particularly drawn to the look of Gear S3 frontier.  It’s style reminds me of another, much more expensive Android Wear Watch that came out a year or so ago (and that’s not a bad thing at all). If you were going to wear one of the new Gear S3s, which would it be?

Pricing for the Gear S3s will be within the standard price range of Gear S2; I’ll update with final prices once I have them.